I specialize in Bariatric Surgery and strive to provide quality, compassionate care to every patient. I enjoy what I do and I am honored to work with patients to make healthy live style changes.

Dr. Carlin is a Professor of Surgery at Wayne State University School of Medicine in Detroit.  He joined the Henry Ford Medical Group in 2003 and was appointed Division Head of General Surgery in 2011 and Vice-Chairman of the Department of Surgery in 2014.   He is a Diplomat of the American Board of Surgery and a Fellow of the American College of Surgeons. He completed his general surgery residency and obtained his medical degree at Wayne State University where he was inducted to the only national medical honor society, Alpha Omega Alpha, and graduated with High Distinction.

Dr. Carlin is dedicated to education and spent nearly 10 years as a member of the Graduate Medical Education Committee and as Director of the senior surgical resident conferences at Henry Ford Hospital.  He has been research adviser to multiple medical students and surgical residents and serves on the Surgery Committee of Southeast Michigan Center for Medical Education.  He has been a frequent annual recipient of the Outstanding Medical Student Teaching Award from Wayne State University.

He is a member of the International Federation for the Surgery of Obesity (IFSO) and American Society for Metabolic and Bariatric Surgery (ASMBS) for which he serves on the Access to Care Committee and the Accreditation and Quality Improvement Program Verification Subcommittee.  Dr. Carlin is Past President of the Michigan Bariatric Society (State Chapter of the ASMBS) and the Detroit Surgical Association.  He has broad experience in the field of bariatric surgery and has performed over 2000 laparoscopic bariatric operations at Henry Ford Hospital while helping develop their Bariatric Surgery Center as a “Center of Excellence.”

Research Interests
As Director of Bariatric Research at Henry Ford Health System his focus is on optimizing patient outcomes and strategies to avoid the potential deleterious effects of nutritional deficiencies.  As Chairman of the Executive Committee and a member of the Research and Publications Committee of the Michigan Bariatric Surgery Collaborative, Dr. Carlin hopes to improve bariatric surgery outcomes within the state of Michigan and globally.  He is an ad hoc reviewer for several journals including JACS, SOARD, and the Am J Surg. 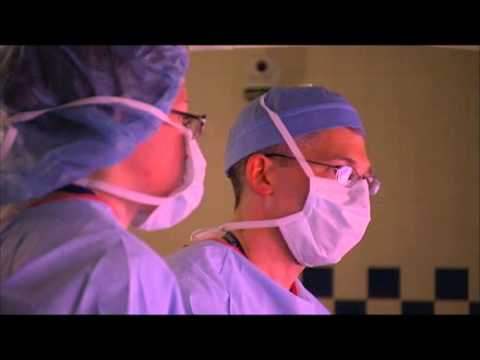