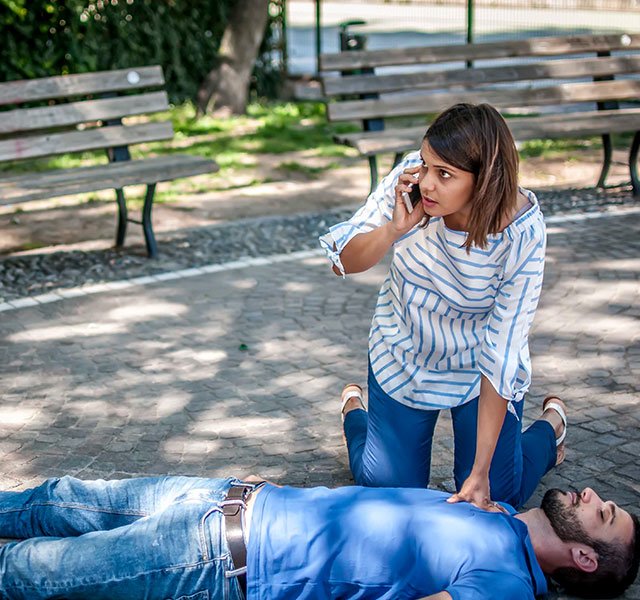 Sudden Cardiac Arrest: How To Recognize It And Respond

Although it can be a terrifying thing to think about, it is important to know how to recognize and respond to a sudden cardiac arrest (SCA). Timing is everything, and acting quickly truly could be the difference between life and death.

Sudden cardiac arrest is a medical emergency that is a result of a sudden electrical malfunction. Unlike a heart attack, where the heart may continue to beat and only the blood supply to the heart is compromised, SCA causes the heart to stop beating entirely. Because a sudden cardiac arrest results in an abrupt, unexpected loss of heart function, breathing and consciousness, blood circulation to the brain and other vital organs cease instantly. If not responded to immediately, structural brain damage, or even death, can result in a matter of minutes.

One of the leading causes of death among American adults is sudden cardiac arrest, including about 365,000 incidents per year, 95 percent of which are fatal.

What to Do If You Witness Someone in Sudden Cardiac Arrest

Given the severity and sudden nature of sudden cardiac arrest, response time and tactics are crucial to survival. The only effective treatment for an SCA is cardiopulmonary resuscitation (CPR) followed by the use of an automated external defibrillator (AED.) When performed quickly enough, the tandem of CPR and AED increase survival rates to 38 percent. “For every minute that passes without treatment, survival rates decrease between 7 percent and 10 percent,” says Dr. Koenig.

Should you witness anyone who you believe has just suffered from a SCA, you must take action, as quickly as possible:

As for what causes an SCA, most incidents are usually the result of, or preceded by, pre-existing heart conditions such as:

Each of these conditions has the potential to create abnormalities within the heart’s rhythm, referred to as arrhythmia, which is usually the immediate cause of an SCA.

“Other issues such as heart attack, poor heart function and physical stress can also lead to heart rhythm problems,” says Dr. Koenig. “A drug overdose or other toxins in someone’s system are also known to be causes of some cases of sudden cardiac arrest.”

At the first sign of a sudden cardiac arrest, call 911.

Concerned about your heart health? Discuss your concerns with your doctor or find a heart expert at Henry Ford Health. Visit henryford.com to find a cardiologist near you.