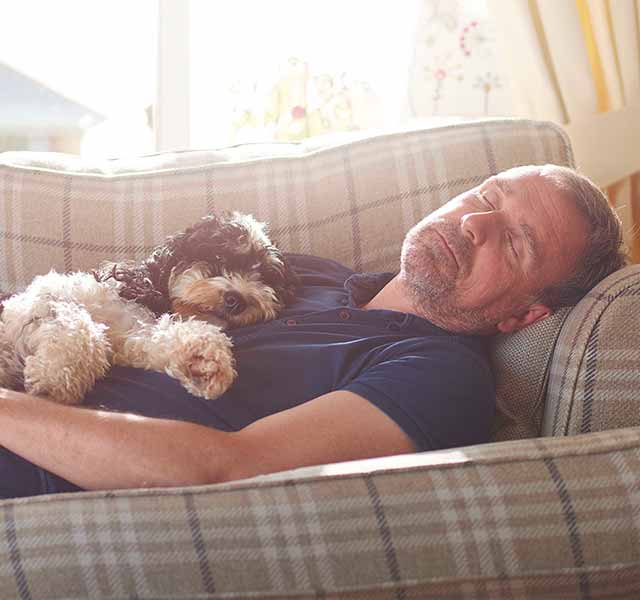 Getting sufficient shut-eye is as important to health, well-being and even shedding unwanted pounds, as diet and exercise. In fact, adequate sleep directly affects your ability to eat well, move and de-stress.

But when you’re short on sleep, are you more likely to reach for a supersized latte to get moving, skip the gym and get take out for dinner because you’re too wiped out to cook?

If this cascade of events happens occasionally, no problem. Trouble is, nearly two-thirds of Americans report their sleep needs aren’t being met during a typical week. Add to that the stigma of a daytime nap (you’re lazy!), and it’s no wonder sleep deprivation is a growing epidemic in this country.

“Most people need seven to eight hours of sleep each night,” says Christopher Drake, Ph.D., a Henry Ford sleep medicine specialist. So if you’re consistently logging less than that, you not only compromise alertness but set the stage for hormonal and metabolic changes that can increase your risk for the nation’s top killers: high blood pressure, diabetes and heart disease.

The good news: making naps part of your daily routine can help compensate for a sleep deficit, says Drake. And it’s a relatively simple step — compared to eating well and exercising — in the quest for optimal health and well-being.

Whether you’re nodding off at work during an afternoon slump or sneaking in a weekend siesta, we’ve got you covered with five steps to successful snoozing:

Related Topic:
Could Sleeping In Be Good for You

Still falling asleep at your desk despite a good seven- to eight-hour snooze? See a sleep specialist. Sleep disorders, such as sleep apnea and narcolepsy, can reduce the restorative quality of sleep. Getting an appropriate diagnosis can dramatically improve your quality of life.

To find a doctor or behavioral sleep therapist at Henry Ford, visit henryford.com or call 1-800-HENRYFORD (436-7936).

Categories : FeelWell
Tags : Christopher Drake, Sleep
You may also like...