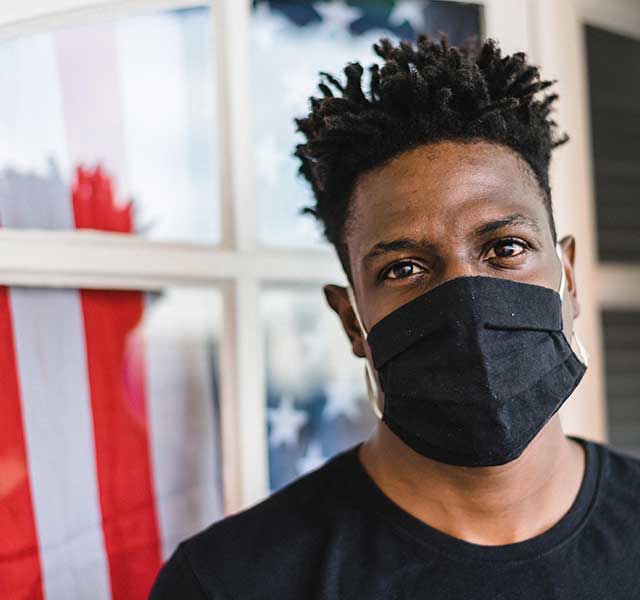 Health Disparities & Unconscious Bias: What You May Not Know

Disparities between groups of people are pervasive in our society, and they've become increasingly apparent in recent months with the emergence of the COVID-19 pandemic and events indicating social or cultural injustices. In July, Michigan Governor Gretchen Whitmer issued an executive order to enact new rules would make implicit bias training a requirement for receiving or renewing licenses for health professionals in the state, in an effort to reduce health disparities.

But what exactly are health disparities, and how do they impact health and well-being?

“Health/healthcare disparities” is a term used to describe differences in health and healthcare between groups of people. While these gaps are often associated with social, economic and environmental disadvantage, they actually arise from a complex mixture of individual, institutional and structural policies and practices—some conscious, some unconscious—as well as systemic issues and biases.

Disparities span across factors ranging from age and gender to race, socioeconomic status and sexual orientation. And despite growing focus on increasing equity within healthcare, not a lot has changed in recent decades.

Black infants die at two to three times the rate of their white counterparts. Similarly, African Americans suffer disproportionately from most chronic health conditions ranging from heart disease and diabetes to cancer and lung conditions (i.e., asthma) and stroke. Yet, despite these hard facts, people still hold false beliefs about why such disparities exist. Here are a few of the most prevalent:

The Myth: It’s their fault. When health disparities occur, there's a tendency to blame the victim. You might hear things like, "These are people who aren't taking care of themselves," or "They eat high-fat foods," or "They don't invest in their health."

The Reality: Health disparities have existed for decades, even when researchers control for things like diet, age and socioeconomic status. The current COVID-19 pandemic shines a bright light on the fact that disparities extend beyond how an individual takes care of him or herself. According to data from the Centers for Disease Control and Prevention (CDC), the COVID-19 death rate among Blacks in New York City was more than double that of whites and Asian Americans. Closer to home, African Americans make up just under 14% of the population in Michigan, yet account for 31% of COVID-19 cases and 40% of deaths from the disease, according to current state data.

The Myth: Health disparities result from a sort of domino effect. Inequities arise based on a population that starts off "ill" with pre-existing health problems.

The Reality: Health disparities exist regardless of current health status. Even people who are otherwise healthy may experience inequities related to healthcare access (like lack of insurance) and quality (stemming from factors including communication issues). People in marginalized populations experience a plethora of microaggressions and discriminatory experiences. Providers might downplay or dismiss symptoms or even make insensitive comments about a person's race, gender or sexual orientation. Medical research and literature indicates members of underrepresented groups also may not receive adequate pain medication in the emergency room. Each of these situations builds on another to create a scenario that increases an individual's risk of multiple health conditions. The end result is a lack of trust in the healthcare system.

The Myth: Health disparities only affect people who lack resources.

The Reality: Health inequities don't only affect under-resourced African Americans, or people who are homeless and don't have the ability to social distance. These issues may disproportionately impact the poor, but they are not exclusive to people in minority populations who are in poverty. When socioeconomic status and level of education are factored out in research, the gaps in health outcomes are profound and still persist.

The Myth: Unless you're part of a group that suffers from health inequities, you can't "fix" issues related to health disparities.

The Reality: While healthcare strives to do more work at a structural level—like ongoing training and resources for employees and equitable hiring practices—every individual could play a role in addressing disparities on a societal level. It's important to understand that many biases are unconscious (also sometimes called "implicit bias") and that we all have these blind spots. While you can't completely eliminate unconscious bias, you can take steps to correct it and increase awareness, which will ultimately help improve outcomes.

Closing The Gap On Health Disparities

It's important to recognize that over time, marginalized and historically disenfranchised people experience conditions that adversely impact their duration and quality of life. In that sense, health disparities run so deep that they create a level of trauma within the individual that literally impacts their DNA (at a chromosomal level). Studies show that the chronic stress of living with social disadvantage, inequality and racial discrimination may damage key biological and physiologic systems that can tip the odds toward the onset and progression of illness.

The good news is there are things everyone can do to mitigate health disparities. You can start by taking an active role in becoming part of the solution. Here's how:

Your first step toward becoming the change we need in our community and in society at large: Take the Harvard Implicit Association Test and determine what unconscious biases you may exhibit. The more you challenge yourself to raise awareness about your own tendencies, the more you're able to be the change. This is not a Black issue or a brown issue. This is about calling people in, not focused on “calling people out.” We have to have diversity at the table in order to see change.