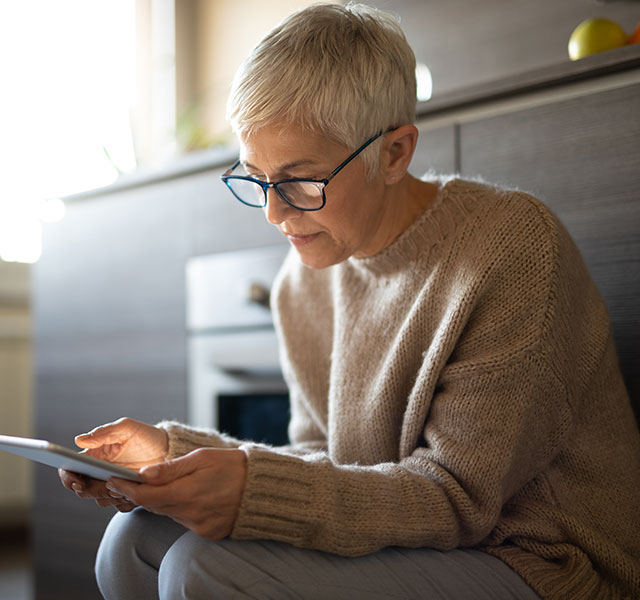 Ovarian cancer occurs when malignant (or cancerous) cells begin to develop in the ovaries. The American Cancer Society estimates that, this year, there will have been 21,750 women diagnosed with ovarian cancer, and they say that ovarian cancer is 5th in cancer deaths among women.

Here, Miriana Hijaz, MD, a gynecologic oncologist with Henry Ford Health, answers the questions about this illness that every woman should know.

Q: What are the symptoms of ovarian cancer?

A: Unfortunately ovarian cancer is a silent disease—the symptoms are non-specific, which is why most patients are diagnosed with stage 3 or above. Only 20% are found at an early stage. Abdominal bloating, pelvic and abdominal pain, difficulty eating or feeling full quickly, fatigue, stomach aches, constipation, unintentional weight loss, and symptoms of bowel obstruction (if the cancer is at an advanced stage) can be symptoms.

Q: What are the risk factors for ovarian cancer?

A: One of the major risk factors for developing ovarian cancer is advanced age. The median age of diagnosis is 63 years old. Early menstruation before age 12 and late menopause after age 55 appear to be risk factors as well. Other risk factors include never giving birth to a child or carrying a pregnancy, along with having endometriosis, which has been found to be associated with some subtypes of ovarian cancer. There are environmental factors as well: certain studies have found an association between asbestos exposure and increased death from ovarian cancer.

Q: Should women in this genetic high-risk category get screened early?

A: Yes. If someone is in this high-risk category, we start screening them at an early age, usually during their 20s, or 10 years before the earliest diagnosis of ovarian cancer in their family. We’ll do a transvaginal ultrasound or a blood test to detect any abnormalities.

A: Many women have ovarian cysts at some point in their lives, and most ovarian cysts are harmless and disappear without treatment in a few months. Cysts that develop in post-menopausal women could be cancerous or malignant—that’s why it’s important to have a routine pelvic exam. If anything is detected, your doctor can order an ultrasound or CAT scan, as well as blood work. But just because you’ve had an ovarian cyst doesn’t mean you have or will develop ovarian cancer—most women don’t develop ovarian cancer.

Q: How is ovarian cancer treated?

A: It always depends upon the stage and the functional status of the patient, but since most patients are diagnosed with stage 3 and above, it will usually be treated with a combination of surgery and chemotherapy.

Q: What is the survival rate of ovarian cancer?

Q: Can you reduce your risk of getting ovarian cancer?

And if you have a genetic mutation and are at a high risk of developing ovarian cancer, you can significantly reduce your risk by having your fallopian tubes and ovaries removed. This procedure would be scheduled after you’re done having children and you’re around 35 to 40 years old. It’s an important conversation to have with your doctor.

Lastly, to reduce your risk of developing any type of cancer, it’s always recommended to eat healthily and exercise.