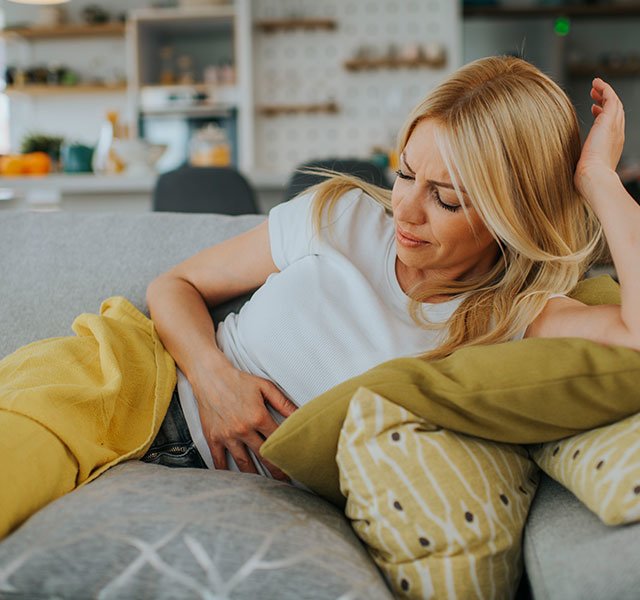 Why Does My Stomach Make Noises? What’s Normal And When To Seek Help

Those rumbling and gurgling sounds from your stomach – are they a sign of hunger, indigestion or something more serious? Eva Alsheik, M.D., a gastroenterologist at Henry Ford Health, frequently hears these questions from her patients.

“These noises are normal, as long as they aren’t accompanied by other gastrointestinal symptoms, such as pain, nausea, excessive bloating, distention, diarrhea or constipation,” she says.

Here Dr. Alsheik explains what causes these stomach sounds, ways to reduce stomach rumblings and minimize discomfort, and when you should see a doctor for a medical evaluation.

Make an appointment with a Henry Ford gastroenterologist or your primary care doctor today.

The noises your stomach makes, called borborygmi, are normal intestinal sounds that occur during the digestive process.

“The smooth muscles that line the gut contract and squeeze food and gas through 30 feet of small intestine and large intestine. This process, called peristalsis, generates stomach sounds,” Dr. Alsheik says. “Even when you can’t easily hear these noises, your doctor can hear this digestive activity with a stethoscope.”

Dr. Alsheik educates patients about factors that may increase stomach noises and cause mild discomfort during digestion. These causes include:

Each day, you swallow air that moves through your digestive tract. You swallow more air when you sip from a straw, drink a carbonated beverage or smoke.

We each have millions of healthy bacteria in our guts that help break down and absorb the food that we eat. This process releases hydrogen and methane gases, which can cause increased gut sounds, bloating and other gastrointestinal symptoms. If you have an overgrowth of unfavorable bacteria (called dysbiosis of the gut), those gut sounds may be more severe.

Anxiety may affect your digestion. For example, you may wake up in the morning and feel some stomach discomfort, causing you to worry about how to manage your daily tasks and activities. This increase in stress can then cause more gastrointestinal symptoms.

“Now more than ever, people are in tune with how the food they eat affects their digestion. However, it is important to look at all factors that may be contributing to digestive issues,” says Dr. Alsheik.

Related Topic: What Your Poop Says About Your Health

How To Reduce Stomach Noises

When To See A Doctor

It’s important to pay attention to your body and recognize when you may need medical care.

Dr. Alsheik recommends seeing a doctor if you have bothersome stomach noises along with any of these symptoms:

“These symptoms may be signs of a wide range of gastrointestinal disorders, including an intestinal blockage, inflammatory bowel disease, malabsorption disorder (such as celiac disease) or a motility disorder, which is when someone has digestive problems because the nerves or muscles of the gut aren't working in a coordinated way,” says Dr. Alsheik.

To learn more about care for gastrointestinal disorders or schedule an appointment with a gastroenterologist at Henry Ford, visit henryford.com or call 1-800-436-7936.

Dr. Eva Alsheik is a gastroenterologist and is the director of the Center for Motility Disorders at Henry Ford. She sees patients at Henry Ford Hospital in Detroit and at Henry Ford Medical Center - Columbus.

Categories : FeelWell
Tags : Eva Alsheik, Gastroenterology
You may also like...