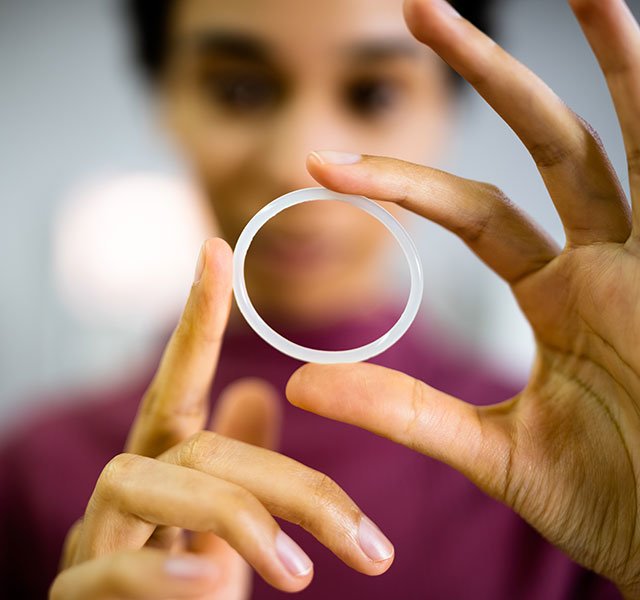 Considering Nonhormonal Birth Control? A Breakdown Of Your Best Options

It's no secret that shifting hormone levels can affect everything from your mood to your menstrual cycle. And if you're a smoker or have high blood pressure, hormonal forms of birth control can increase your risk of stroke. Add it all together and for many women, the choice of contraceptive hinges on whether they want hormonal or nonhormonal birth control.

"We often use hormonal forms of birth control to manage premenstrual syndrome, cramps and heavy bleeding," says Katelyn Hartung, D.O., an obstetrician and gynecologist at Henry Ford Health. "The women who are seeking nonhormonal forms of birth control generally don't have a lot of complaints about their periods — and they don't want to disrupt their natural hormone levels."

Whether you're searching for nonhormonal methods of birth control for medical reasons, or because you don't want to muck with your body's natural hormones, there are many nonhormonal birth control options that can safely and effectively prevent pregnancy.

Of course, steering clear of sex altogether is the most effective form of birth control. But abstinence isn't the only nonhormonal option for birth control. Each method of contraception comes with advantages, disadvantages and varying degrees of effectiveness.

These so-called natural forms of birth control are the least reliable options. Still, many women find them preferable to other methods.

Chemical and barrier forms of birth control prevent pregnancy by blocking sperm from reaching an egg.

If you're looking to protect against pregnancy for years or longer, you have a couple of options:

When it comes to hormone-free birth control, the best option is the one that feels comfortable to you — and that you’ll use with confidence every time you have sex. The key considerations when you make contraceptive decisions:

"I like to provide patients with all of the options up front, so we can discuss which ones are best for their unique circumstances," Dr. Hartung says. "The idea is to find the option that is safe, effective and won't cause bothersome side effects."

Remember, too, that with the exception of permanent forms of birth control, like sterilization, women can switch methods as needed. You have options. So never hesitate to ask your doctor to help you understand the pros and cons of every available method.