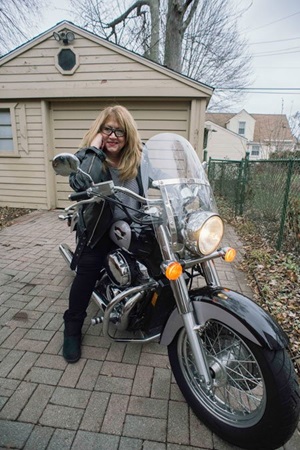 Lynne Kordich, 65, has a big personality and a zest for life. She prides herself on being open to new experiences and adventures. Lynne loves riding her motorcycle, entertaining friends and hanging with her fur-baby, Crystal. She also enjoys traveling. But in March 2019, when worsening knee pain ruined her trip to Key West, Lynne found the motivation she needed to have knee replacement surgery.

“I’d been having knee pain in my right leg for 3 years,” Lynne said. “I tried to suck it up. I tried alternative treatments and injections. Nothing was working.” While in Key West, Lynne realized that she couldn’t walk or even sit through long dinners without pain. She finally decided to have her knee replaced when she got home to Royal Oak, MI.

Lynne describes what happens next as divine intervention. While enjoying the pool in Key West, just days after deciding to have her knee replaced, Lynne met a woman who was also from the Detroit area. They discussed Lynne’s knee pain. The woman recommended Benedict Pellerito, M.D., an orthopedic surgeon at Henry Ford Health. He had operated on the woman’s mother and she was thrilled with his expertise and the personalized care he provided.

Lynne took the chance meeting as a sign and went to see Dr. Pellerito as soon as she returned home. “It took me 3 years to make this decision, so I was apprehensive,” Lynne says. “But I could tell immediately that Dr. Pellerito knew his stuff. His bedside manner was phenomenal — he was obviously a caring and compassionate man.”

Lynne had a total knee replacement in May 2019 at Henry Ford Macomb Hospital. Dr. Pellerito used titanium implants for the surgery since Lynne is allergic to nickel.

“The entire experience was great,” Lynne says. “Everyone at Henry Ford was so nice, and the recovery nurses did a wonderful job managing my pain.” 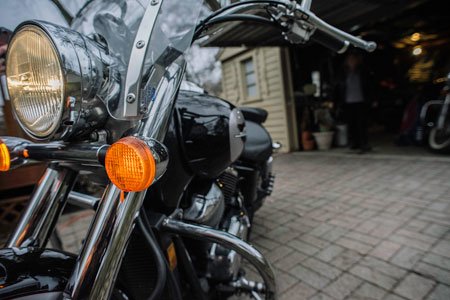 “I’m only 2 months out from the surgery,” Lynne says, “but I’ve been working hard and doing well so far. I owe it all to Dr. Pellerito. I love Dr. Pellerito, and I tell him so every time I see him.”

With her knee on the mend, Lynne’s not looking for a big adventure just yet. She’s eventually hoping to revisit an activity that her aching knee prevented her from enjoying: “I want to get back to jogging,” she says. “I haven’t done it in 3 years and would love to jog again someday.” For now, she’s excited to be walking as much as she likes, pain-free.