The awards are prominently displayed in design studios around the world and are merchandised as industry validation of great design.

The EyesOn Design Awards at the North American International Auto Show, the officially-sanctioned design awards of NAIAS, were presented on Tuesday, Jan. 15, 2019.

The Eyeson Design Awards at the North American International Auto Show 2019 went to: 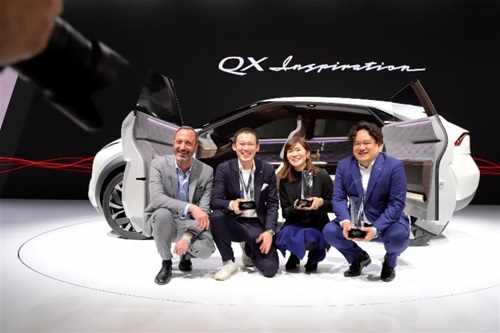 Innovative Use of Color, Graphics or Materials  - Infiniti QX 3 Inspiration Concept
Presented by Axalta
The judges say: "Embodies a modern take on materials while retaining a clean Japanese sensibility." 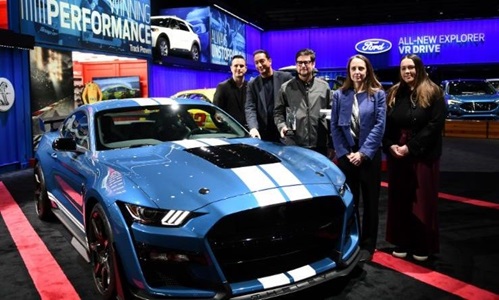 Best Production Vehicle  - Ford Mustang Shelby GT 500
Presented by Covestro, LLC
The judges say: "The next best tribute to the Mustang ... what the car really represents." 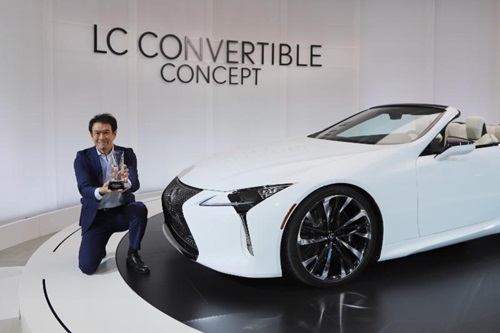 Why does an eye institute present awards?

The Detroit Institute of Ophthalmology knows that it is only with good vision that a person can fully appreciate the beauty of good design. The DIO takes part in the event in part to celebrate this focus on design, and also to raise money to support its goal of assisting and educating the visually impaired – helping them to maintain independence and dignity, while learning how to live a satisfying and productive life in a sighted world.

However, the Detroit Institute of Ophthalmology also has a more direct link to automotive-related issues. It is a world leader in facilitating collaborative research related to the eye. This includes two biennial research congresses, one of which (The Eye, The Brain & The Auto) explores the relationship between vision and the safe operation of a motor vehicle.

The judges are global design leaders from major domestic, Asian and European OEMs. The panel includes the professors of design from the most influential academic automotive design programs, and a team of leaders from independent design studios.

In addition, from this group, three or four chief judges are selected by Thomas Gale, Founding Chairman of the EyesOn Design Awards at the North American International Auto Show, to represent design from a broad perspective. With these internationally renowned leaders, the judging process is ensured to be fair and the credibility and importance of the award-winning vehicle designs is easily recognized by the automotive design community.

All EyesOn Design awards are made of optical crystal of great purity with a very high index of refraction. Like the eye itself, these awards transmit and refract light in a spectacular manner.

Special thanks to sponsors of the EyesOn Design Awards at the North American International Auto Show.