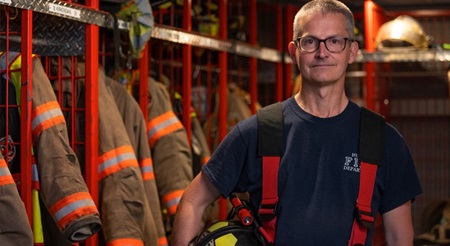 “The Cardiac Surgery team at Henry Ford Health saved my life. Actually, they gave me a chance to live a more fulfilling life,” said Tom Kern of Hudson. In 2020, at age 50, Tom had made a life-changing career move from engineer to firefighter. “My job hadn’t been satisfying for a very long time. I was burned out, running on fumes, and my firefighter daughter convinced me to make the change,” he said.

Tom was aware he had a heart murmur. But it hadn’t been a problem until 2019, when he passed out several times after jogging. Still, he remained in denial until the following year, when he nearly passed out at the Fire Academy. Checking in with his primary care provider, Tom was referred to interventional cardiologist Matthew Jonovich, M.D.

Dr. Jonovich dropped a bombshell. Not only did Tom have a defective heart valve, but he also had an aneurysm (a dangerous stretching and thinning) in the heart’s main artery—the aorta. The condition required open-heart surgery. Dr. Jonovich said Tom would likely have to give up firefighting.

Tom next met with cardiothoracic surgeon Vincent Simonetti, M.D. Comparing Tom’s current test results with those taken in 2012, Dr. Simonetti said his condition had gotten much worse than expected in that amount of time. He also explained that if the aneurysm was not repaired, it would eventually burst, and Tom would die.

“Fortunately, Dr. Simonetti was confident he could fix me. He used pen and paper to draw my various options and exactly how each would be done. He went over the risks involved with each option, so I could make a knowledgeable choice,” Tom said. “We came to a decision and, even though I tend to be a ‘stress bag,’ I wasn’t at all worried about having the surgery.” 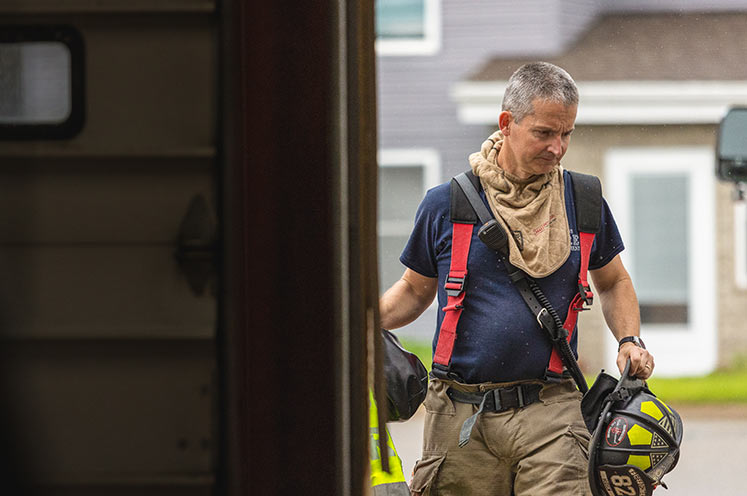 "The Cardiac Surgery team at Henry Ford Health saved my life. Actually, they gave me a chance to live a more fulfilling life."

How Long Does It Take to Feel Normal After Heart Surgery?

Learn more from the experts.

Tom said his sister, a physician assistant in Ohio, wanted him to go to a Cleveland hospital known for heart surgery. “But my wife, Sandy, is an RN at Henry Ford – Jackson Hospital, and she was convinced I would get the best care right here—end of discussion. That definitely turned out to be the right choice for me.”

The care Tom received—both in the Hospital and later in Cardiac Rehabilitation—was even better than expected, he said. “Physician Assistant Sarah Chase was an absolute gem, and the rest of the team was wonderful too. I’m grateful for their kindness and everything they did for me.”

Tom was determined to finish his firefighter certification and begin working with the Hudson Fire Department. “I told the team I would quit if they weren’t 100 percent comfortable with my ability, but they were happy to welcome me,” he said. Dr. Jonovich, whose father was a fire chief, also supported Tom’s decision.

Happy to be gaining his strength back, Tom is getting into firefighting slowly but surely. “This team is like a bunch of moms,” he joked. “They are watching me carefully to make sure I don’t overdo it physically too soon. But I feel ready to take it all on.” 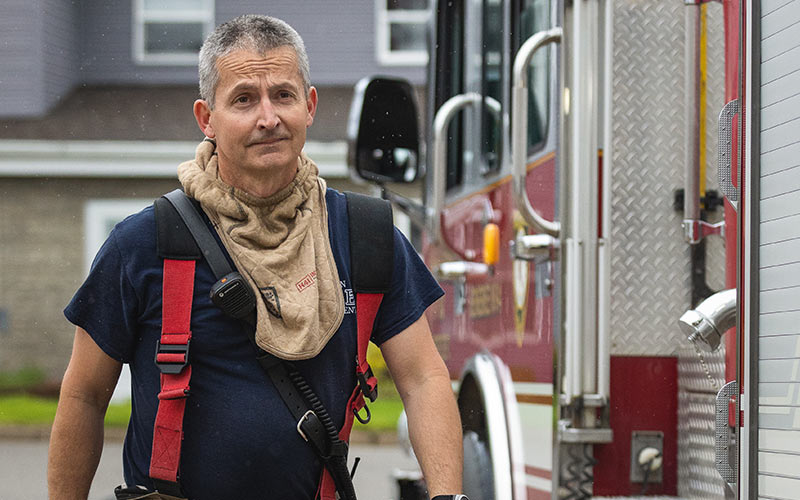 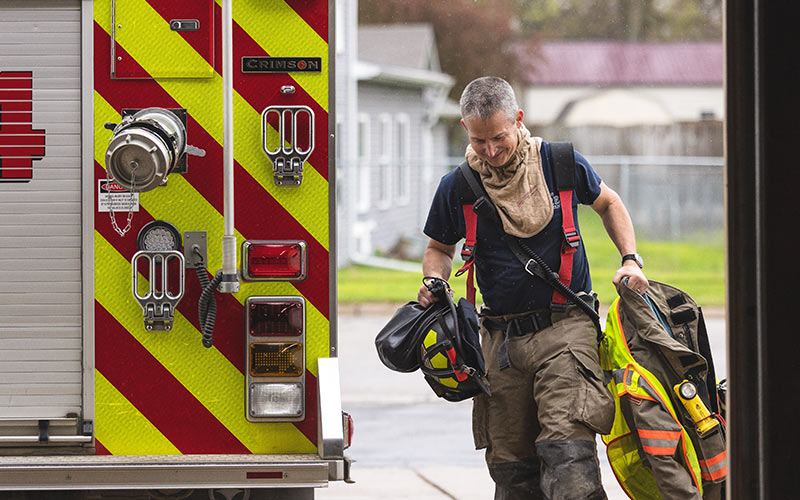 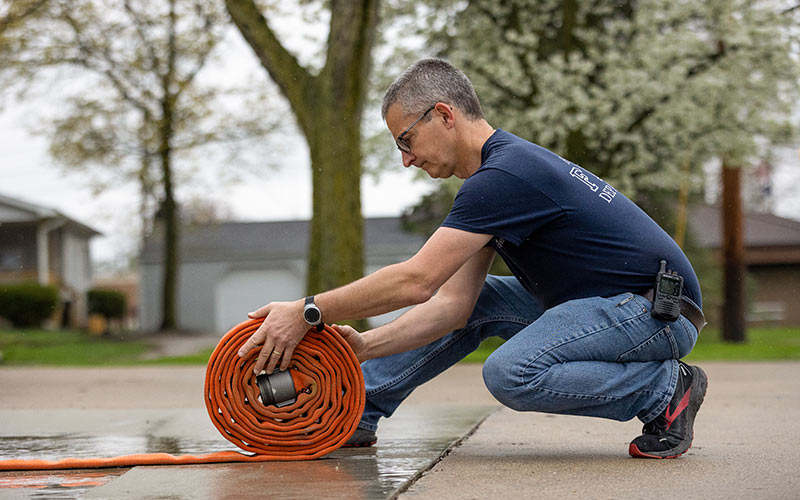 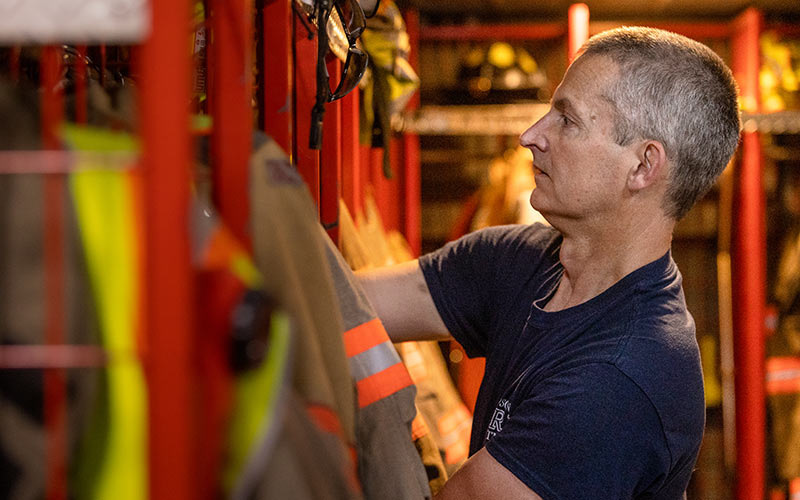 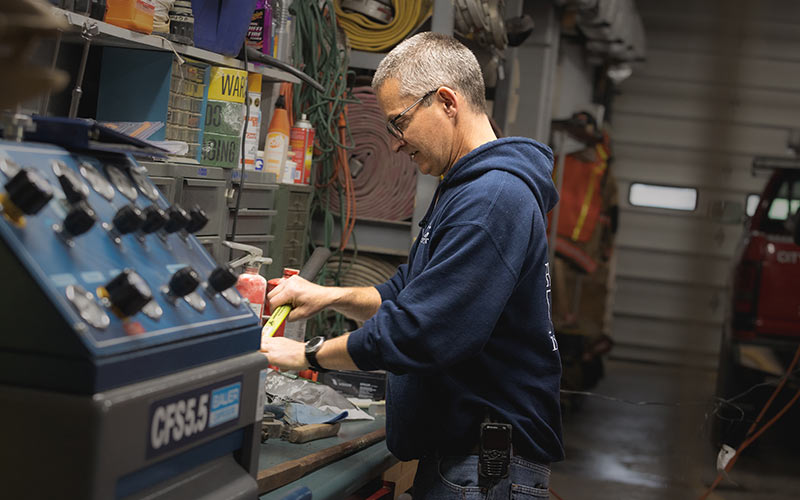 Take the Next Step
Request a heart surgery appointment.
Request an Appointment
X