Thousands of people throughout Michigan find out they have lung cancer every year. We’re here to give our patients whatever they need while we care for them, whether that’s a reassuring hug or one of our advanced treatments.

From diagnosis and treatment to survivorship, each of our patients has their own unique journey. We’re grateful to those who let us share in those journeys, as well as those who allow us to share their stories with you. 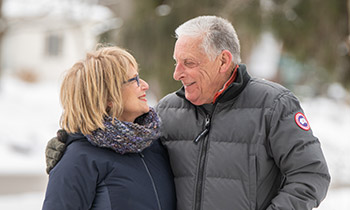 After years of smoking, Ron’s friend finally convinced him to get an annual CT scan of his lung. On the fourth year of scans, a small spot showed up. Ron underwent surgery to have the Stage I, non-small cell lung cancer removed and is now back to doing what matters most: spending time with his kids and grandson.

Diane was shocked to learn she had lung cancer that had metastasized to her brain. After passing out while eating lunch one day, Henry Ford Surgeons removed a golf-ball sized tumor from her brain. She would find a highly experienced medical team that determined an ALK biomarker in Diane’s DNA and offered her hope. 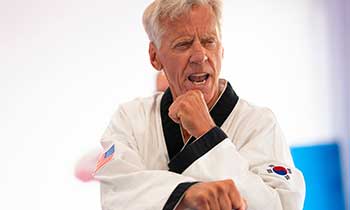 About two and a half years ago, the Confars had found their dream lake home in Michigan and were preparing to move there from Columbus, Ohio. Also around that time, Charles went to his doctor to check out a strange feeling he’d been having that something was wrong in his chest and lungs. 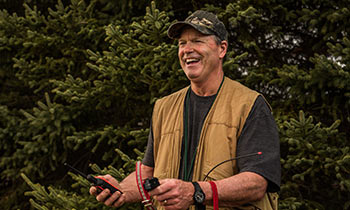 Jeff Clark prepared for a day of hunting. While lifting his English setter into her crate, he felt a pop, causing a sudden soreness in his shoulder. When his shoulder X-ray revealed a spot on his lung, Jeff was stunned. He’d never been a smoker. After minimally invasive robotic surgery, Jeff is cancer free and free to do what he loves.

A low-dose lung CT found a spot on Vic Thompson’s lung. Diagnosed with Stage I lung cancer, the team at Henry Ford was able to remove the cancer with minimally invasive surgery. Vic is now cancer free!

When Nancy’s mother passed away, she decided to be proactive about her health and scheduled a lung cancer screening. The screening lead to a stage 4 lung cancer diagnosis — which had metastasized to her brain. Henry Ford Cancer Institute offered her hope with immunotherapy treatment. 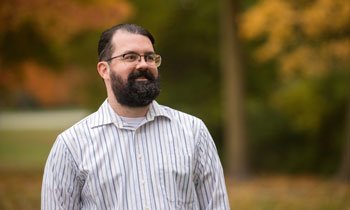 Armed with a clinical trial and advanced surgery, Shaun Grenan fought the battle against a softball-sized lung cancer tumor. 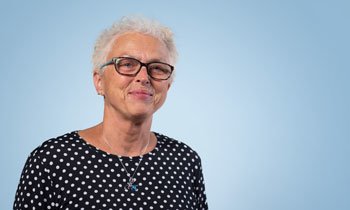 Patricia developed a wheeze and a rattle that was different than her past bouts with asthma and allergies. A biopsy would reveal adenocarcinoma. When surgery wasn’t an option, a clinical trial gave her hope that she will be able to celebrate more family milestones.

At the time of his diagnosis, Antonucci was a 51-year-old father of two who had been a lifelong smoker. When the diagnosis came in, he immediately stopped smoking and began treatment. An Immunotherapy clinical trial may have saved his life when the cancer metastasized to his brain.

After a pancreatic problem was resolved, Bob Robinson had a PET scan taken every six months in Traverse City. That’s when he learned he had a spot on his lung. Bob has had undisrupted work and play following a VATS procedure to remove the lung cancer. 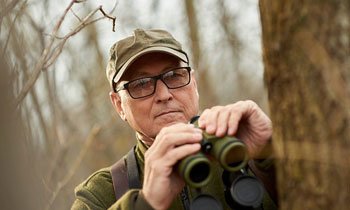 Tom's story: A non-smoker with no family history of lymphoma

Tom Sawdey had no symptoms or family history of cancer when he was diagnosed with stage 4 Hodgkin lymphoma at age 58. With a care plan personalized to Tom’s individual needs at Henry Ford Allegiance Health, Tom is now cancer free.

Kristina's story: My mother's story doesn't have to be my story

Kristina Krumm, who lost both parents to lung-related illnesses, was diagnosed with lung cancer. After surgery at Henry Ford Allegiance Health, she’s back to an active life. 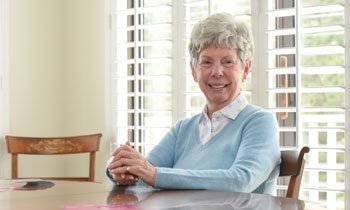 While vacationing in Florida, Gail got sick with a cough that refused to get better. After 4 years of monitoring a spot on her lung, Henry Ford experts removed the cancer with thoracic surgery. 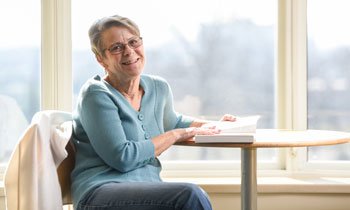 Months after a complicated thoracic surgery to a spot on her lung, Gail’s case was presented to the tumor board. It was determined that she had stage 3 lung cancer and cancer was still present on her lungs. Chemotherapy was her best bet for ridding the cancer from her body.

Marilyn's story: Get screened for lung cancer before symptoms appear

Marilyn Goodrich was diagnosed with early stage lung cancer and is on her way to recovery – all thanks to the Lung Cancer Screening that was able to detect her cancer long before any tell-tale symptoms appeared.

Donna Miller was diagnosed with Stage IV lung cancer in the summer of 2013. By chance, she learned about a new, innovative treatment option at the Henry Ford Cancer Institute, the Edge.