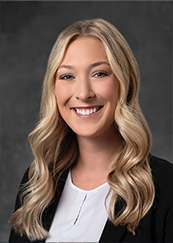 Morgan grew up in Sellersburg, Indiana. She earned a Bachelor of Science in Healthcare Management and Policy from Indiana University, along with a Minor in Human Resources Management. Throughout her undergraduate studies, Morgan served as the President and Treasurer of the Healthcare Management and Policy Student Association. She also completed three internships at Norton Healthcare in Louisville, Kentucky, where she gained experience in Revenue Cycle Management, Patient Experience, Process Improvement, Strategy, Quality Management, and Clinical Operations. Following graduation, Morgan went on to pursue her Master of Health Administration from The Ohio State University. During this time, she worked as a Graduate Administrative Associate (GAA) for The Ohio State University Wexner Medical Center’s Neurological Institute. As a GAA, Morgan supported the executive team by managing the COVID-19 Labor Pool workgroup, developing capital budget requests exceeding $4 million, demonstrating compliance with the Commission on Accreditation of Rehabilitation Facilities survey standards, and restructuring system policies and programs for underrepresented minority staff members. Morgan completed her administrative residency at Nationwide Children’s Hospital with the Planning and Business Development department, where she led the development of three business plans to expand services and access within Plastic Surgery, Endocrinology, and Speech Therapy. During her time at OSU, Morgan served as the Programming Chair for the Association for Future Healthcare Executives. Outside of work, Morgan enjoys cooking, traveling, shopping, and spending time with family and friends. 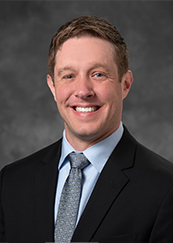 Evan Withrow grew up in Midland, Michigan. He earned his Bachelor of Science in Human Biology and Psychology from Michigan State University and then returned to complete his Master of Science in Epidemiology. Following graduation, Evan worked as a contractor with the Michigan Department of Health and Human Services as the Pediatric Genomics and Early Hearing Epidemiologist within the Maternal and Child Health Section. In his role with MDHHS, Evan focused on research, quality assurance, and surveillance for the Early Hearing Detection and Intervention Program and the Critical Congenital Heart Disease portion of the Newborn Screening Program. During his time working as an epidemiologist, Evan had the opportunity to conduct research regarding barriers to care and screening in newborns and was able to present findings to diverse groups from across the state. He gained experience and understanding of health disparities that exist within communities and the need for forward-thinking and innovative solutions to deliver care and meet the needs of the community. Through this experience, Evan developed an interest in leveraging data to drive change within the communities he works with, and subsequently with the administrative realm of healthcare, and pursued his Master of Health Administration degree from Central Michigan University. In his spare time, Evan enjoys spending time with his wife and daughter, spending time with friends, spending time outside, and watching and playing sports. 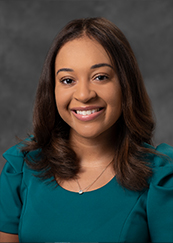 Adrianna Evans was born in Detroit, Michigan. She moved to Houston, Texas in 2010 and then to Dallas, Texas where she pursued her B.A. in Integrative studies with a focus in Biology, Rehabilitation Studies and International Studies from the University of North Texas in 2019. During her last year of undergrad, she was introduced to the mental health field and served as the Director of First Impressions. In this role, she was the direct contact for patients needing counseling and guidance, managed collections processes for patient services, and oversaw background checks and drug testing processes for employees. Adrianna developed an interest in healthcare administration and pursued her Master of Healthcare Service Administration with a focus in Rehabilitation Studies at the University of North Texas. During that time, she worked in a mental health facility where she was a Front Office Team Lead. This allowed her to be the front-line advocate for patients in need of counseling, psychiatry, and assessments for tailored care. She audited charts that consisted of consent forms and making sure medical records and paperwork requests for all clinicians and providers were completed. She was then promoted to the Custodian of Medical Records, where she oversaw all of the Medical Records Departments for all locations. At this time, Adrianna oversaw and coordinated requests to inspect public records, developed documentation to create a process to efficiently share records, and managed FMLA requests to promptly share with providers. She was nominated to be the Environment of Care Chairperson by the Executive Board for the main headquarters. In this role, she planned, directed, implemented, and improved the organization’s performance of the EOC activities. She evaluated and assessed existing conditions, operations, and practices to determine the impact of and general compliance with the Joint Commission EOC Standards. Lastly, she recommend, coordinated and facilitated new performance improvement projects. Outside of work, Adrianna enjoys going to the movies, trying new restaurants, listening to live music, traveling, and spending time with friends and family. 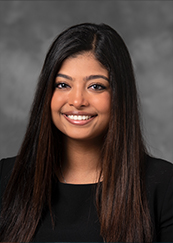 Nicole Misquitta was born in Mumbai, India. She was raised in Canton, Michigan and received her Bachelor of Liberal Arts and Sciences in Public Health from Wayne State University. She then pursued higher education at the University of Michigan and earned her Master of Health Services Administration. While she was completing her undergraduate and graduate degrees, she worked in various areas of healthcare. In her first role, she served as a Human Resources Assistant at Michigan Spine and Brain Surgeons, PLLC where she coordinated employee benefits and payroll, recruited new employees, documented the performance of current employees, and created disciplinary policy documents. She then worked as a Behavior Technician for children with autism spectrum disorder and aided their social development through Applied Behavior Analysis Therapy. After this role, she worked as a Lead Medical Records Specialist at Michigan Neuroscience Clinic, where she developed the organization’s medical records manual and coordinated the flow of patient records and related documents. Nicole also interned at Ascension in the Quality and Safety department. As a graduate intern at Ascension, she created the DIO GME Survey and Correspondence to further resident training and improve patient satisfaction, assisted in the FY22 Quality Plan, and contributed to the preparation and launch of the MI Market GME Quality and Safety Committee. In her spare time, she enjoys cooking, travelling, reading, and spending time with her family and friends.

Information for Applicants
Interested in applying to one of our programs, call (734) 246-8004.
Learn More
X