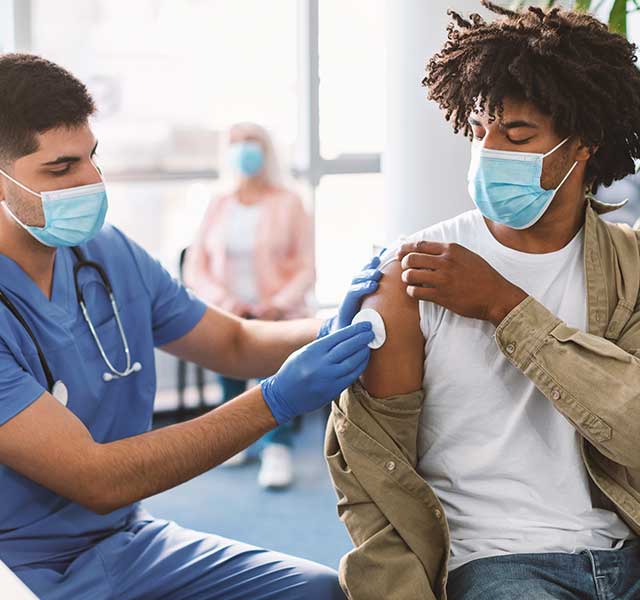 Uncovering Flu Myths—And Why It's Important To Get Vaccinated

It’s that time of year again, when fears of a possible “twindemic” arise. With COVID-19 still circulating and flu season upon us, doctors worry that this fall and winter could see an increase in cases of both COVID-19 and the flu.

“The last few flu seasons have been extremely mild, which may be at least partially attributed to masking and social distancing,” says Allison Weinmann, M.D., an infectious disease specialist at Henry Ford Health. “But because fewer people are masking and social distancing has gone out of favor, we might see a more severe flu season this year. Getting the flu shot—and the new COVID-19 Omicron booster—are the best ways to protect yourself. You can get both shots at the same time.”

But some people think getting the flu is no big deal, or that if you’re young and healthy, you don’t need a flu shot. Here, Dr. Weinmann dispels seven myths (and confirms one truth) about the flu.

1. Myth: If you’re young and healthy, the flu won’t make you sick. “Everyone is vulnerable to the flu,” says Dr. Weinmann. “It used to be that people who had comorbidities like heart disease or lung problems were considered to be most at risk from severe disease, but newer variants such as H1N1 caused mortality even in young, healthy people. That’s why the flu vaccine is strongly recommended for everyone from the age of six months. The at-risk population is everyone.”

2. Truth: You only need to be worried about flu during flu season. “Influenza is a very cooperative virus in that it’s normally more prevalent during the fall and winter months,” says Dr. Weinmann. “However, we do still sometimes see flu all the way through summer, but at much lower rates. We generally consider the flu season to start in early fall, but it often extends into March or April.”

3. Myth: If you get the flu vaccine once, you don’t need to get it again. The flu can mutate yearly, which is why it’s necessary to get an annual flu vaccine that targets variants that were circulating during the southern hemisphere flu season.

5. Myth: The flu shot isn’t that effective so it doesn’t matter if you get it. “It’s true that the flu vaccine has a lower efficacy rate some years than others, but it’s still important to get the flu vaccine,” says Dr. Weinmann. “The more people who are immunized against the flu, the less virus there will be circulating. If you’re vaccinated, your chances of getting the flu still decrease, and if you do get it, the severity of illness likely decreases, too.”

6. Myth: The flu isn’t that different from a cold. “The flu does look different from the common cold,” says Dr. Weinmann. “Often, people with the flu get a high-grade fever. They don’t have much in the way of a runny nose, but they may have a sore throat or cough. They can get ill pretty quickly and end up in the hospital. It’s important to remember that flu can be severe.” In fact, during a normal flu season, around 5,000 to 5,600 people die in the United States from the flu.

7. Myth: I had the flu last year so I’m protected from getting it again. Just like with COVID-19, the flu has many variants. Contracting one variant won’t necessarily protect you from contracting another variant. “The flu variants change all of the time, and that’s why the flu vaccine changes almost every year,” says Dr. Weinmann. “Just because you had the flu last year doesn’t mean you’ll be protected this year, unfortunately.”

8. Myth: Since the flu vaccine only lasts a few months, I should wait until later in the flu season to get the flu shot. “It’s recommended that everybody get their flu shot before flu season starts,” says Dr. Weinmann. “From the time you get immunized, it takes a couple of weeks to develop maximum protection. And because we never know exactly when cases will spike—in Michigan, sometimes we see a spike in early October and then again in January or February—it’s best to get your flu shot when it is available in September. The vaccine likely lasts you the whole flu season."