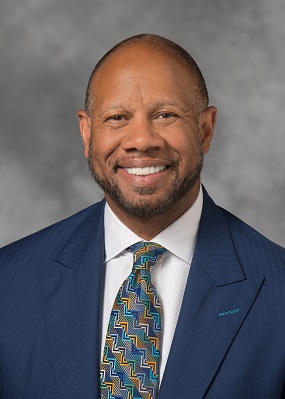 DETROIT – Henry Ford Health System will raise the hourly compensation of full-time, part-time and contingent team members to a rate of $15 per hour, among the first healthcare systems in Michigan to do so. The increase will take effect Oct. 11, 2020 and includes more than 3,000 frontline team members not currently earning at least $15 per hour.

“As a healthcare organization deeply rooted in our communities for more than a century, we know our mission to improve people’s lives extends beyond what we have historically defined as ‘healthcare and healing,’” said Wright Lassiter, III, President and CEO, Henry Ford Health System. “We have a critical role to play in removing barriers to opportunity and achieving equity for all – and our team members are a crucial part of the communities we all serve.”

“There is a strong association between financial health and security and overall health, a reality that has been driven home over the last eight months for our team members who are on the front lines of the fight against COVID-19,” added Lassiter. “We are passionate about the need to do this and are thrilled to be able to make it happen, especially now.”

“We are humbled by the passion and dedication of our 33,000 team members who work tirelessly every day in our local communities,” said Nina Ramsey, Henry Ford’s SVP and Chief Human Resources Officer. “This wage increase for so many of our frontline essential workers is really the beginning of our journey to provide a differentiated experience for all of our team members – rooted in our mission and core values.”

Henry Ford has a compensation philosophy that includes both equitable, market-driven wages and a comprehensive benefits package that is foundational to its broader commitment to removing barriers to opportunity and achieving equity and economic mobility. Expected to cost the health system approximately $6 million annually, the wage adjustment for frontline workers is just one component of a multi-phase 2020-2021 compensation plan that will cascade to team members, including a general increase also planned for the fourth quarter of 2020, as well as additional market adjustments for other key positions.