Should NFL Players Opt for Surgery after Shoulder Injury? 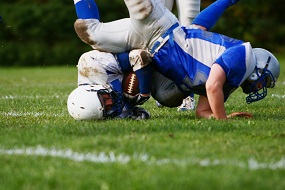 DETROIT – A study by Sports Medicine researchers at Henry Ford Health System determined that NFL players who underwent surgery for their first shoulder dislocation enjoyed a longer career, while those who opted for nonsurgical treatment returned to play faster.

Researchers found no differences in performance and games played or started whether a player had surgery or not. The results of the retrospective study were published in Arthroscopy: The Journal of Arthroscopic and Related Surgery. 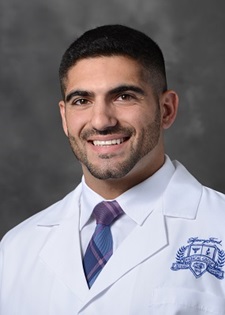 “The most important finding is that players who had surgery, whether they decided to have surgery right away or return to play the same season and delay surgery for the offseason, did not show a drop-off in their playing time or performance level after returning to play, compared to players who never had surgery,” said Lafi Khalil, M.D., a fourth-year sports medicine resident in Henry Ford’s Department of Orthopedic Surgery and the study’s lead author.

Researchers sought to evaluate whether surgery or non-surgery for a first shoulder injury was a factor in career longevity and performance. They analyzed data of 97 NFL players who sustained their first shoulder injury between September 2000 and February 2019. Ninety-one players returned to play after recovering from their injury – with 58 players undergoing surgery during the injury season and 33 players receiving non-surgical treatment.

Players who underwent surgery played about one-and-a-half more seasons in their career following their first shoulder injury than players treated non-surgically. The time between the first and subsequent shoulder injuries was on average 81 weeks longer than those suffered by players who recovered without surgery. Also, the surgically treated players had 23% lower recurrence of shoulder injury.

“It’s ­important to look at injuries on a case-by-case basis,” said Toufic Jildeh, M.D., Chief Resident in Orthopedic Surgery at Henry Ford and a study co-author. “It’s paramount to consider the severity of the injury and evaluate each athlete and injury individually, taking into account personal or professional considerations.” 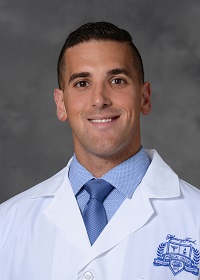 Most football players who dislocate their shoulder for the first time usually return to play within four to six weeks without surgery, once they regain a full range of shoulder motion and strength. They must be able to perform all of the functions required by their position before they can return to the field.

Players who undergo surgery typically require five to six months of rehabilitation before they can return to play. With most first-time shoulder dislocations, the shoulder is manipulated to return to its normal position and stabilized in a sling, using ice and rest to reduce swelling and pain. Once the pain has subsided, the player can begin shoulder rehabilitation and strengthen the supporting muscles of the shoulder.

Skill position players on the offense (wide receivers, tight ends, running backs) and defensive players (cornerbacks, safeties) who rely on full arm extension over their head to perform their roles generally take longer to recover than other position players.