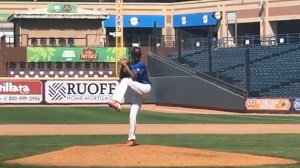 Players between the ages of 15 and 19 account for nearly 57% of all Tommy John surgeries, according to a 2015 study in the American Journal of Sports Medicine. 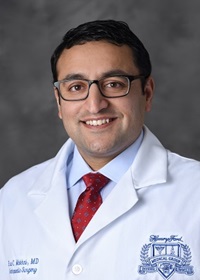 “Young pitchers that throw all year long and don’t give their arms a rest between seasons risk increased elbow and arm injuries,” said Dr. Makhni. “Their bodies haven’t developed enough to handle the workload and physical stress.”

The use of weighted baseballs during training is another common factor among injured pitchers as more young pitchers use them to increase their pitch velocity, according to Dr. Makhni. “Many of my surgeon and physician colleagues are concerned about injury risk associated with these training programs, especially in kids who are still growing,” said Dr. Makhni.

Brandon Newland, a 15-year-old pitcher from Bloomfield Hills, underwent surgery after injuring his elbow during a travel baseball game in February. It occurred on the second pitch of the game and Newland immediately grabbed his elbow in pain.

Newland, who is expected to make a full recovery, said the injury taught him a valuable lesson.

“The biggest lesson is that everything needs to be done in moderation, from training to playing and to making sure I give my arm a break,” he said.  As his elbow heals, Newland hopes to help his high school team this spring in a limited role as a designated hitter.

“I was nervous going into the surgery thinking that I would have to have the full reconstruction surgery. Dr. Makhni was able to perform the repair instead and everything went fine,” said Travis. “Now I’m back to pitching 100% and I haven’t had any pain since.” 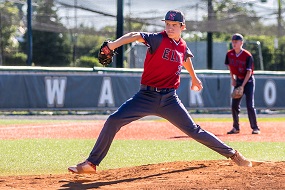 “Primary repair of the UCL has really changed the game with how we care for these injuries,” said Dr. Makhni. “New techniques have emerged that allow us to actually save the athlete’s native UCL and simply repair it. The UCL is usually augmented with an internal brace that helps protect the repaired ligament while it heals.”

Dr. Makhni has performed several Tommy John surgeries on youth baseball players and has led published studies about how better conditioning and throwing mechanics are key to fewer youth pitching elbow injuries.  He said the repair option not only helps pitchers return to the mound sooner, but it also preserves the native bone in the elbow in the process.

Dr. Makhni said that while surgery is the best option for some athletes with elbow injuries, most injuries do not require surgery.  There are many proven non-operative treatments that can help young pitchers recover and get back to the mound safely, he said.  Dr. Makhni also utilizes new biologic treatments such as platelet-rich plasma, which can help the ligament heal after a period of rest.  He also reviews strategies with young patients for improving pitching mechanics and arm/core strength that can also help with recovery.

Many arm injuries in young pitchers and players can be a result of not enough rest during the baseball season and between seasons, especially for multi-sport athletes, according to Dr. Makhni.

Dr. Makhni offered these tips for players, coaches and parents to prevent and reduce the risk of injury from overuse: