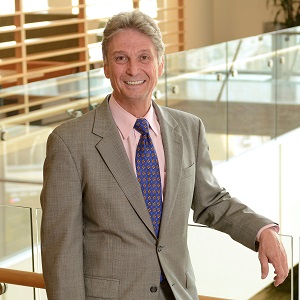 DETROIT (June 16, 2021) – The Henry Ford Medical Group announced today that Richard Leach, M.D., a national expert on in vitro fertilization and an academic researcher at Michigan State University, has been appointed Chair of the Department of Women’s Health Services. Dr. Leach will serve in a dual role and continue as Chair of the Department of Obstetrics, Gynecology and Reproductive Biology for MSU College of Human Medicine.

The appointment is notable in that it is the first announcement made since Henry Ford Health System and MSU finalized their 30-year partnership in January. Under the agreement, Henry Ford and MSU aim to transform health care, advance medical research and address health disparities.

The Medical Group, part of the Henry Ford Health System, is one of the largest group practices in the country with more than 1,800 physicians and researchers in more than 40 specialties. Physicians care for patients in Henry Ford hospitals and outpatient medical centers across Southeast Michigan and Jackson.

“I am thrilled to have Dr. Leach join the Medical Group in this leadership role,” said Steven Kalkanis, M.D., CEO of the Henry Ford Medical Group and Senior Vice President and Chief Academic Officer.

“This combined chair role for Dr. Leach is seen as the much-anticipated start of joining the renowned clinical and applied research expertise at Henry Ford with the intellectual research power of MSU. Moreover, connecting Henry Ford’s premier academic Women’s Health Services and Research departments with the resources of MSU’s Department of Obstetrics, Gynecology and Reproductive Biology will accelerate the delivery of unparalleled health services to all women, leading to promote health equity.”

Dr. Kalkanis said Dr. Leach, who is board certified in obstetrics and gynecology with subspecialty certification in reproductive endocrinology and infertility, will guide the Women’s Health Research program under the Henry Ford-MSU Health Sciences Center. “This firmly establishes our Henry Ford-MSU affiliation as a top five NIH funded program in the country,” he said.

“MSU and Henry Ford are building a community of world class experts, leaders and practitioners, like no other. This is a first step in this bold, new partnership between our two institutions,” said Norman J. Beauchamp Jr., MD, MHS, executive vice president for Health Sciences at Michigan State University and chair of the board for the Health Science Center. “With the appointment of Dr. Leach, our region will have access to a world-class leader dedicated to improving the lives of our communities. Research and education in women’s health are a priority for both of our institutions and we’re committed to being a first choice for women and families.”

Dr. Leach joined MSU in 2008 as the first researcher hired for the College of Human Medicine’s new women’s reproductive health research endeavor in Grand Rapids. Since that time, he recruited an élite team of researchers and, today, MSU is among the premier women’s health research institutions in the country. In 2020, the department’s researchers received nearly $10 million in NIH grants – the fifth largest among 68 similar departments nationwide – according to the nonprofit Blue Ridge Institute for Medical Research.

Founded in 1915 by Henry Ford himself, Henry Ford Health System is a nonprofit, academic and integrated health system comprising five acute-care hospitals, three behavioral health facilities, a health plan and more than 250 care sites, including medical centers, walk-in and urgent care clinics, pharmacies, eye care facilities and other health care operations. The health system has more than 33,000 employees and is home to the 1,900-member Henry Ford Medical Group, one of the nation’s oldest physician groups. More than 2,500 physicians are also affiliated with the health system through the Henry Ford Physician Network and Jackson Health Network. Henry Ford Health System is also one of the nation’s major academic medical centers, receiving nearly $100 million in annual research funding, among Michigan’s largest NIH-funded institutions. Also, an active participant in medical education and training, the health system has trained nearly 40% of physicians currently practicing in Michigan and provides education and training for other health professionals including nurses, pharmacists, radiology and respiratory technicians.

Michigan State University has been advancing the common good with uncommon will for more than 160 years. One of the top research universities in the world, MSU pushes the boundaries of discovery and forges enduring partnerships to solve the most pressing global challenges while providing life-changing opportunities to a diverse and inclusive academic community through more than 200 programs of study in 17 degree-granting colleges. MSU has offered health care education for more than a century. Combined, the human health colleges – the College of Human Medicine, the College of Nursing and the College of Osteopathic Medicine – have nearly 2,000 medical students, 2,500 residents and fellows, more than 500 nursing students and 20,000 alumni, most of whom practice in Michigan. It is the only university in the country with on-campus schools graduating allopathic and osteopathic physicians, as well as nurses and veterinarians.