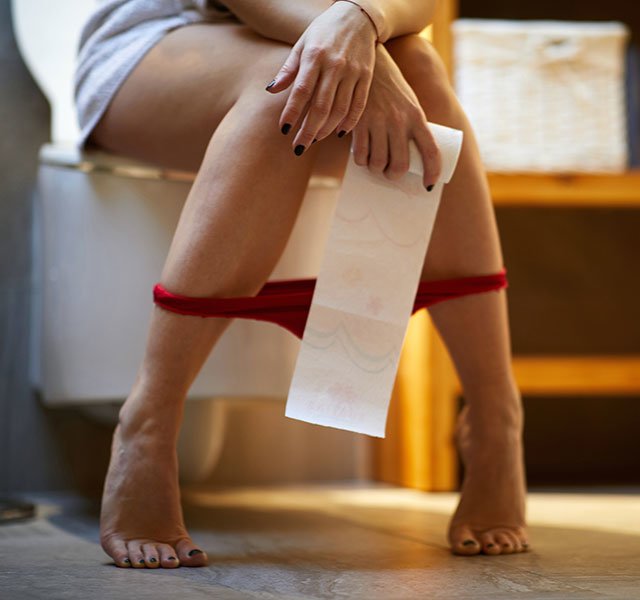 How To Manage Breakthrough Bleeding During Your Menstrual Cycle

If you've experienced breakthrough bleeding, or spotting, in between periods, you're in good company. In fact, most women experience at least one bout of between-cycle spotting, and for some women, spotting happens quite often.

"Spotting happens for a variety of reasons," says Homa Wenah, CNM, a certified nurse midwife at Henry Ford Health. "While most women associate spotting with pregnancy, it can happen even when you're not expecting."

"You might see blood on toilet paper after using the bathroom, or light bloodstains on your underwear," Wenah says. Spotting is lighter in flow than your period, it tends to be pink or light brown in color, and it usually doesn't last longer than a day or two.

If you're soaking a pad or tampon, that's not spotting. It's intermenstrual bleeding and you should see a doctor to determine the cause. Spotting, on the other hand, is usually benign and typically resolves on its own or with minor interventions.

Since spotting is a common experience for many women, it makes sense to drill down on the reasons why it's happening — and seek appropriate treatment, if necessary. Here are several common, mostly benign, triggers:

When Is Spotting Cause For Concern?

"If you're under an enormous amount of stress, lose or gain a lot of weight, or start taking a new medication, you might experience changes in your period that include spotting," Wenah says.

Medications that are commonly linked with spotting include:

Most episodes of spotting, particularly if they're temporary, aren't cause for concern. But spotting can also be a sign of serious health issues, such as cancer, diabetes, liver disease and bleeding disorders. In every case, it's a good idea to get checked out by your health care provider if you're experiencing breakthrough bleeding between periods.

"Your doctor will do a physical exam and may order a variety of tests including lab tests and pelvic ultrasound to rule out serious issues and pinpoint the source of spotting," Wenah says.

Categories : FeelWell
Tags : Womens, Womens Health
You may also like...