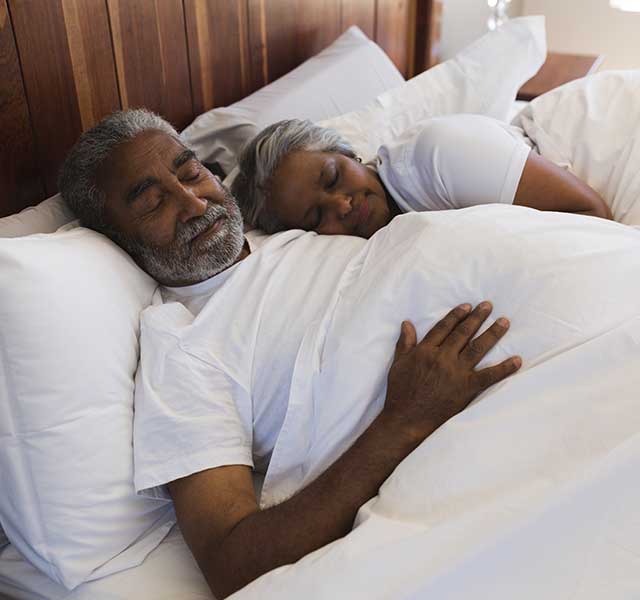 Do You Have Obstructive Sleep Apnea? You May Live Longer If You're Married

Obstructive sleep apnea—a condition that intermittently (and briefly) causes you to stop breathing while sleeping—occurs when your throat muscles relax and block your airway. Along with leaving you fatigued during the day, obstructive sleep apnea can raise your risk for health issues such as heart and vascular disease.

“When you breathe against an obstruction—if you cover your mouth with your hand and try to breathe in, for example—your chest has to pull harder to get air in, and that messes with the dynamics of blood flow in the chest and heart,” says Madeline Goosmann, M.D., an otolaryngology resident at Henry Ford Health. “The end result is a higher risk of cardiovascular disease.”

The Impact Of Marital Status & Race On Obstructive Sleep Apnea

“The main theory behind this is that when you’re married, you essentially have a second set of ears at your doctor’s appointments,” says Dr. Goosmann. “You have someone to remind you to keep up with treatment, to live a healthier lifestyle.”

How To Manage Obstructive Sleep Apnea

Whether or not you’re married, there are ways to manage obstructive sleep apnea and keep your health in check. For example:

To make an appointment with a doctor or sleep specialist at Henry Ford, visit henryford.com or call 1-800-436-7936.

Madeline Goosmann, M.D., is an otolaryngology resident and head and neck surgeon at Henry Ford Health. She sees patients at Henry Ford Hospital in Detroit.