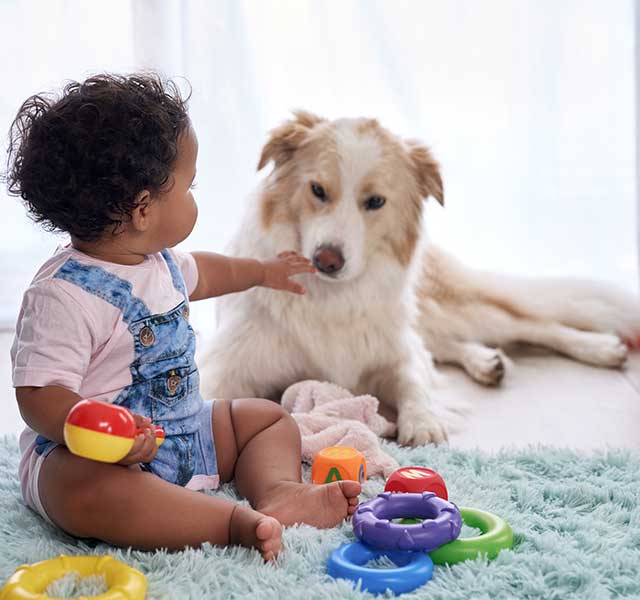 Dogs are truly people’s best friend. They’ve not only been shown to decrease symptoms of depression and prevent cognitive decline, but according to a recent Henry Ford Health study, they can even decrease the risk of eczema in babies.

“Eczema is an allergic disease that causes itchy rashes on the skin,” says Amy Eapen, M.D., a pediatric allergist and immunologist at Henry Ford Health. “It can present at any time during life, but it is particularly common among infants and school-age children. This study found that if you have a dog while pregnant and through the first year of your baby’s life, the risk of your baby having eczema by age two is lower than if you didn’t have a dog.”

And it’s not just eczema: Early dog exposure has also been found to decrease the risk of asthma, seasonal allergies and hay fever in children. “The first year of life is critical for a baby’s immune system and it’s a time when allergies can either develop or be prevented,” says Dr. Eapen. “Dogs can provide exposure to diverse microbes that are important for protective immune development.”

This is why, for example, experts recommend giving children peanut butter when they’re young—to help their gut and immune system recognize it as non-foreign so they don’t become allergic. “The theory is if you introduce common food allergens early on, you can help prevent food allergies through tolerance in the gut,” says Dr. Eapen.

Do Cats Protect Against Eczema & Allergic Diseases, Too?

Interestingly enough, cats don’t seem to have the same protective quality as dogs. Dogs not only happen to have a microbial diversity that’s beneficial to babies even before birth, but they are also more up close and personal with their humans. Dogs are often more cuddly, they lick their humans—and they’re outside often, bringing microbes inside—all of which may have a positive influence on immune health.

“That said, the consensus about cats may change based upon the population you study and the environmental factors that a particular population is exposed to,” says Dr. Eapen. “In general, it probably just comes down to the nature of the animal’s interaction with us as humans.”

The Impact Of Dogs On Early Vs. Late Childhood Eczema

As eczema presents at different times throughout life, the study also looked to see if dog exposure helped to prevent both late childhood eczema (by age ten) and persistent eczema (or eczema that doesn’t go away after age two). But dogs didn’t seem to have the same preventative qualities.

“The study leaned toward dogs having some impact on late childhood eczema, but the results didn’t meet the criteria to be considered significant,” says Dr. Eapen. “This could potentially be due to the rates of eczema being higher in infants and toddlers compared to later on in childhood. If we were to look at a larger group of kids who had eczema at age ten, we may see that dogs had more protective effects prenatally.” 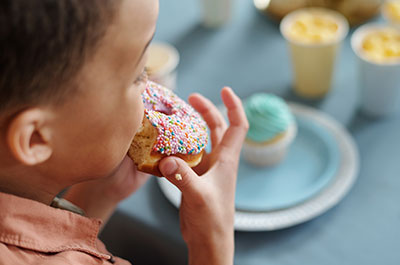 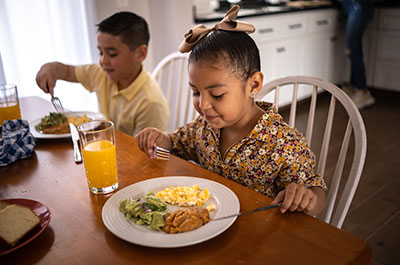