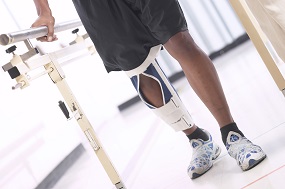 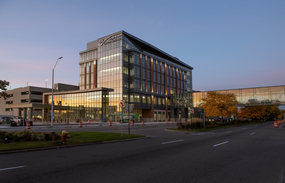 The gift is part of a combined $36 million donation, marking one of the largest in the country to a pancreatic cancer center

DETROIT (Dec. 7, 2020) – Henry Ford Health System today announced a $16 million gift to its Henry Ford Pancreatic Cancer Center (HFPCC), which was launched in 2018 by an initial $20 million gift from the same donor, who wishes to remain anonymous. The gift will bolster the HFPCC’s clinical and translational research endeavors in the fight against this devastating disease, for which the five-year survival rate is only 9 percent.

“We are tremendously thankful for this combined $36 million gift, which not only launched the Henry Ford Pancreatic Cancer Center in 2018, but will further empower our world class clinicians and researchers to continue their pursuit of scientific discoveries that will improve the lives of many affected by this disease,” said Wright Lassiter, III, president and CEO of Henry Ford Health System.

This gift advances the HFPCC commitment to building key partnerships with internationally renowned organizations that share the health system’s vision to one day eradicate pancreatic cancer, Lassiter said. In a giant step toward achieving this vision, the HFPCC has already established global partners who are working to identify early detection methods and novel patient-directed therapies.

“Never in the history of medicine has there been a time with greater opportunity than right now to achieve breakthroughs in the fight against pancreatic cancer,” said Steven Kalkanis, M.D., CEO of Henry Ford Medical Group. “We believe the global research consortium led by Dr. Kwon and our Henry Ford Pancreatic Cancer Center is poised to flip the paradigm of this disease, and this gift will advance both our research into precision medicine and our standing as a world-class academic and research medical center.”

While pancreatic cancer is today rarely diagnosed early enough for curative treatment, there is promising research on the horizon that may change that, Dr. Kalkanis said.

A major focus of the research being led by HFPCC is on the evaluation of preexisting patient radiographic data that may provide insight into earlier detection of pancreatic cancer, as well as the discovery of biomarkers that would allow for its earlier detection. Currently, approximately 80% of pancreatic cancer cases are diagnosed too late for a curative treatment to be possible.

“We are excited to bring together the world’s most innovative minds to accelerate the pace of discovery and understanding,” said David Kwon, M.D., FACS, Clinical Director of the HFPCC. “With such generous funding, we are able to think outside the traditional research paradigms to create a foundational and innovative infrastructure of expert teams that would otherwise not be feasible. This allows us to attract premier scientists and establish collaborations with the world’s best researchers, clinicians, and industry leaders. The goal is to build a center that will continue to foster ground-breaking research in the fight against pancreatic cancer.”

“We are also thrilled to announce that world renowned researcher, Howard Crawford, Ph.D., has joined the HFPCC as the new Scientific Director of this groundbreaking program,” said Dr. Kwon. Dr. Crawford joins Henry Ford from the University of Michigan, where he served as the Director of the Pancreas Research Program and held joint appointments in the Department of Molecular and Integrative Physiology and the Department of Internal Medicine, Division of Gastroenterology. Dr Crawford is a leading expert in the cell and molecular origins of pancreatic cancer and how chronic inflammation of the pancreas leads to pancreatic cancer development. He is the first of a team of scientists that will be joining the HFPCC in the coming months.

Research at the HFPCC is advanced by the clinical resources and organizational infrastructure of Henry Ford Health System, all of which come together to create a unique environment that fosters the discovery of scientific advancements. These include:

The work of the clinicians, researchers and staff of the HFPCC would not be possible without the generous support of those in the community who want to make a difference in the fight against pancreatic cancer.

“We are so deeply appreciative of this gift, which will touch the lives of countless people battling this disease,” said Mary Jane Vogt, senior vice president and chief development officer at Henry Ford Health System. “The ability of our researchers to pursue clinical advancements aimed at making pancreatic cancer more treatable is emboldened by those who give with the hope of a better tomorrow for everyone affected by pancreatic cancer.”