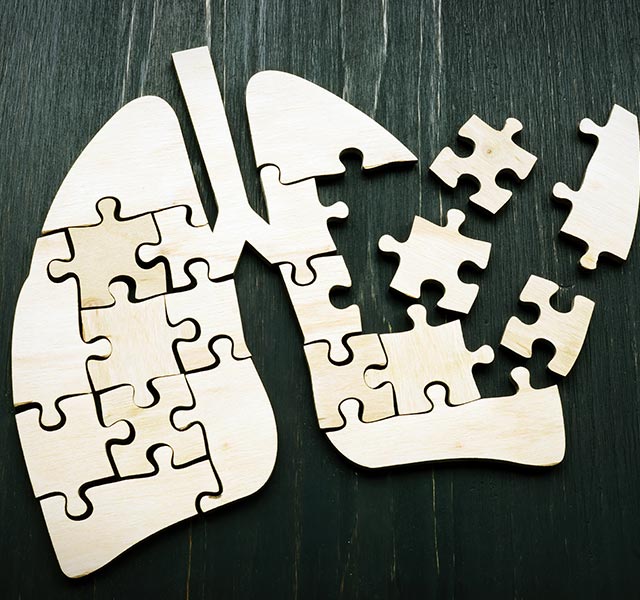 Any cancer diagnosis is difficult to grapple with—each case is individual and has its own set of challenges. One of the reasons a lung cancer diagnosis can be especially emotional is because of its stigmatization, says Andrew Popoff, M.D., a thoracic surgeon with the Henry Ford Cancer.

“People facing a diagnosis of lung cancer can experience guilt because there’s some sense that their behavior contributed to it. There’s a thought that lung cancer happens only to smokers, which isn’t true,” says Dr. Popoff. “Overcoming lung cancer stigmatization is important. We need to break down those barriers and help people talk about lung cancer more openly to ensure those at risk are getting annual screenings in order to catch it in early, treatable stages.”

To get the conversation going, Dr. Popoff shares everything you need to know about lung cancer.

What’s happening to your body when you have lung cancer?

Patients with lung cancer have overactive, abnormal cells in their lungs, which grow into a tumor. If left untreated, this tumor can continue to reproduce and spread to the lymph nodes, liver, adrenal glands, bones, and pleura, or the lining of the chest cavity, says Dr. Popoff.

What are the symptoms of lung cancer?

“The trouble is that many of these are non-specific symptoms,” says Dr. Popoff. “Many things can cause fatigue, for example. Also, these are symptoms of advanced lung cancer, and we want to catch lung cancer at an early stage.”

Many people don’t experience symptoms in lung cancer’s early stages, which is why it’s important to get a screening for early detection.

Who should get a lung cancer screening?

The American Cancer Society recommends that people ages 55 to 74 who currently smoke or who have quit within the past 15 years and smoked at least 30 packs a year should receive annual lung cancer scans.

“Until 2015, there weren’t well-established screening guidelines for lung cancer,” says Dr. Popoff. “Even now, less than 10% of eligible patients are screened. Lung cancer kills more people than colon, breast, and prostate cancers combined. If your cancer is detected at an early stage by screening, you can dramatically impact your mortality rate: a stage one lung cancer patient has a 70% to 90% five-year survival rate, while a stage-four patient has less than a 5% survival rate.”

What are the risk factors for lung cancer?

Smoking is the number one risk factor—about 80% of lung cancers occur in smokers or former smokers, says Dr. Popoff. However, that means up to 20% of cases occur in non or never-smokers. Secondhand smoke, exposure to industrial asbestos, and radon gas (a naturally occurring, radioactive gas that’s colorless and odorless and found in the soil in certain areas of Michigan) can also cause lung cancer. “Radon can enter the basement through cracks in the foundation,” says Dr. Popoff. “There are home-test kits for radon, but unless you test for it, there isn’t any other means of identifying it.”

Thirdhand smoke (or the toxic chemicals from smoke that linger on clothes, surfaces and hair) also contribute to lung cancer, but it’s difficult to quantify the risk. “The relationship between thirdhand smoke and lung cancer is quite unknown,” says Dr. Popoff. “Most people know how much they smoke a day, but the degree of exposure to thirdhand smoke is hard to assess.”

Does vaping cause lung cancer?

“We don’t have a lot of scientific research on vaping yet, because large numbers of vapers haven’t been present until the past few years,” says Dr. Popoff. “It’s going to take time to see the influence of vaping on lung disease and cancer in general. We know that vaping is not safe, and we’ve certainly seen cases of acute lung injury with vaping (which is thought to be caused by vaporized vitamin E and can be highly toxic to lung tissue), but there’s a lot more research that needs to be done.”

Is there a genetic component to lung cancer?

How is lung cancer treated?

Stage one and stage two lung cancers are generally treated with surgery. Stages three and four are usually a combination of surgery, chemotherapy, or immunotherapy, depending upon the stage and aggressiveness of the cancer, says Dr. Popoff.

Immunotherapy, which boosts patients’ natural immune system so they can better attack their own cancer cells, has gained a lot of favor in the past year, particularly for those with advanced disease, he says.

How does COVID-19 affect someone with lung cancer?

While lung cancer doesn’t increase your risk for COVID-19, patients who do contract it are at an increased risk for a more serious infection. “Any lung cancer or cancer patient has an abnormal, suppressed immune system and won’t be able to fight off a virus as well as they otherwise would, especially those who are currently undergoing chemotherapy,” says Dr. Popoff. “They’re at a higher risk for a bad outcome if they contract the virus, so they need to be especially careful to wash their hands, wear face masks, and quarantine themselves from others to ensure their safety.”

Categories : FeelWell
Tags : Cancer, Cancer Lung
You may also like...