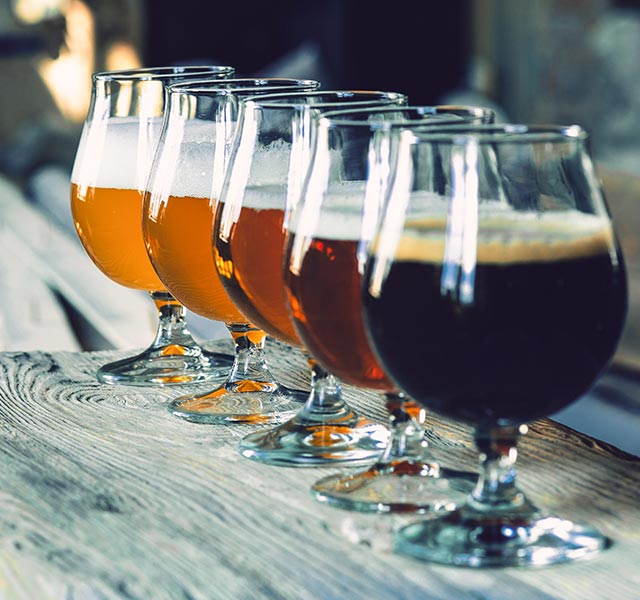 What Does Alcohol In Moderation Really Mean?

You may have heard doctors and dietitians say that it’s safe to drink alcohol in moderation, but we probably all have our own definition of how many drinks that actually consists of.

In reality, the amount of alcohol associated with a low risk for alcohol-related health problems depends upon biological sex, age, health, and body composition. (If you’re pregnant, however, no amount of alcohol is safe to consume.) Here, Soumya Panchagnula, M.D., a family medicine physician with Henry Ford Health, shares the key factors that determine what alcohol in moderation means for you.

A safe dose of alcohol is likely to be lower in women than in men because:

Related Topic: Are You A "Weekend" Alcoholic?

People Ages 65 And Up Should Limit Alcohol Intake

Tolerance for alcohol decreases as you age, so people 65 and up (both men and women) should have no more than two drinks on any single day, and no more than seven drinks per week, says Dr. Panchagnula. “As we age, we lose muscle mass, we have less water in our bodies, and alcohol stays in the system longer. Older people process alcohol more slowly.”

No Level Of Alcohol Consumption Is Safe For Certain Health Conditions

“Along with pregnancy, people who have a personal or strong family history of alcoholism or alcohol-associated hepatic or pancreatic disease shouldn’t drink at all,” says Dr. Panchagnula. “Alcohol should also be limited in people with conditions like active gastritis and esophagitis.”

Related Topic: Hangxiety: The Link Between Anxiety And Alcohol

Food prevents alcohol from passing quickly into the small intestine. “When there is already food in your stomach, alcohol is absorbed more slowly,” says Dr. Panchagnula. “The longer alcohol stays in the stomach, the more slowly it is absorbed and the more slowly it affects the body.” Nursing a glass of wine with a meal will be less of a shock to your system than drinking on an empty stomach.

Of all alcohol, it’s thought that red wine boasts the most health benefits. (If you don’t already drink, however, there’s no need to start—you can find these health benefits in other nutritious foods.) Red wine contains antioxidants and has antithrombotic properties, or properties that may help prevent blood clots, says Dr. Panchagnula. “This could contribute to improved prognosis for CHD (Chronic Heart Disease),” she says. “Others also report that cardioprotection is strongest for wine.”

If you have any questions, it’s best to head to your doctor to get a personal recommendation for how much alcohol you can safely drink. But when in doubt, less is always better and abstinence is always best for your health.

Related Topic: Dealing With Peer Pressure As An Adult

Categories : FeelWell
Tags : Primary Care, Nutrition
You may also like...