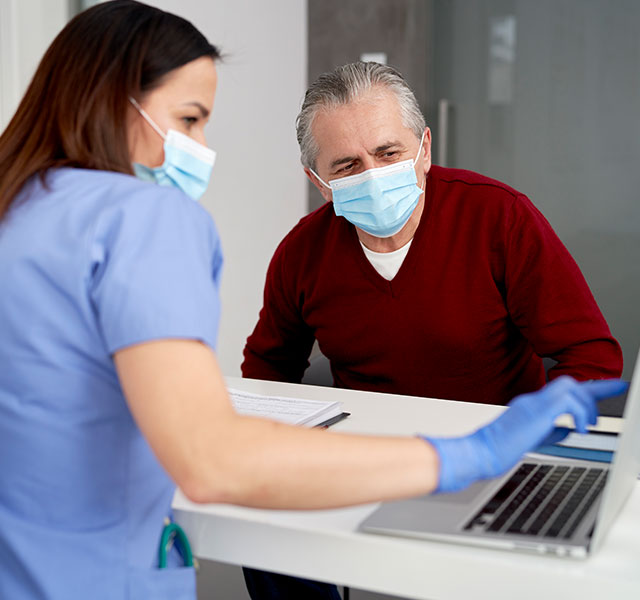 Does A Lobectomy Affect Your Breathing?

For some lung cancer patients, having a lobectomy—or a procedure where part of your lung is removed—is necessary to get rid of a tumor and improve chances of a cure. Surprisingly enough, having lessened lung capacity may not make much of a difference in your breathing.

“We have three lobes in our right lung—upper, middle and lower—and two lobes in our left lung—upper and lower,” says Ikenna Okereke, M.D., a thoracic surgeon with Henry Ford Health. “Some patients with lung cancer will benefit from taking the entire lobe out, where the cancer is. In many cases, there is a survival benefit.”

One reason why your breathing may not be affected after a lobectomy? The lobe that’s taken out may not be contributing as much to pulmonary function. “Smoke rises in the air and it rises in the lungs as well," says Dr. Okereke. "So if we’re performing a lobectomy on someone who smoked, the upper lungs tend to be most damaged from smoking, and the upper lungs are also the most likely site to have cancer. If an upper lobe is already damaged, you might not notice a big difference in your breathing after it’s taken out because it wasn’t helping as much, anyway.”

Q: How much lung can you remove and still have enough lung capacity?

Q: Who can benefit from a lobectomy?

A; People with certain lung cancers, infections (such as tuberculosis), chronic obstructive pulmonary disease (COPD) and benign tumors may benefit from a lobectomy.

Q: Is there anyone who shouldn’t have a lobectomy?

A: Patients who are elderly, or who are heavy smokers, may not be candidates for a lobectomy because they don’t have enough physiological reserve. (This means they may not be healthy enough to undergo surgery or recovery.)

Q: After a lobectomy, can the lungs regenerate?

A: No, the lungs can’t regenerate. You can take out 75% to 80% of the liver and it will regenerate, but not the lungs. After a lobectomy, your mediastinum (a space in the thorax in the middle of the chest) and diaphragm will shift a little, so there won’t be a space left where the lobe was taken out.

Q: What can I expect with lobectomy surgery?

A: You'll have to go into surgery on an empty stomach. That means you shouldn’t eat for about eight hours beforehand. For the surgery itself, at Henry Ford, we perform minimally invasive surgery, meaning we use very small incisions, leading to less pain and a faster recovery time. As opposed to staying in the hospital for five days afterward, minimally invasive surgery keeps patients in the hospital for around three days.

Q: What does recovery consist of?

As for limitations after surgery, patients shouldn’t participate in strenuous activity for the first few weeks, but depending upon the amount of lung we take out, they can gradually get back to almost any activity.

Want more advice from our experts?
Subscribe to receive a weekly email of our latest articles, including more on coping with cancer.

Categories : FeelWell
Tags : Cancer Lung, Cancer
You may also like...