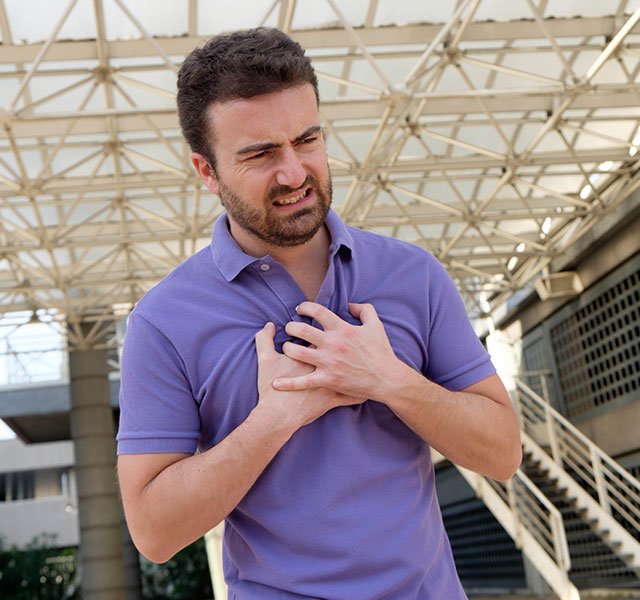 Is It A Panic Attack Or Heart Attack?

Any unusual sensation in the heart is frightening. Suddenly you feel an intense pressure on your chest, or you experience irregular heart palpitations. Maybe you even feel sweaty and dizzy, or suffer from shortness of breath.

What is happening? Are you in the midst of a heart attack, or has all the stress you’ve been under lately finally taking its toll on you in the form of a panic attack?

For many people, it can be difficult to distinguish, says Akshay Khandelwal, M.D., a cardiologist at Henry Ford Health.

“There is a lot of overlap in the symptoms of both types of attack, so it can be tough for people to know if what they’re experiencing is a panic or heart attack,” he says.

So how can you tell which is which? Dr. Khandelwal provides some tips to help you determine the type of attack you’re facing and what to do about it.

It’s probably a panic attack if …

You experience anxiety, have unexplained fears – especially at the time of the attack – have heavy stress, or even faced a traumatic event. And while panic attacks can affect anyone, they are more common in young women.

“People who suffer from a panic attack generally have a history of anxiety,” Dr. Khandelwal says. “And for many, panic attacks aren’t a one-time occurrence. Many people in this situation even guess that they are having a panic attack but may not be completely sure.”

It’s probably a heart attack if …

You have many of the risk factors of a heart attack: you smoke, you’re overweight or you have diabetes or high blood pressure. Heart attacks also tend to affect middle-aged people who may or may not have a history of anxiety.

While the symptoms of both types of attacks are similar, heart attacks are characterized by a weight or pressure on the chest that radiates into the left arm or jaw, sweating, shortness of breath, or heart palpitations. The tricky part is, these are the typical symptoms; many people especially women, diabetics, and those above age 70 years can have atypical symptoms.

You’re having an attack. What should you do?

“Especially if you’re having a heart attack – but even if you think you’re experiencing a panic attack but can’t be sure, you have to assume the worst,” Dr. Khandelwal says. “Call 911 and get medical help.”

Because many of the symptoms people have during an attack are the same, even those who have previously experienced a panic attack may have difficulty determining what is happening to them.

Medical professionals have the expertise to deal with both attacks, and to get you the additional help you need – whether that be cardiac rehabilitation after a heart attack or a therapist to help you confront and overcome your anxiety post-panic attack.

Dr. Akshay Khandelwal is a cardiologist who sees patients at Henry Ford Hospital in Detroit.