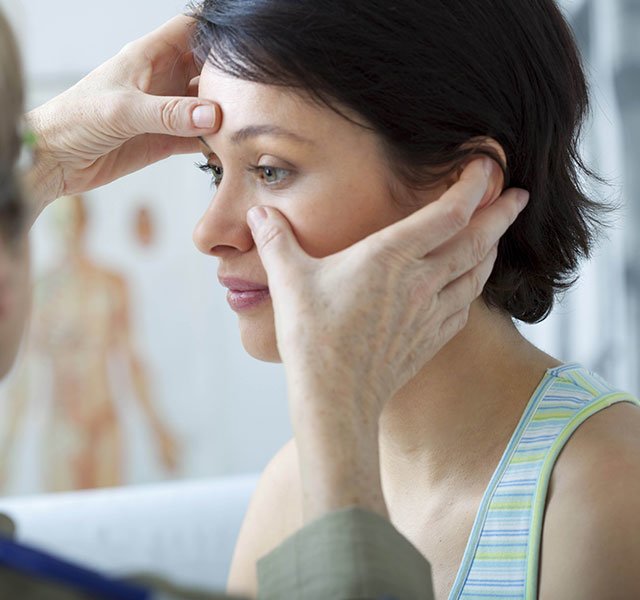 In Michigan, allergies can strike year-round. But if you’re finding your symptoms are constant, or don’t get better with medication, you could have something worse (and potentially much more serious). Sinusitis, an underlying condition caused by inflammation of the sinuses and nasal cavity, could be to blame for your allergy-like symptoms.

John Craig, M.D., an ear, nose and throat (ENT) physician who specializes in rhinology (the care and treatment of the sinuses and nasal cavities) at Henry Ford Health, explains what sinusitis is, how it affects those with the condition and what you can do to treat it.

Q: Can you further explain sinusitis and what causes it?

Dr. Craig: Sinusitis is caused by inflammation of the sinuses and nasal cavity. In these cavities, there are air-filled spaces that have a tissue lining called “mucosa,” and this lining is what produces mucus. For those with the condition, the mucosa becomes inflamed and releases excess mucus that is thicker in texture and may become infected.

There are two types of sinusitis: acute and chronic. Acute sinusitis is prevalent for weeks and up to three months. If your sinus symptoms fall into the acute category, but return as separate episodes with breaks in between, it is known as recurrent acute sinusitis. Chronic sinusitis involves symptoms that occur for three months or more without a break. It is important to diagnose each of these conditions accurately as treatment is different depending on which type of sinusitis you have.

When it comes to what causes this condition, there could be multiple factors. We do know that varying degrees of inflammation (allergic, infectious, autoimmune, etc.), as well as malfunction of the mucosa can be blamed for sinusitis. While the exact causes cannot always be determined in every patient’s case, inflammation is always a culprit. So, treatment centers on reducing inflammation.

Q: What is the difference between sinusitis and allergies?

Dr. Craig: It can be confusing to differentiate between sinusitis and allergies because allergies can cause nearly all the same symptoms (nasal obstruction, runny nose, postnasal drip, facial pressure, decreased smell, etc.).

On the flip side, patients with allergies often have symptoms that vary from those of sinusitis, like itchy, watery eyes or nose, and sneezing. Second, allergy symptoms tend to intensify when exposed to specific seasonal or year-round environmental triggers, yet tend to clear with the help of medications like anti-histamines. Also, allergies often have a stronger correlation within families, especially among first-degree relatives, compared with sinusitis.

Q: How common is sinusitis and who does it most often affect?

Dr. Craig: Across the globe, the condition affects about 15 percent of the population. While this number may not seem large, sinusitis is the fifth leading cause of antibiotic prescription and accounts for about $11 billion (yes, billion) per year in direct U.S. health care costs.

Sinusitis can affect anyone, but it typically affects adults. Acute sinusitis is more common, and tends to start when people reach their 20s. Chronic sinusitis more often affects middle-aged populations.

Q: What are treatment options?

If medical therapy is inadequate, surgery may be an option, and it’s been shown that patients see greater improvement with earlier surgery than with ongoing medication. The goal of surgery is to widen the natural openings in each of the sinuses as a means of improving the delivery of medication long term. In some chronic cases, PROPEL™ steroid-dispensing implants can be placed into the widened sinus openings at the time of surgery. These spring-like implants deliver safe amounts of steroid medication continuously for weeks to months and dissolve on their own.

Dr. Craig: Short answer: It depends. While sinusitis may not seem as serious as other conditions, it does greatly affect quality of life, especially when left untreated. With recurrent acute sinusitis, patients can expect at least a decrease in the number and severity of episodes every year with proper treatment, and in some cases may never get another sinusitis infection.

Chronic sinusitis is a persistent disease and will always be present to some degree, but with optimal medical and surgical therapy, patients should be able to expect long-term improvement. Patients may always need topical therapies, but a major goal is to limit or eliminate the need for oral antibiotics and steroids. By working closely with your doctor to monitor your symptoms and treatments, quality of life can be greatly improved.

Do you or a loved one suffer from sinusitis or another sinus related issue? Schedule an appointment with an ENT doctor today.