Chances are good that you’ve heard of GMOs – or genetically modified organisms. GMO technology allows farmers to grow crops that are more disease-resistant and therefore use fewer insecticides.

Yet many of us have gotten the message that GMO equals bad, and that’s just not true. Still not convinced? Let me dispel these six myths about genetically modified ingredients.

Myth 1: GMOs are inherently harmful. According to a new report from the National Academies of Science, Engineering and Medicine, there’s no evidence that genetically modified foods pose a risk to human health. In fact, GMOs are among the most thoroughly tested foods on the market. On average, it takes 13 years and $136 million before each genetically modified seed is approved. So it’s no wonder only 10 crops are currently approved for genetic engineering.

Myth 2: GMOs are everywhere. Actually, they’re few and far between: As stated above, only 10 crops are currently approved for genetic engineering: 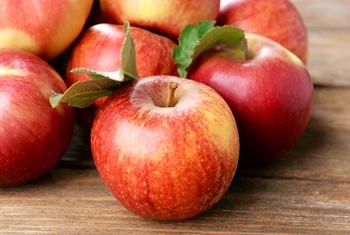 Myth 3: Genetic engineering is a new technology. Farmers have intentionally changed the genetic make-up of plants for over 10,000 years. Every fruit, vegetable and grain that is commercially available today has been altered by humans. Plant engineering began centuries ago when farmers started crossbreeding plants to come up with tastier or more disease-resistant crops. Then, in the 1920s, farmers turned to chemicals and radiation to change the seed to produce the plant they wanted. Both approaches modify up to 300,000 plant genes. With genetic engineering, scientists can select and modify just the one to 3 genes needed to breed a plant with the desired traits. The end result: corn that is resistant to certain insects, papaya that is resistant to disease, and soybeans that can survive a drought. And genetic engineering isn’t limited to food. Insulin used to come from human cadavers and then pig pancreases, but now a higher-quality insulin exists thanks to genetic engineering.

Myth 4: Foods with GMOs contain fewer nutrients. Genetic engineering has largely focused on reducing the need for insecticides and herbicides, while boosting farmers’ yields. That sort of modification doesn’t affect the crop’s nutrition. In fact, studies show that genetically modified foods are nutritionally identical to their conventional counterparts. There are a few crops, for example high-oleic soybeans, that have been designed to be nutritionally different and are labeled accordingly.

Myth 5: Consuming GMO food can change your DNA. Not true! Every food you eat that contains protein contains DNA, whether it is a GMO or not and there is no effect on your own DNA. This is because enzymes break apart the DNA in your gut and it is no longer functional. In fact, when a crop is processed down to its sugar (sugar beets, corn) or oil (corn, soybean, canola, cotton) there is no protein left. No protein means no DNA.

Myth 6: GMOs are bad for the environment. Genetic engineering is actually better for the planet than using conventional growing methods. For example, when crops are genetically engineered to be resistant to pests, farmers don’t have to use as many insecticides. Similarly, crops that are engineered to tolerate environmental problems (think drought, disease and mold) require less tilling and deforestation.

Though the new National Academies of Science report is reassuring, it doesn’t say there will never be ill effects associated with eating foods that contain genetically modified ingredients – policy and regulatory agencies need to keep procedures in place to continually evaluate new GMO seeds and organisms to make sure they’re safe. In the U.S., three certifying bodies — the EPA (which evaluates genetically modified plants for environmental safety), the USDA (which determines whether the plant is safe to grow), and the FDA (which assesses whether the plant is safe to eat) — all play a role in bringing genetically modified products to grocery store shelves and making sure the foods we eat are safe.

Consumers who are still concerned — or who simply want to know more about GMOs in their food — can learn whether products have been genetically altered thanks to a law passed in July 2016 requiring manufacturers to inform consumers about GMO ingredients. The bill requires food manufacturers to use one of three types of labels to inform consumers when GMO ingredients are in their products: a statement on the package, directions to a website or a phone number, or a QR code and will be implemented in 2018.

Read more nutrition and fitness advice in our EatWell and MoveWell sections. 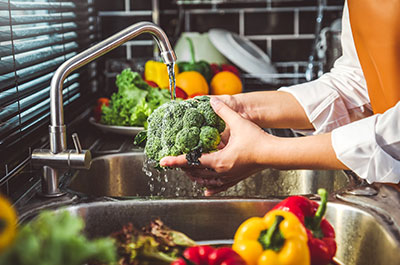