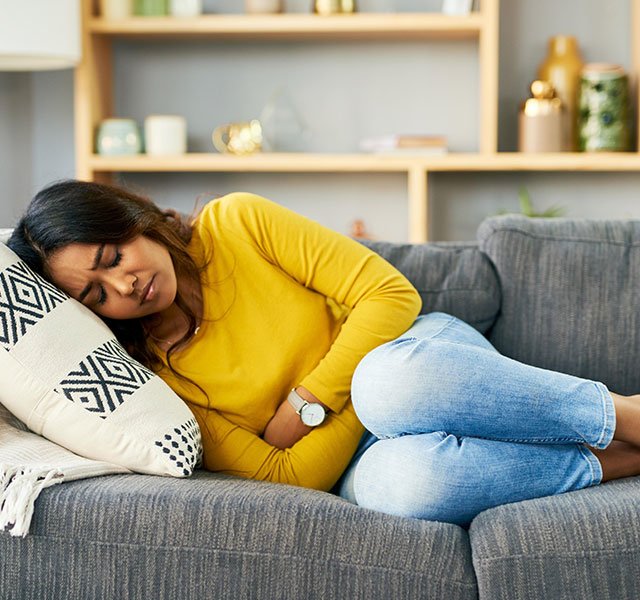 Small Intestinal Bacterial Overgrowth (SIBO): What You Should Know

Suffering from bellyaches? Gas? Bloating? You may have an overgrowth of bacteria in your small intestine. Called small intestinal bacterial overgrowth, or SIBO, this condition may affect up to 80% of people with irritable bowel syndrome (IBS). Yet many don’t realize bacteria is to blame for their bothersome symptoms.

Bacteria in the bowel makes sense. After all, that’s where our bodies process and eliminate toxins. The trouble starts when bacteria that normally grow in other parts of the gut become trapped in the small bowel, ferment and produce gas. That gas leads to bloating, pain, belching, nausea, diarrhea and constipation.

Beyond the bloat, gas and cramping, SIBO may interfere with your body’s ability to absorb food, leading to nutrient deficiencies or imbalances, weight loss and other troubling symptoms. The questions people ask me regularly:

Q: What causes it?

A: There are plenty of potential culprits. Factors that increase your risk of developing SIBO include:

Q: How do you know if you have SIBO?

A: The most definitive way to determine whether someone has SIBO is to examine microbes from the small intestine. Since that requires an invasive procedure, most doctors diagnose SIBO with a lactulose or glucose breath test. This simple, noninvasive test involves drinking a solution of either glucose or lactulose (both types of sugar). Bacteria in the small bowel ferment the sugars, producing hydrogen and/or methane gas. When levels of those gases are above normal, chances are good you have SIBO.

Q: What can you do about the condition?

A: Treatment for SIBO is highly individualized and complex. Doctors strive to address every identifiable cause of the bacterial overgrowth, including diet, lifestyle habits and underlying conditions such as Parkinson’s disease. Often patients follow a diet that is lower in fermentable carbohydrates to control symptoms. Called a low FODMAP diet (FODMAP is an acronym for molecules in food that are difficult for some people’s bodies to absorb: fermentable oligosaccharides, disaccharides, monosaccharides, and polyols), the plan isn’t proven to control bacterial growth. Elemental diets, which are processed liquid formulas that replace food and drink for a set time period, have a higher cure rate than a low-FODMAP diet. Other treatment approaches include antimicrobial herbs (like oregano and berberine), antibiotics such as ciprofloxacin (Cipro), metronidazole (Flagyl) or rifaximin (Xifaxan), and restoring balance in the gut with probiotics (good bacteria).

Related video: What Is Gut Health?

SIBO often occurs due to some underlying condition, particularly bowel-compromising conditions such as Crohn’s disease, celiac disease and inflammatory bowel disease (IBD). For example, research suggests that more than one-third of people with IBD also have SIBO.

Many people who have SIBO don’t realize their symptoms are caused by bacterial overgrowth. Left untreated, SIBO can lead to serious complications including nutrient deficiencies, dehydration and malnutrition.

The condition is treatable, but it can also recur. If you suspect you have SIBO, it’s important to work with an experienced physician. Once treatment begins, any underlying illness also needs to be addressed. Some people will feel better within a few weeks. Others require several months of treatment. It all depends on the amount of bacterial overgrowth in the small bowel.