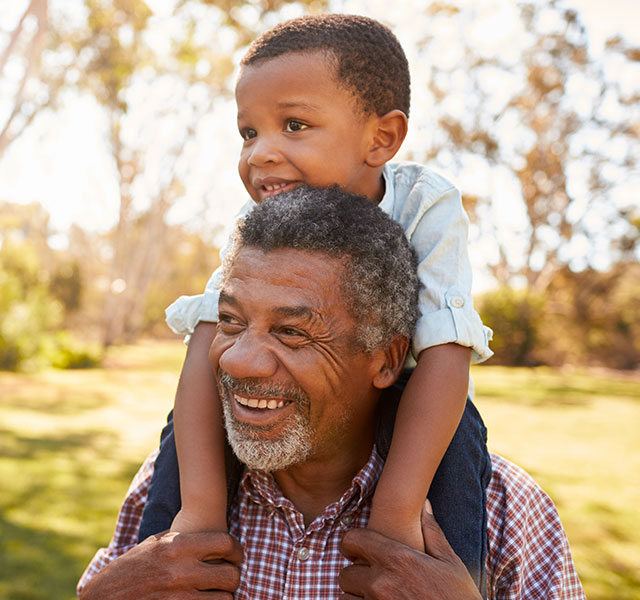 Why Are Black Men At A Greater Risk For Prostate Cancer?

Although all men are at a risk for prostate cancer, Black men are at higher risk. They are about twice as likely to get and die from prostate cancer than white men. The reasons for this, however, are not definitively known.

“It could be a combination of factors, from genetics to access to care,” says Firas Abdollah, M.D., a urologist with Henry Ford Health, who has published extensive research on the impact of race in prostate cancer. Here, Dr. Abdollah explains the factors that might lead to an increased risk of prostate cancer in Black men, and what they can do to stay vigilant.

“Inherited, biological factors could be a factor,” says Dr. Abdollah. “Studies have shown that prostate cancer in Black men has a different genetic profile—the mutations they have are different. It’s a more aggressive cancer and, at diagnosis, they present with a higher stage of cancer.”

Related Topic: How To Talk To Your Doctor About Awkward Men's Health Issues

When To Start Prostate Cancer Screenings

Screening typically consists of a prostate-specific antigen blood test (PSA) and a digital rectal examination (DRE). If either test is abnormal, further testing is done with a prostate biopsy, which involves obtaining a small sample of prostate tissue.

The PSA and DRE are how people have been screened for decades, but a more recent option is the use of prostate MRI, which has been shown to improve the detection of cancers that are likely to be aggressive and cause harm.

“It’s so important that all men get screened, because prostate cancer is a silent disease until it spreads to other parts of the body and it can’t be cured,” says Dr. Abdollah. “The PSA screening is the alarm bell. Before you feel anything, it tells you something is wrong. It’s a simple blood test, and it’s so important. It can save lives.”

Want more advice from our experts?
Subscribe to receive a weekly email of our latest articles, including more on coping with cancer.

Learn more about prostate cancer screening and treatment at Henry Ford. To make an appointment with your primary care doctor or a urologist, call 1-800-436-7936 or visit henryford.com.

Firas Abdollah, M.D., is a urologist with Henry Ford Health. He specializes in robotic surgery for prostate cancer (as well as kidney, adrenal and bladder cancer) and is the vice-chair of academics and research for the department of urology. He has published extensive research on the impact of race in prostate cancer. He sees patients at Henry Ford Cancer - Detroit, Henry Ford Hospital in Detroit and Henry Ford Medical Center in Sterling Heights.