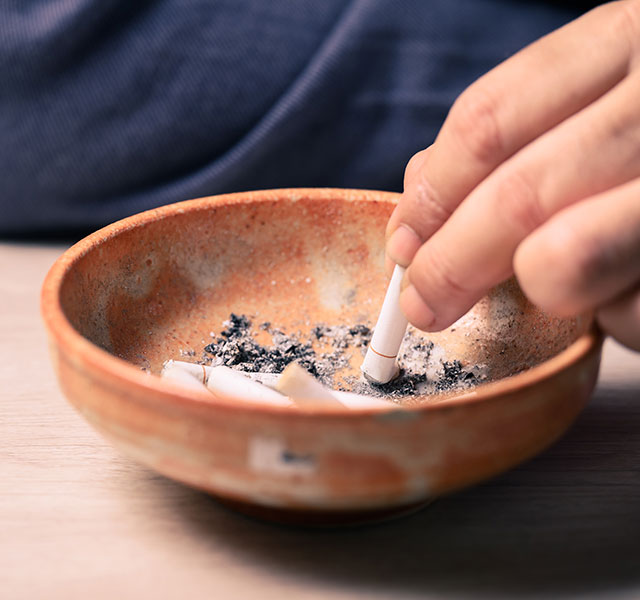 Menthol Products May Be A Gateway To Tobacco Addiction, Studies Show

Flavored and menthol products are popular with young adults and certain historically marginalized communities. Studies show that younger people and African Americans use menthol cigarettes at higher rates than other populations — and that makes these groups more vulnerable to long-term nicotine addiction.

"Menthol creates a sort of cooling effect that makes it easier to start smoking and more difficult to quit later on," says Amanda Holm, MPH, who manages the Tobacco Treatment Service at Henry Ford Health. In addition, the growing number of ways to use menthol tobacco products, including pouches and e-cigarettes, make it an easy and accessible choice for young and inexperienced smokers.

Menthol is a compound that's extracted from peppermint or corn mint plants. Synthetic menthol can also be created in a lab. Menthol's signature cooling effect not only reduces the harshness of cigarette smoke, but it also helps suppress the body's natural coughing reflex.

"Menthol is used in legitimate ways, such as in cough drops and mint gum," Holm says. "But in the case of menthol cigarettes, it's co-opted and marketed to marginalized and minoritized groups, such as African Americans and the LGBTQ community."

Most cigarettes contain menthol, but some brands boast higher amounts. Called "menthol cigarettes," these cigarettes make menthol the defining feature of their product. And while the Food and Drug Administration (FDA) effectively banned some flavored e-cigarette products in 2020, menthol products are still on the market.

Menthol products appeal to young people because they’re surprisingly easy to smoke. In fact, studies show that the youngest cigarette smokers use menthol cigarettes at the highest rates. The trouble is, once kids take up smoking menthol cigarettes, they're more likely to progress to continued cigarette use.

"Traditional cigarette use has declined among kids and young adults in recent years, but the use of other menthol products has continued to climb," Holm says. According to a 2020 study, adolescents who smoke menthol products show higher levels of nicotine dependence and emotional attachment to cigarettes, compared to their non-menthol smoking counterparts.

Unfortunately, once kids start smoking any type of tobacco, it's difficult to quit. The reason: Smoking produces a physiological addiction to nicotine that includes intense cravings. Nicotine prompts the release of a feel-good chemical called dopamine in the brain. Over time, smokers learn that they need a hit of nicotine to feel good — and that's a recipe for addiction.

A Focus On Prevention

One of the key tenets of successful tobacco prevention efforts is policy change. The U.S. Food and Drug Administration has proposed new regulations to prohibit menthol in traditional tobacco cigarettes and ban all flavors in little cigars.

"Little cigars is a product category that's popular in the African American community," Holm says. "With this new policy, the FDA is aiming to get flavors out of the most dangerous forms of tobacco."

In addition to policy change, it's important to understand the dangers inherent in tobacco products — and how difficult it is to overcome an addiction. Already hooked? There are many tools and resources to help you quit. You might try a mini-quit where you don't smoke for a brief period, or gradual weaning, where you reduce the number of cigarettes you smoke each week. You can also try one of the FDA-approved medications that are designed to help people quit smoking while breaking nicotine addiction.

To get help for a tobacco and nicotine addiction, contact the Henry Ford Tobacco Treatment Service. Services include coaching by phone, Freedom from Smoking® classes to help you quit, programs for teens and an ongoing support group.

Amanda Holm, MPH, is the project manager for the Tobacco Treatment Service in the Henry Ford Center for Health Promotion and Disease Prevention.

Categories : FeelWell
Tags : Addiction, Amanda Holm, Tobacco, Tobacco Use
You may also like...