Healthcare innovation involves new technology and processes – whether they were made for health care or for the International Space Station – to benefit patients. Henry Ford team members are pioneers, leading the way and embracing new ideas that are truly amazing. 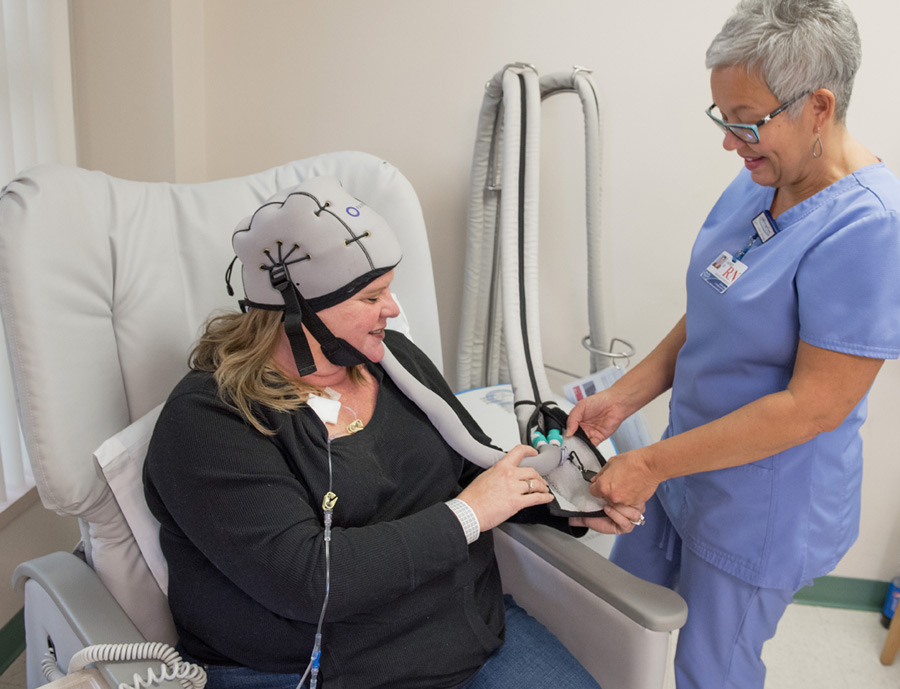 For Laura Carey, who was diagnosed with breast cancer, hair loss was an issue from the start. Her two biggest questions were, “Will I need chemotherapy, and will I lose all my hair?” Carey didn’t want people to identify her as a cancer patient. “I wanted to work, and I didn’t want people to look at me and immediately see I’m battling cancer,” she said. Carey was connected with the scalp hypothermia task force at Henry Ford, and purchased the cool cap to use during chemotherapy treatments. For her, it was a good mood elevator. “It’s empowering to not have that image of yourself as being sick,” she said. Learn More 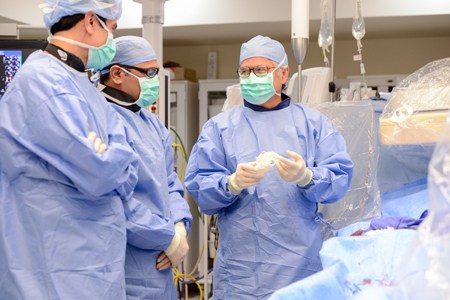 In 2018, 225 patients across six specialties benefitted from pre-procedure surgical planning using anatomical 3D printing and modeling. The System continues to garner national attention for the use of 3D printing, particularly in the structural heart program. 3D technology enables surgeons to perform safer procedures such as valve replacements in less time, and also allows delicate surgeries on frail patients, who otherwise would be too high risk.

One of those patients is Paul Yackey, who traveled from Naples, Fla., to Henry Ford for a transcatheter mitral valve replacement, performed with the assistance of 3D imaging, 3D printing, and a patented mitral planning protocol that was developed at Henry Ford Hospital. “The minute I got out of the hospital, I was back to full steam. It went perfect. My whole experience was extremely excellent. It couldn’t have been any better,” he said. “It was just like minor surgery.” Today, Yackey, a father of four with four grandchildren, is back to walking and exercising regularly in Naples with his wife of 67 years. 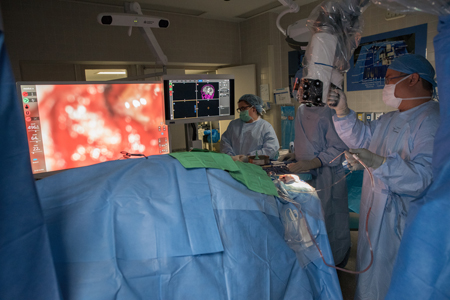 Brain and spine surgeons at Henry Ford Hospital are using International Space Station technology in surgeries. Modus V™ is a surgical navigation system that works in concert with a robotic arm developed from technology used on the International Space Station to position astronauts, repair satellites, and move cargo. Surgeons gain unprecedented views of a patient’s anatomy, allowing them to perform less invasive procedures on the brain and spine with greater precision. Learn More

Cardiologist William O’Neill, M.D., and his team at Henry Ford’s Center for Structural Heart Disease pioneered a protocol for treating cardiogenic shock in southeast Michigan that raised survival rates for patients in shock after a heart attack. A national study was conducted in 2018 that confirmed significant improvements in survival. In the study, 77 percent of patients who were treated with the protocol survived, significantly higher than the 50 percent survival rate typical for patients with cardiogenic shock. The National Cardiogenic Shock Initiative protocol is now being adopted by hospitals across the United States. Learn More

Henry Ford is one of only 17 U.S. clinical trial sites, and the only site in Michigan, to offer Cardioband, a non-surgical procedure to repair a leaky mitral heart valve. The catheter-based procedure offers patients an alternative to open-chest surgery. Learn More

Cardiologists at Henry Ford Hospital performed the first Neovasc Reducer implantation in the United States to treat angina (chest pain). Surgeons placed a stainless steel, hourglass-shaped mesh inside the heart through a catheter. The device creates a backflow of pressure into the heart, which pushes blood into areas that need additional oxygenation. Prior to the procedure, the patient reported only being able to walk two blocks before having chest pain. Following the procedure, he could walk several miles without any symptoms, and rarely experienced any chest discomfort. Learn More 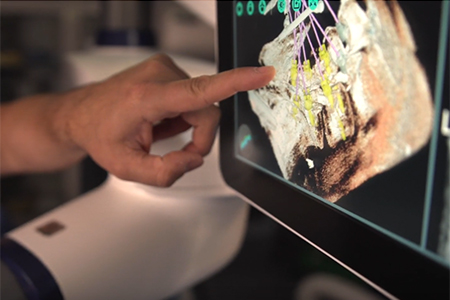 Enhancing Precision through Robotics and Navigation

The Excelcius GPSTM surgical system improves accuracy and optimizes patient care by combining robotics with navigation and was first offered in Michigan at Henry Ford Allegiance Health. The GPS 3-D guidance system allows neurosurgeons to precisely place screws and implants in the spine while seeing  - in real time - exactly where to place their instruments. Learn More

Henry Ford orthopedic spine surgeon Stephen Bartol, M.D., in collaboration with neurosurgeons, developed Generation 2 of the Sentio neuromonitoring system. It provides neurosurgeons with feedback on the location of nerves in real time through the use of adhesive smart-sensors applied to the skin. By providing this timely information and enhancing surgical precision, the risks of damaging the patient’s nervous system are significantly reduced. Patients also experience a faster recovery, less blood loss and a shorter hospital stay. Henry Ford Allegiance Health was the first hospital in the nation to use the technology. Learn More

Health of the Community