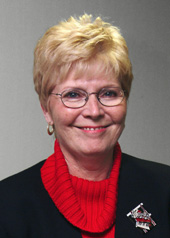 Harden has spent the 30 years of her career in ambulatory nursing. She has held positions of nursing supervisor, nursing administrator and administrative manager at several Henry Ford medical centers both in primary care and specialty care.

She has a bachelor's degree in Nursing from Madonna University and a master's degree in health care administration. In 2003, she was received the Nightingale Award for Nursing Administration; was named Registered Nurse of the Year awarded by the Detroit News and Free Press and was named the Crain's Detroit Business Health Care Professional.

Join our team
Find your next job with us.
Search Nursing Jobs
X