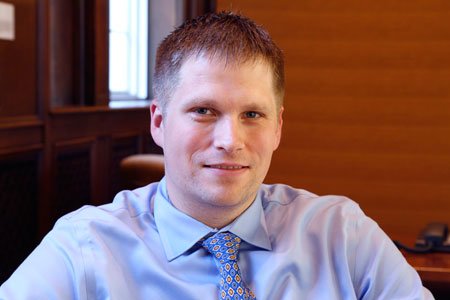 Matt George is a Hospitalist for the Henry Ford Medical Group and works primarily at the West Bloomfield campus. He is originally from Indiana and completed his undergraduate training at the Purdue University. He then went to American University of the Caribbean on the island of St. Maarten for medical school and then moved to Michigan to complete his clinical rotations. He then completed Internal Medicine Residency training at Henry Ford Hospital in 2012. He initially became interested in the Davidson Fellowship after competing in a digital health competition through the Innovation Institute during residency. Currently, as a Hospitalist, Matt primarily specializes in taking care of patients that are admitted to the hospital for various medical conditions. As a specialist in inpatient care, he is most interested in optimizing hospital efficiency, reducing medical complications, and improving patient satisfaction and engagement.