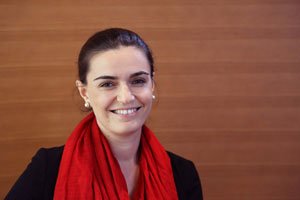 Tina is the Chief Development Officer at the Henry Ford West Bloomfield Hospital, where she is responsible for the hospital’s fundraising efforts. Previously, Tina served as the Director of International Giving and Engagement at the College of Literature, Science, and the Arts (LSA) of the University of Michigan (UM). Tina has also worked for the US Embassy in Kiev, Ukraine, the United States Mission to the United Nations in Geneva, Switzerland, the Club de Madrid in Madrid, Spain and for the State Department (Main State) in Washington, D.C. She holds a bachelor’s degree in Political Science, a master’s degree in Public Policy, and a master’s degree in Higher Education (with a focus on Philanthropy, Advancement and Development) – all from the University of Michigan. Tina enjoys meeting new people, traveling with her husband, and is excited to teach a course on networking at the University of Michigan during the Fall 2015 semester.