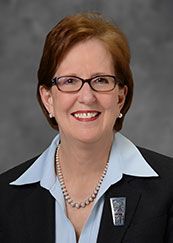 Barbara received Bachelor of Science in Nursing and Master of Science degrees. In addition to executive leadership roles within the Daughters of Charity Health System and Trinity Health, both leading health systems in the United States, Barbara served as a Captain in the U.S. Army Nurse Corps.