Return to Search
Is this you? Change your profile. 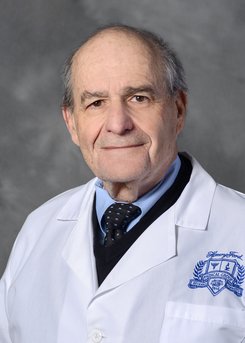 Henry Ford Health is committed to ensuring our Deaf or hard-of-hearing patients and visitors have equal access to all services. We provide the appropriate auxiliary aids and services, including qualified sign language interpreters, TTYs and other assistive listening devices, at no cost. To request assistance, call 313-916-1896 or email CommunicationAccess@hfhs.org.

After serving as president of the Sleep Research Society, and the founding president of the National Sleep Foundation (NSF), Dr. Roth became chairman of the National Center on Sleep Disorders Research advisory board. In addition, he was a member of the board of directors of the Associated Professional Sleep Societies (APSS), chaired the Association's Scientific Program Committee and the governing board of the World Federation of Sleep Research Societies.

Dr. Roth was instrumental in the formation of the Association of Sleep Disorders Center (ASDC) and served as the organization’s second president. He is also the former Chairman of the World Health Organization’s worldwide project on sleep and health.

In addition to authoring and co-authoring numerous articles, Dr. Roth serves as past editor-in-chief of the journal Sleep. He currently sits on the editorial boards of Sleep Reviews, Stress Medicine, and Advances in Therapy and Human Psychopharmacology.

In 2002, Dr. Roth received the NSF’s Lifetime Achievement Award for his accomplishments and contributions to sleep science, sleep medicine and public health. He received a Distinguished Research Award from the Sleep Research Society as well as the Nathanial Kleitman Award from the Academy of Sleep Medicine. Dr. Roth’s contributions to the sleep field are expansive, ranging from prolific research productivity and scholarship to multiple national leadership positions, as well as the mentoring of many students and colleagues.

Dr. Roth received his doctorate in 1970 from the University of Cincinnati and has since studied sleep homeostatic processes, sleep loss, sleep fragmentation, sleep pathologies and the effects of pharmacologic agents on sleep/wake function.