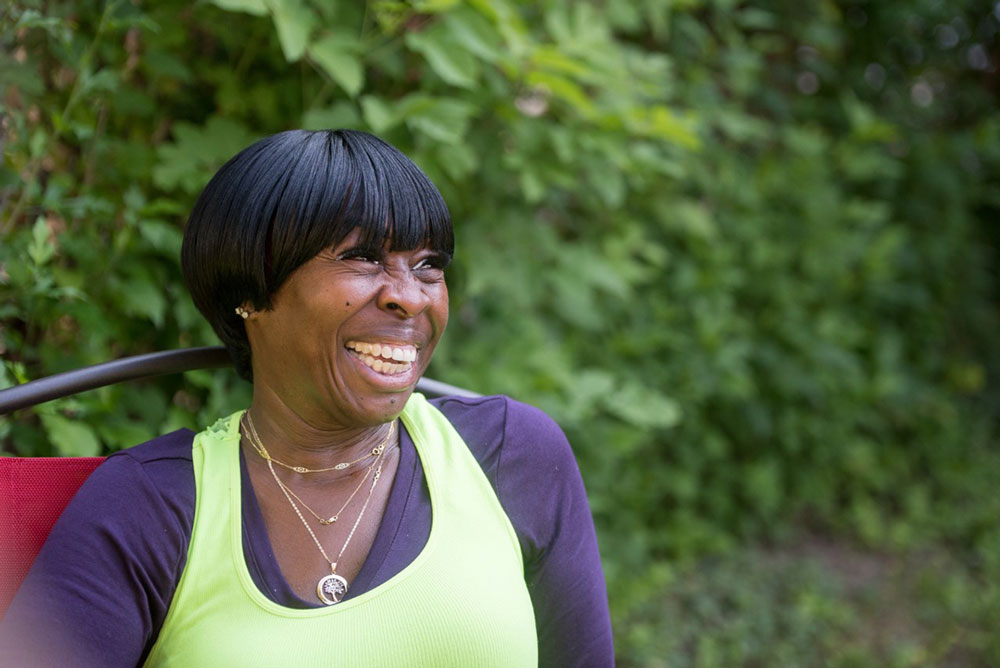 As a former constant watcher for suicidal patients, June McKie noticed patients talked more to encouragers. She used that knowledge in her new job as a dialysis registration clerk at Henry Ford. But the lesson became personal when she was diagnosed with cancer and required tongue reconstruction. Four weeks after her surgery, June would be back at work, talking with dialysis patients and feeling grateful for a team of supportive Ear Nose and Throat experts and an “angel” robot. 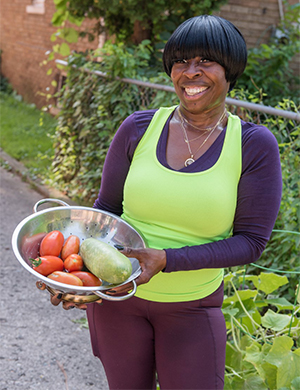 June, a widow, lives with the things she loves – a cat that’s her “baby,” a front yard full of flowers, a back yard full of veggies for soul food and any food. She enjoys cooking, except eating tomatoes and pineapples “sizzled” her tongue. The “magic mouthwash” she’d been prescribed didn’t work like a charm.

In December 2020, after the painful white bump on June’s tongue was diagnosed as stage 1 cancer, her doctors referred her to ENT specialists at Henry Ford.

Tamer Ghanem, M.D., Ph.D., director of head and neck microvascular surgery fellowship, explained that tongue reconstruction would involve intricate and extensive surgery for about eight hours. Because the tumor was on the back of the tongue and encroaching on her tonsil, a single-port robot would be used to remove the tumor and nearly 35 percent of her tongue. Next, muscle and tissue would be taken from June’s arm and used to reconstruct the tongue. Finally, the blood supply from her arm tissue would be incorporated into the tongue. 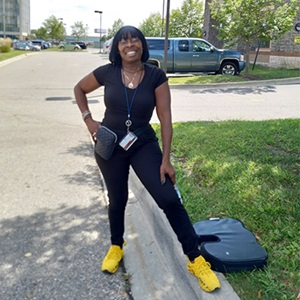 “I didn’t break down. I didn’t cry. I had to be strong,” says June. “I’d also have a tracheotomy and wouldn’t be able to talk or lift my arm for a while. And I’d need speech therapy.”

Home alone after hearing about the surgery, June called the man who she had been dating, her ballroom dancing partner. When he heard about the cancer, he slowly cursed three times. “All my strength came from his three words. He couldn’t handle it. I needed to be the strongest I could be to face this. I stopped dating him.

“When some people hear you have cancer, they fall out and want to bury you,” says June. “I didn’t tell my family because it was Christmas time. Instead, the doctors at Henry Ford took me in as family. And I talked to God and my friend, Rhonda Walker. 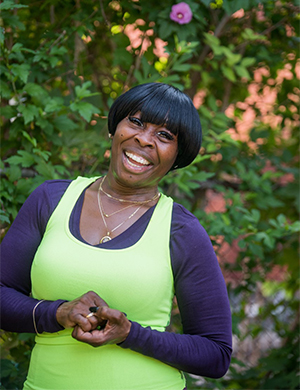 “The last thing I remember before I went under was meeting that robot. I believe that robot was a ceramic angel God sent to Henry Ford Health to take care of me through Dr. Ghanem,” says a smiling June.

Henry Ford was the first in Michigan to obtain two Da Vinci surgical robots, giving microsurgeons improved access to treat tongue and throat cancer. Dr. Ghanem, a clinical associate professor at Wayne State University, was one of the first adopters of robotic surgery after FDA approval.

June says her strength sometimes comes from getting angry. When a home nursing assistant couldn’t fix her feeding tube and left, June tried. Sticky feeding solution flew everywhere. Alone, June washed her hair and the bedding. She fixed the feeding tube, watched TV and slept soundly. “I am grateful for that woman. She made me see what I could do for myself,” says June.

An additional surgery was required in April 2021. June had been biting inadvertently on the inside of her mouth, so three teeth were removed. 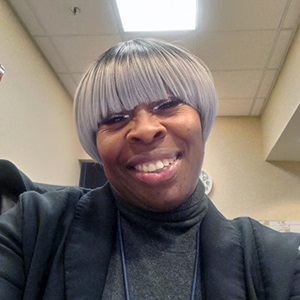 “I have nothing but compliments for Henry Ford. Meeting Dr. Ghanem was the best thing that ever happened to me. He was straight up and honest. Dr. Ghanem’s team worked so hard. They listened to me. They were very mindful of what I was going through,” says June. “I wanted the surgery done quickly so I could go back to work. People needed me at my job, and I needed my mouth to talk.”

“I’m there for my patients. I get up at 4am and I don’t have to be there until 9am just to stay with the people.”

“Ms. McKie has demonstrated incredible willpower in one of the worst possible situations where most people would be ready to give up,” says Dr. Ghanem. “She’s a fighter.”

June says she was the runt in her large family. Often her brothers picked her to do the difficult tasks, but her mom taught her to face her fears. Now, she says, her family June use to wear long sleeve shirts to cover up the scar on her arm. 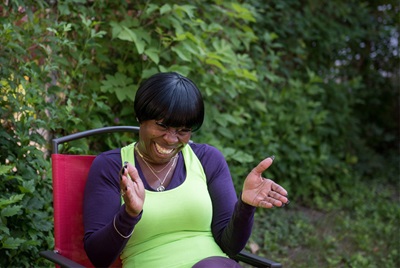 “It wasn’t until meeting my new fiancé, who encouraged me to show my scar. That I decided to stop hiding it.” June considerers herself very lucky to have found Brennon, who has supported her through her journey.

June’s advice for patients: Ask questions, pay attention to details and don’t be scared about medical terms. If you're diagnosed with cancer, don’t run from it, don’t freak out. Don’t let the fear incubate. Face the problem, and attack it head on. Find out how you can get rid of it quickly. Cancer grows, and time is a factor.

June’s goals: “I want to stay healthy, care for myself and enjoy life as much as I can.” 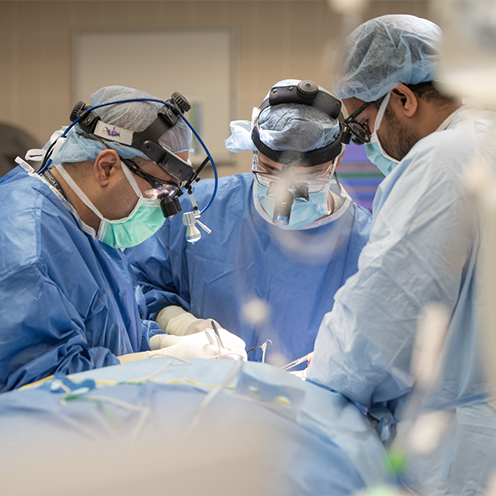 Methods of Facial Reconstruction After Cancer

People who are diagnosed with cancer—especially head and neck cancers—may worry that their treatments will be deformative. Removing tumors from areas like the tongue, mouth or cheeks can interfere with eating, talking and swallowing. Luckily, however, reconstructive surgery can be performed.

Cancer Institute
At the forefront of emerging research, among the nation’s most comprehensive resources.
Clinical Trials
Discover hundreds of clinical trials for virtually all types of cancer.
Cancer Support Services