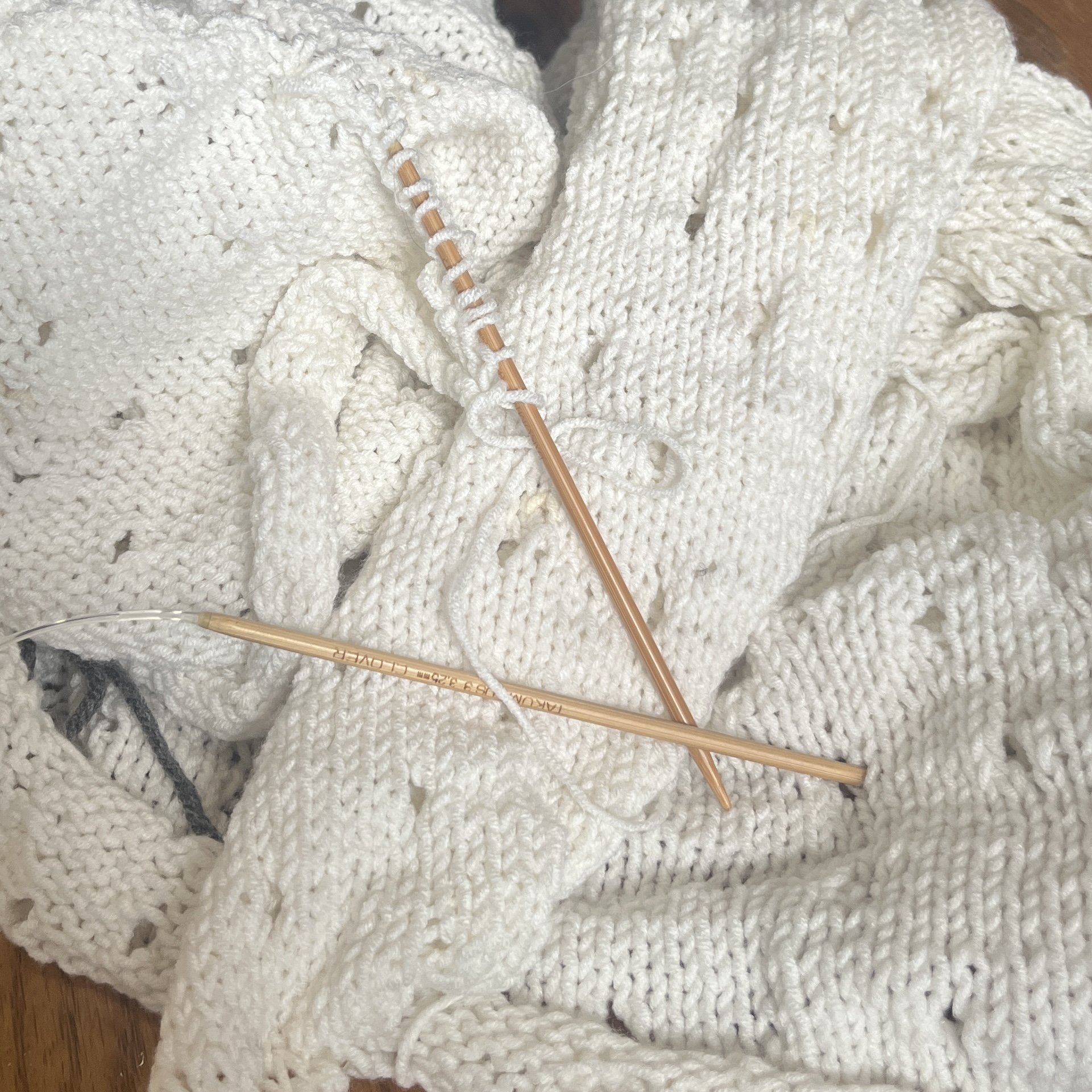 The simple and complex nature of these two skills make them a great self care tool for the craft artist. Both techniques are ‘simple’ in the sense that they only require sticks and string, and complex due to the endless possibilities of combined stitches. The origins of knitting date back to the 5th century AD, and crocheting has been around since the 16th century in various forms. According to an article by Charlie Bradley Ross, “knitting is believed to have originated in the Middle East in the 5th century and traveled to Europe with wool traders soon after”.

The evolution of crochet is a bit more mysterious, as stated in an article by Ruthie Marks, there are a few theories as to the origins of crochet: “One: Crochet originated in Arabia, spread eastward to Tibet and westward to Spain, from where it followed the Arab trade routes to other Mediterranean countries. Two: Earliest evidence of crochet came from South America, where a primitive tribe was said to have used crochet adornments in rites of puberty. Three: In China, early examples were known of three-dimensional dolls worked in crochet."

Regardless of the origins of knitting and crochet, today we get to benefit from the joy and satisfaction of creating something from nothing with sticks and string.

Both knitting and crochet can challenge and strengthen our brains through the repetition of complex stitches and patterns. This actually helps build new neural pathways that help with memory and can reduce the cognitive decline that comes with age.

Knitting and crocheting can also reduce stress and blood pressure; decrease symptoms of depression; and reduce chronic pain. The meditative and repetitive action of both knitting and crocheting help to focus the mind on the activity, thereby slowing the nervous system and reducing anxiety and stress hormones (cortisol) in the body. Betsan Corkhill, author of “Knit for Health & Wellness”, collected the responses of participants and found that the act of knitting “those who were clinically depressed said that knitting made them feel happy or very happy.” In addition, Corkhill also found in a study that people with chronic pain were able to reduce their experience of chronic pain by focusing on knitting.

There are so many benefits to these timeless fiber arts practices that you might want to give it a try!

Follow these links to some great resources on how to knit and crochet:

The C.A.R.E. Program team would love to connect with you!

Join our Facebook group and link with fellow caregivers. Our group is a hub for resources and information from local experts.

Sometimes it can be hard to take medicine the right way. Taking medicine properly is important to keep you healthy.