We understand how challenging it can be to live with gastroesophageal reflux disease (GERD). That’s why, as part of our approach to caring for patients with GERD and other esophageal disorders, we offer the LINX device.

One of our expert surgeons can place this band around your lower esophagus (the tube that carries food from the mouth to the stomach) during a minimally invasive procedure.

Titanium Beads on a String

This innovative treatment option is intended to bring permanent relief to those living with GERD. 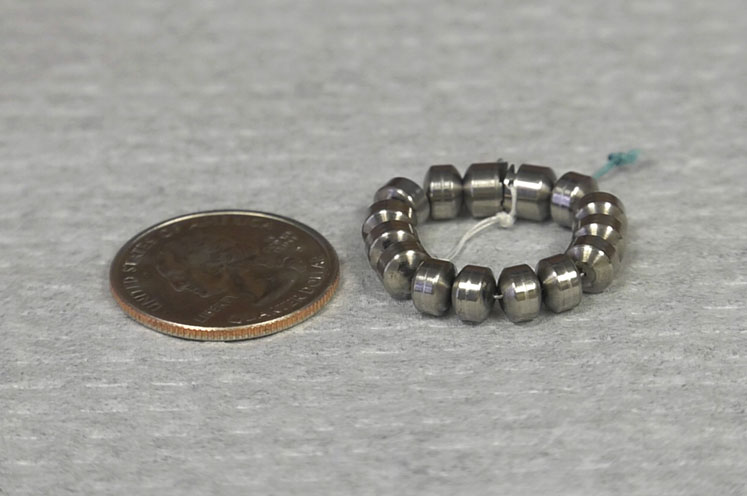 What to expect during LINX device surgery

The LINX device is a small, flexible band of titanium beads that’s about the size of a quarter. These beads are magnetic, and they let the muscles of the esophagus expand as normal during swallowing. However, after your food enters the stomach, the beads contract, which prevents stomach acid from traveling backward into the esophagus and mouth (known as acid reflux).

The entire procedure will take about 45 minutes. Your surgeon will perform the procedure through tiny incisions. This makes the procedure much less invasive than more traditional surgical options to treat GERD. It’s also permanent, unlike other treatment options, such as Nissen fundoplication (a surgery in which the surgeon wraps the top of the stomach around the lower esophagus).

After your surgery, your doctor will want you to eat immediately. This helps stretch your LINX device and begins the healing process. You likely will go home either the same day as your procedure or the day after.

After your LINX device surgery

After your surgery, you should only eat soft foods for the first day. After that, you can eat regular foods again. Your doctor may recommend that you avoid certain foods, such as dense meats and dry breads, for a few weeks as part of your healing process after surgery.

Your doctor will recommend that you avoid common triggers for acid reflux, such as:

However, you likely will be able to enjoy foods that you haven’t been able to eat since you began experiencing symptoms of GERD. We’ve even seen some patients resume high-spice diets after undergoing LINX device surgery.

Find out if LINX device surgery is right for you

To schedule a consultation about whether you’re a good candidate for LINX device surgery, call us at (313) 916-2698.