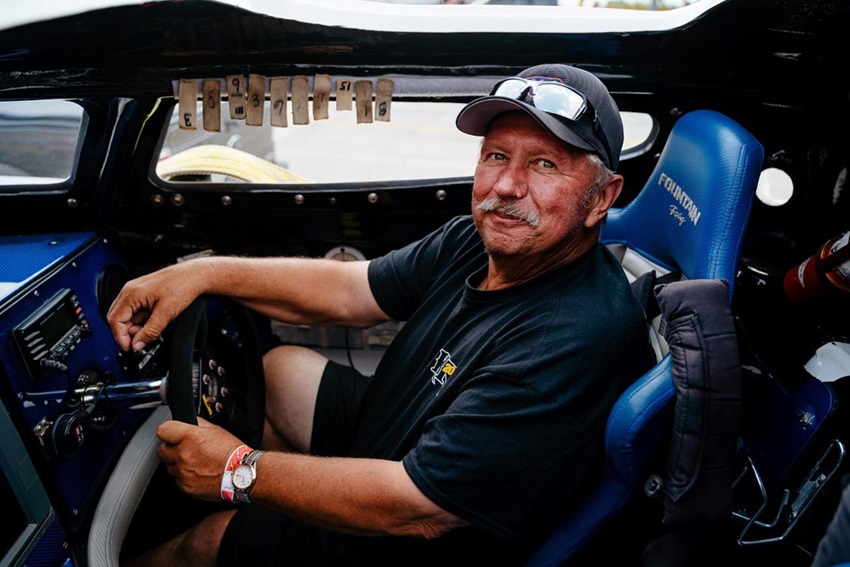 During a Fourth of July get together with family and friends at his marina, Ed Smith, a well renowned boat racer from St. Clair, noticed a small lump in his neck. He thought it was a cyst and wasn’t too concerned, until it began to grow rapidly and cause discomfort.

“It went from the size of a pencil eraser to a golf ball within two months,” said Ed. “Even though I was right at the peak of my busy season at the marina, I knew it was time to see a doctor.”

Ed reached out to a friend who was a doctor that had done her residency under Dr. Steven Chang, Vice Chair of Otolaryngology Head and Neck Surgery for Henry Ford Health. She ordered a CT scan of the area, and when the results came back, she explained that the lump was a tumor and he needed to see Dr. Chang.

Oropharyngeal cancer is a type of head and neck cancer where cancer cells are found in middle part of your throat which includes the tonsils, just beyond your tongue. Ed’s cancer was located in his oropharynx (left tonsil). In many patients, the first symptom may be a lump in the neck due to spread of cancer to the lymph glands of the neck.

“Some may also have difficulty swallowing, throat discomfort or ear pain as the tumor begins to grow,” says Dr. Chang. “This type of cancer grows rapidly, but it has a very good cure rate, which is why we also focus on making sure patients have good function and quality of life following treatment.”

“I was shocked by the diagnosis because everything had happened so fast, but I quickly realized that whatever the outcome, I had lived a full life, and most people don’t get to do what I’ve done,” said Ed. 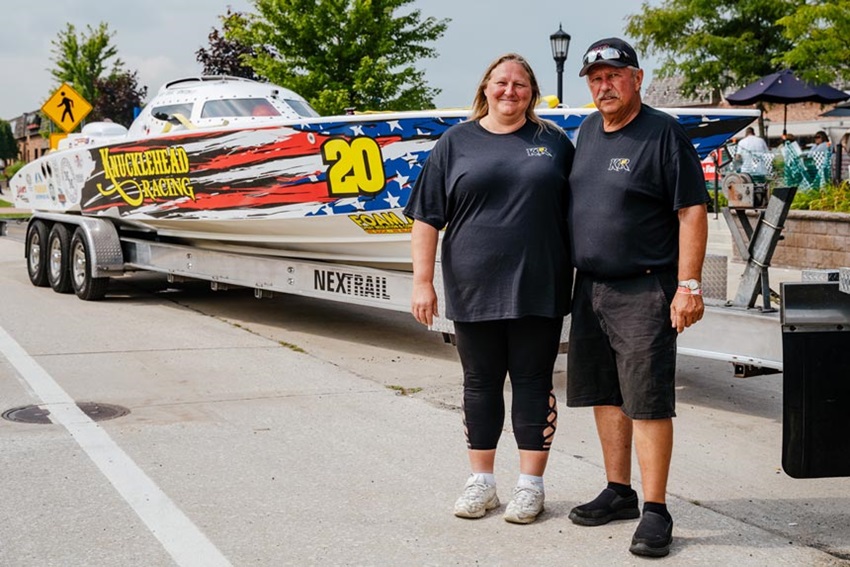 Ed’s life was anything but boring. He developed the need for speed nearly 30 years ago after a friend who worked on boats bet him $5 that he couldn’t beat him in a race. Not one to back down from a challenge, Ed bought a boat and competed in his first race and won it. From then on, he was hooked.

Ed has raced all over the world winning countless titles and awards. He also owns a race team and a marina and was inducted into the Port Huron Sports Hall of Fame in 2013.

“Racing is my relaxation, even though it takes immense concentration,” says Ed. “I told Dr. Chang I wasn’t ready to give that up, and I was hopeful I would make a full recovery to get back to doing what I loved.” 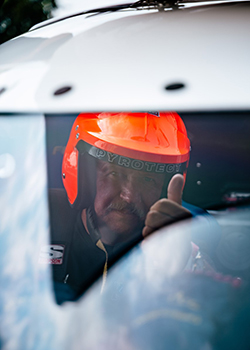 Dr. Chang suggested two treatment options for Ed’s case. The first was surgery to remove the cancer in his throat with robotic assistance, and the lump in his neck. The second was radiation with concurrent chemotherapy.

After meeting with the rest of the head and neck rehabilitation team, which includes a speech and swallow specialist, dietician and psychologist, Dr. Chang and Ed met again to talk about the goals of his cancer care beyond just the cure. Armed with the knowledge gained from the entire team that would participate in both his cancer treatment and rehabilitation, Dr. Chang and Ed had a thoughtful discussion about which treatment pathway was best for him. The second option was more favorable.

“We made a thoughtful decision together,” said Dr. Chang. “Even though I was not going to be operating on Ed, I was still the quarterback that would lead his care team.”

“Radiation treatment is a standard of care for this type of cancer, and it is very effective,” said Dr. Farzan Siddiqui, Vice-Chair of Radiation Oncology and Director of Head and Neck Radiation Oncology at the Henry Ford Cancer Institute. “It wasn’t going to be easy since there are side effects from radiation, but we were all hopeful for an excellent outcome.”

The side effects from the radiation were intense. Ed suffered from significant pain, weight loss, loss of taste and dryness of mouth, as is commonly seen in patients undergoing this form of treatment.

“The pain from the radiation was unimaginable, and at one point it started to take over, but I knew I had to power through it,” said Ed. “And it’s easy to get depressed, which is why it’s so important to stay in touch with people and keep moving, even on the days you don’t feel like it.”

“I had a business to run, so I had to keep working through the whole ordeal. There were some dark days, but I made it through with the help of my team.”

Ed ended up recovering well from his treatment-related side effects, and his follow-up PET scan, done 3-months after completion of therapy, showed a complete tumor response. He was finally beginning to feel like himself again, with only a few limitations that should eventually resolve.

“I still have some problems eating and have minor pain in my throat, but I feel great for the most part,” said Ed. 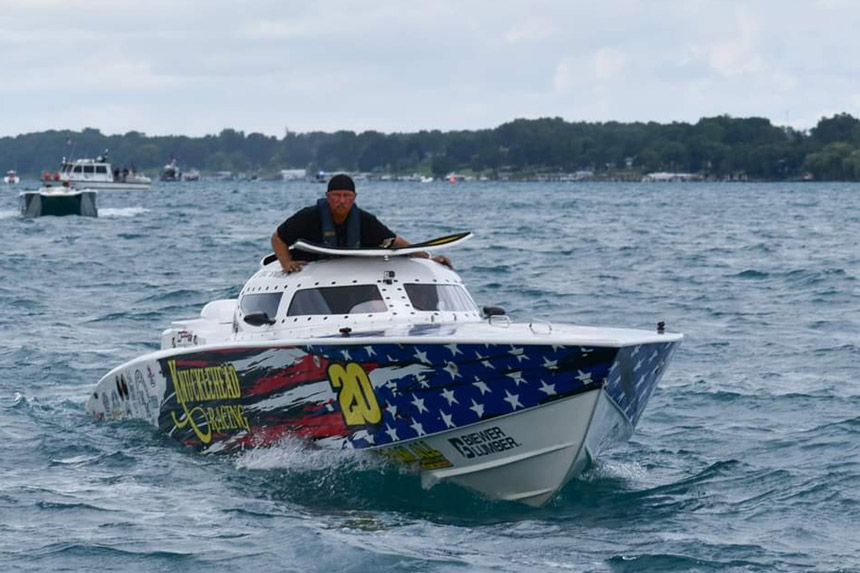 Ed went back to boat racing in May 2021. His first race back was in Cocoa Beach, FL and he won. He is still going strong and will continue to race as long as he can. He has six more events scheduled this year all over the country.

Ed is also working on building his gentleman’s racer, a boat he has wanted to build for years.

“This experience has taught me to not take things for granted and to focus on doing the things I have always wanted to do,” said Ed. “Building this boat is one of those things, and I’m looking forward to getting started.”

Ed has a follow up CT scan scheduled for later this month.

“I told my care team that if this scan mirrors the last one, I will skip down the hall of the hospital and ring the bell to celebrate.”