After A Lifetime Of Foot Trouble, A Young Father Gets Back On His Feet 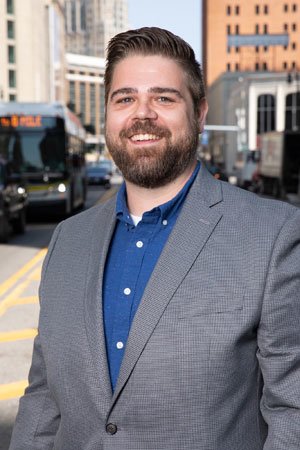 Aside from running after his toddler, one of Russell Nixon’s favorite things to do is take his golden retriever, Cooper, for a walk around his Grosse Pointe neighborhood. He never tires of seeing the beautiful architecture and old trees while breathing in the fresh air. But such seemingly simple pleasures weren’t so simple just a few months ago, when Russell was struggling with debilitating foot pain.

Russell was born with severe clubfoot deformity in both feet and had several corrective surgeries between the ages of six months and two years old. As a young child, his feet were in casts, and he wore a specialized foot apparatus that connected his feet with a bar to keep them in a fixed position.

“I think my first memory is crawling slash falling down the stairs of my childhood home because I had those shoes on with the bar between the feet,” says Russell, now in his 30s. “According to my parents, doctors said I would never be able to walk normally. While I was eventually able to walk without assistance, they said I could expect continued problems throughout my life, which has proven to be true.”

Revisiting A Specialist In Adulthood

Three years ago, Russell started experiencing pain in his right foot thanks to plantar fasciitis (when the tissue that connects the toes to the heel bone becomes inflamed). “My right foot had always been my ‘good foot’ — it had never really given me problems,” he says. “Up until this point, the left one had always been the worst.” 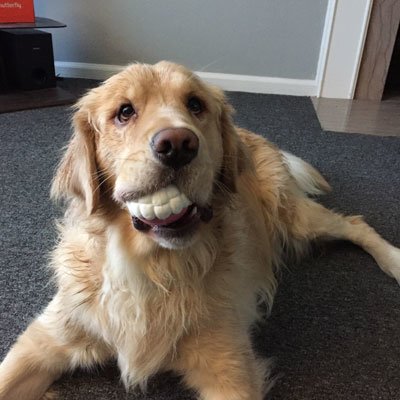 Russell decided it was time to see a specialist. His primary care physician referred him to Henry Ford Health’s Nicole Brouyette, D.P.M., a podiatrist who specializes in food and ankle surgery and reconstruction. They started with cortisone injections and shoe inserts, along with at-home exercises to strengthen the joints and overcome the pain.

But when the pain became severe, Dr. Brouyette recommended surgery. “Russell had some residual bio mechanical issues from his childhood surgeries,” says Dr. Brouyette. “He needed reconstructive foot surgery to allow his foot to reach the ground to correct his abnormal gait. He has a toddler at home and wanted to be able to continue to do all of the father-son activities without chronic pain. I remember hearing his story loud and clear, as I can relate to how active children are.”

Scheduling Surgery — And Confronting His Fears

Russell’s surgery was planned for the morning of November 13, 2020 at Henry Ford Cottage Medical Center in Grosse Pointe — a date he scheduled very strategically. “My son was newly mobile at the time, and I wanted to make sure I was going to be able to chase him around by Christmas,” he says. “I was really looking forward to it.” 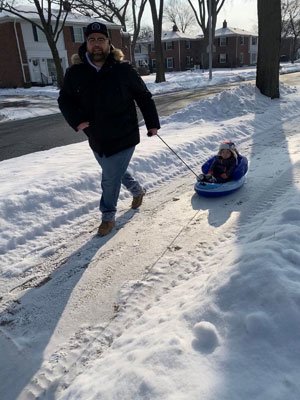 Although in the grand scheme of surgery this was a relatively minor one (it was an outpatient procedure) Russell was nervous. “I was nervous about taking pain medication, which I’m generally not comfortable with,” he says. “Then there was a concern that my feet are unique — they’re not the normal physiology a doctor would expect to see — so I was concerned that Dr. Brouyette would get into surgery and see more problems than she anticipated.”

But his fears ended up being unfounded. “Dr. Brouyette and the hospital staff were absolutely amazing, including a young man named Kurt,” Russell says. “He was there talking to me as they were administering the anesthetic, making me feel at ease. After I came out of the anesthesia he was there as well. I remember giving him a special thanks.”

The Road To Recovery

Russell was home from the hospital by lunchtime. He had been given a nerve block before the procedure, so that day he had no discomfort at all. In fact, the self-described workaholic says he logged into his computer in the afternoon to check his email.

After the blocker wore off, however, he felt pain for the next few days. But it wasn’t nearly as excruciating as the pain he felt before surgery. “What is astounding is that I did not realize how much pain I was in before until the surgery took place,” Russell says. “Even in those early days of recovery, just after the pain treatment weaned, I realized I felt better. I was in pain, but the pain was different. It wasn’t as severe and wasn’t as limiting to my legs. Before surgery, I could only walk short distances, the pain would keep me up at night.” 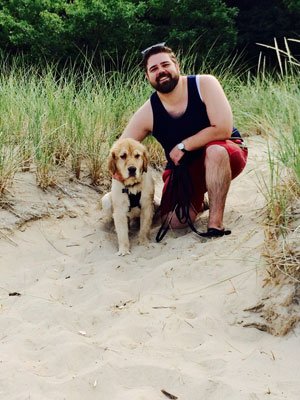 Following surgery, Russell was in a cast and used a knee scooter to get around. From there, Dr. Brouyette converted him to a walking boot, and he reached his goal by Christmas. “My second post-op visit was a week before Christmas, and Dr. Brouyette saw that everything was healing well,” he says. “I was able to return to most of my normal activities and we had a wonderful Christmas.”

Back At It — And Better Than Ever

Russell’s final post op was in January and now he feels great. “I’m walking two miles a day,” he says. “And I’m seeing overall positive health benefits for the rest of my body. That level of inactivity over the previous few years had taken its toll. My quality of life has dramatically improved. I’m ecstatic with where I’m at today.

“The other awesome thing is that the foot I had my surgery on is now my good foot again. The left one is still problematic, but I’m not frustrated by that because I have received great care from Dr. Brouyette. She takes the time to work through not only my unique history, but my current pain threshold to find a treatment that will help me maintain a high quality of life. Whatever happens down the road, I know she will be there to help.”