Lymphedema is a Treatable Condition 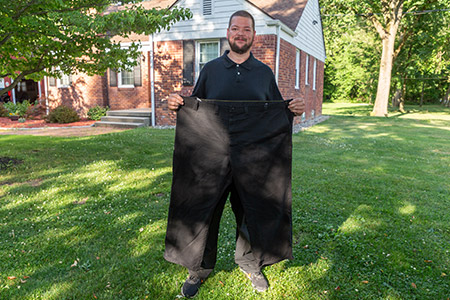 Robert Cooper, 39, doesn’t really know what caused his legs to swell some seven years ago, except it might have been standing for 10-12 hours every day at work. The swelling kept getting worse, with ulcers, discoloration, and varicose veins he realized in June 2018 it was time to find out what was causing this discomfort.

“I chalked all that up to working long hours and not taking care of myself,” said Rob. But now faced with many undiagnosed conditions, he knew it was time to address his health.

A visit with his primary care doctor revealed some endocrinology issues were the cause of his extreme fatigue, high blood pressure, low potassium and maybe his sleep apnea. “Of course, it didn’t help that I was overweight,” Rob chuckled. “That was something I knew needed to be addressed.” He underwent numerous tests and learned his thyroid was not working properly. 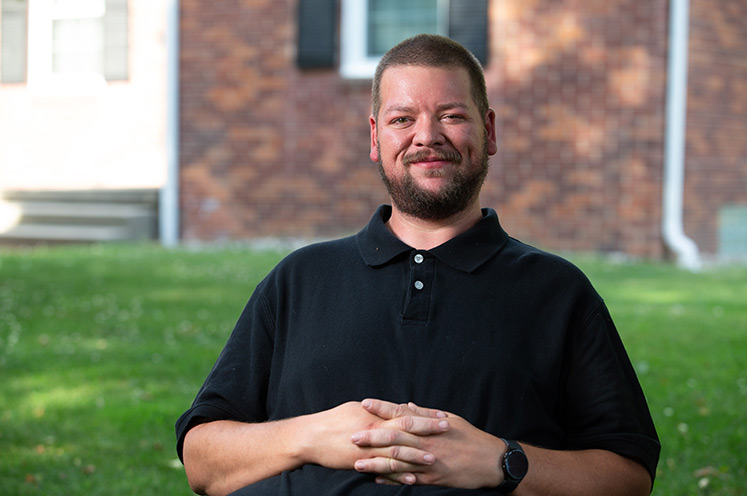 Rob was diagnosed with lymphedema – his legs were so swollen his pant legs and shoes didn’t fit properly. After meeting with Dr. Ahsan, they worked together to find out why his legs were swelling and how to help him lose weight. 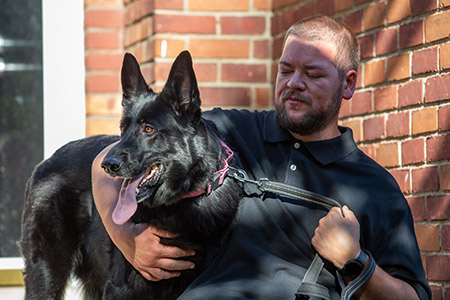 Rob’s endocrinologist finally sent him to see Syed Ahsan, M.D., vascular medicine specialist, Henry Ford Health, who diagnosed Rob with untreated lymphedema -- abnormal swelling usually in the arms or legs. It is caused by an accumulation of protein-rich fluid that blocks the lymph nodes which act as the drainage system. Symptoms can include feeling of heaviness or tightness, restricted range of motion, and hardening of the skin. Without treatment skin infections and sepsis can result. Rob had excess weight -- one of the risk factors.

“Rob’s condition was so severe he couldn’t get his shoes on – he had massive leg swelling and weighed over 480 pounds. Within six weeks Rob lost 40 pounds, then I didn’t see Rob until October 2021. He had continued to lose weight by following a healthy diet and lifestyle and the swelling in his legs lessened. It was at this point that we added physical therapy to his treatment plan,” Dr. Ahsan explained. “Sending a patient with extreme lymphedema to physical therapy might move the fluid out but it comes right back because there’s nowhere for the fluid to go, so the patient gets discouraged.”

There are a lot of treatments we could use, but “I believe conservative management along with our physical therapy team is much more successful, 99% of my patients with lymphedema never need surgery.” Each time Dr. Ahsan saw Rob he continued to lose weight, and by April 2022, Rob had lost 146 pounds and the swelling in his legs.

By June 2022 Rob shared, “I’ve lost over 200 pounds. My life is a whole lot better over these last two or three years, because I had good doctors. I should have seen Dr. Ahsan five years earlier!” Rob’s prognosis is “pretty impressive,” Dr. Ahsan has determined, and remarks his patients almost always say they should have come to him sooner.

Learn more from the experts.

Dr. Ahsan offers the following for patients with lymphedema: 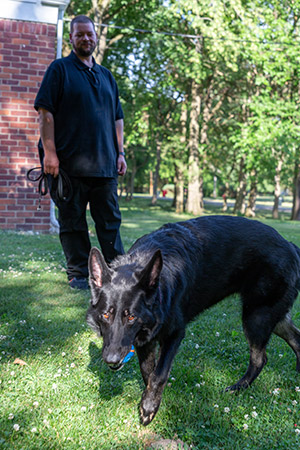