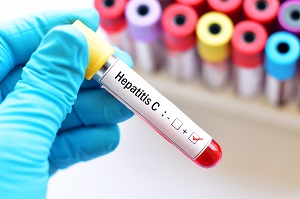 DETROIT (June 30, 2021) – Healthcare professionals who have questions about diagnosing and treating hepatitis C can now consult one-on-one with Henry Ford Health System medical experts as part of a partnership with the Michigan Department of Health & Human Services.

An estimated 115,000 people in Michigan are believed to be infected with the hepatitis C virus (HCV), and only about half of them have been tested and know of their infection. Henry Ford hepatology and infectious diseases specialists can guide providers on the latest updates for diagnosing and managing the disease, which is the leading cause of liver cancer. Rates of liver cancer have increased 38% from 2003-2012, according to the Centers for Disease Control and Prevention.

“The goal is to prevent patients from progressing to advanced liver disease and complications related to hepatitis C,” said Stuart Gordon, M.D., Director of the Division of Hepatology at Henry Ford Hospital and a national expert on hepatitis C management who leads the consult service. “The numbers (of cases) are staggering and this consult line is a one-stop service to provide best practices for diagnosing and treating this infection.”

Dr. Gordon said HCV is curable with an eight-week therapy of an antiviral medication, which is now covered by Medicaid and Healthy Michigan Plan enrollees. Currently, there is no vaccine to prevent HCV.

Healthcare professionals who have questions that require immediate answers are to call the Hepatitis C Consult Line at 313-575-0332 between 8 a.m. – 5 p.m. Monday-Friday. Non-urgent inquiries can be submitted online, with a response expected within 24-48 hours.

The consult line is part of the state’s We Treat Hep C Initiative to raise awareness and make treatment more accessible by removing prescribing barriers for healthcare professionals.

“This consult service will ensure our healthcare colleagues have the most complete information to meet the needs of their patients,” said Dr. Gordon who was part of a national guidance panel of the American Association for the Study of Liver Diseases and Infectious Diseases Society of America that issued clinical recommendations for testing, managing and treating HCV infection in 2019.

An estimated 2.5 million people are believed to be living with HCV infection in the United States, according to figures compiled by the U.S. Department of Health & Human Services. HCV is among a class of viruses that lead to severe liver disease, liver cancer and death. It is usually spread when someone comes into contact with blood from an infected person by sharing needles or equipment used to prepare and inject drugs, having sex with an infected person and receiving tattoos or body piercings from non-sterile instruments, among other exposure methods. New infections have also been fueled by the opioid epidemic.

Many patients who are newly infected don’t have symptoms or feel sick. For those who develop symptoms, they often occur up to 12 weeks after exposure and range from yellow skin or eyes to vomiting, joint pain, fever and dark urine. An HCV antibody test, followed by a nucleic acid test, are used to detect infection. Testing is recommended for anyone ages 18 and older including expectant mothers.

This is the second consult service between Henry Ford and MDHHS. Henry Ford has been advising healthcare professionals statewide on HIV disease management since 2016.