Radio personality Cheron Sanders tuned in to helping others after breast cancer diagnosis.

Cheron Sanders was raised to shine. And she does, especially as a multimedia radio personality on Mix 92.3 in Detroit. Happily married for four years, with an infant of nine months and a two-year-old toddler, the queen of bliss was about to drop into darkness. But skilled Henry Ford surgeons would make her body whole again with a new purpose in life.


At age 40, Cheron made an appointment for her first mammogram and cancelled it – a time conflict. Prompted by her mom, she rescheduled, had the mammogram and was called back for a biopsy. Her diagnosis: cancer, ductal carcinoma in situ, stage 0, mastectomy required. She was stunned and confused.

Cheron would learn abnormal cells were spread throughout her right breast. If the cancer travelled to her milk ducts, extensive treatment could involve a mastectomy, radiation and chemotherapy. But early treatment would involve only a mastectomy.

Terrified, suspicious, and symptom-free, Cheron got a second opinion from a doctor not affiliated with Henry Ford. Diagnosis confirmed. Mastectomy required.

Back at Henry Ford, Cheron took her husband and parents to talk with her breast cancer care team. “I wanted to know how I got cancer. Women in my family didn’t have breast cancer,” says Cheron. Why was a mastectomy needed?

“Cheron had calcifications throughout the entire breast, and some of them may have been related to cancer. All of them couldn’t be biopsied with a needle,” says Lindsey Petersen, M.D., a breast cancer surgeon. “If the abnormal cells were removed during a lumpectomy and breast cancer later developed, the calcifications could prevent seeing cancer in follow-up mammograms.”

To avoid the risk of cancer spreading, plans for surgery moved quickly. “But I wasn’t fully committed to the surgery,” says Cheron. “I felt so alone. I didn’t know anyone my age who had breast cancer or a mastectomy.”

At the eleventh hour on the night before the surgery, Cheron got a call from a breast cancer survivor, a referral from a friend. The survivor, Kanesha, recently had a mastectomy and was the same age as Cheron. “Kanesha talked me off the ledge. I could see a purpose for living. I finally got to the point where I was thinking I’m going to win. After that phone call, I felt totally ready for surgery,” says Cheron.

“Before they pushed me into the operating room, they allowed my parents and husband to see me. We prayed, holding hands with the nurses and doctors,” says Cheron. “In the operating room, I felt terrified. One of my surgeons walked in, picked up my hand and started rubbing it. I was able to relax before the anesthesia kicked in. It still brings tears to my eyes remembering how she comforted me.”

Henry Ford is one of the few hospitals with sufficient resources to perform the six-hour reconstruction surgery immediately following a mastectomy. It’s noteworthy that a federal law mandates most insurance companies to cover breast reconstruction costs. 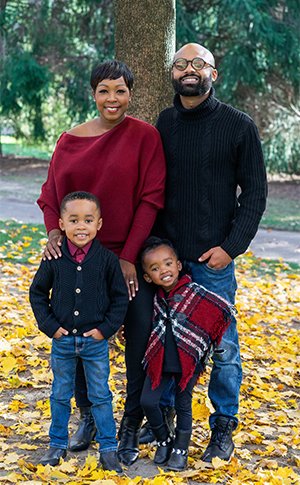 While Cheron managed pain during her six-week recovery, she missed happier times with her family – pizza-movie nights, board games, and running around outside their Farmington Hills home. But most of all, she missed hugging her kids.

“My job was to protect them and tuck away four drains so they wouldn’t see them. I’d say to the kids, ‘One day, I’m going to tell you something, and you’re going to be so proud of Mommy,’” says Cheron. “I want to be an example to my children of what they can get through by the grace of God.”

“Faith definitely changes in times like this. You ask a lot of questions. Why do I have to lose so much? But, I’ve gained so much too – gratitude, confidence and purpose,” says Cheron. “You don’t often consider how powerful God works through medicine, technology and research.”

Post-surgery help came from the support of Cheron’s husband. Her mom moved in with the family, and her mother-in-law watched the kids for the first couple weeks of recovery. Kanesha also was a great help by connecting her with support organizations, including house cleaning services.

She created CheronsSheroes.com, a website providing women with support during their breast cancer treatment – just like Kanesha and others supported her. “Getting support is how I got through cancer,” Cheron says. The website provides patients with inspiring survivor testimonies and links to resources. 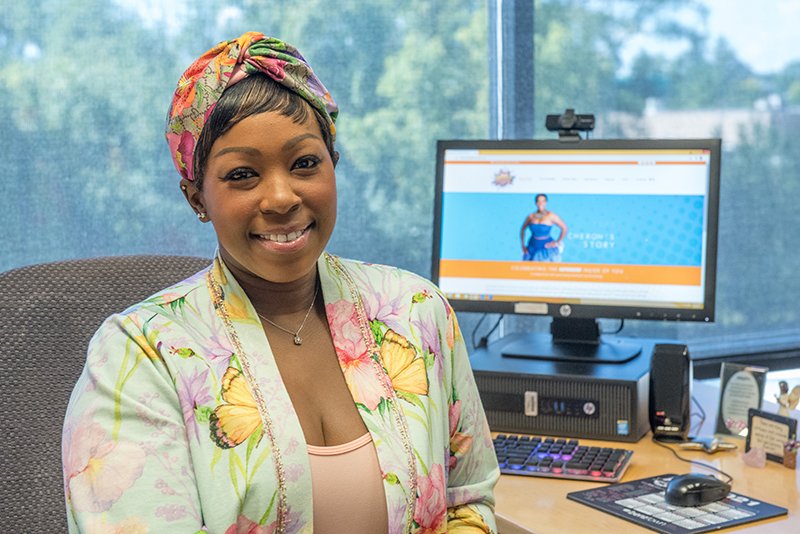 She has a mammogram message for women who don’t want one: “Never be afraid of what’s going on in your body. Take charge of yourself. I am a living example that early detection is key. If you ever get a cancer diagnosis, you can get beyond it and live a more purpose-filled life.”

It's quick and convenient to make your appointment online at any of our locations, where we are committed to keep you safe during your visit!
Schedule now 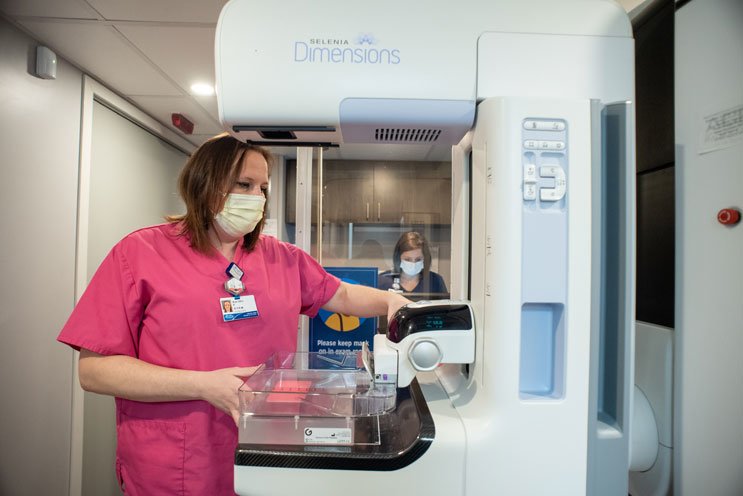 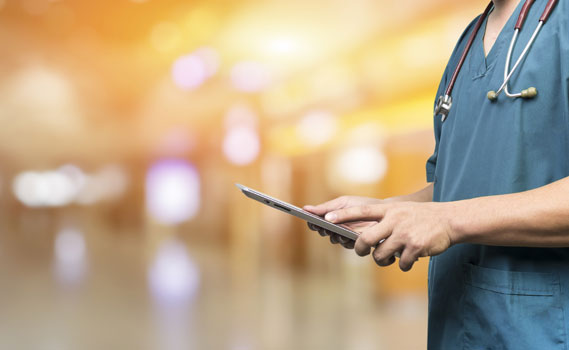 Connect with a Cancer Expert

Our cancer team is here for you in-person, by phone and virtually for all your cancer care needs.
Connect Now
Newly diagnosed?