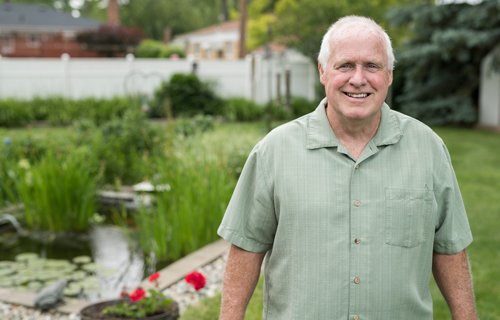 Robert Rocheleau could barely walk a flight of steps without huffing and puffing, and his chest pain was affecting his quality of life. Then suddenly, it got worse.

“It puts you to your knees, how bad it hurts, like someone just punched you in the chest or took your heart out and just squeezed it as hard as they could,” Robert says.

He was used to being in pain. After developing coronary artery disease, or narrowing of the heart’s arteries, Robert suffered a heart attack in 2003. He underwent a bypass surgery, where he died on the table before being revived. Then years later, he underwent another procedure, a double bypass. After both surgeries, his angina chest pain would go away, then come back.

But this time, he knew something was different. Something was wrong. He went to the hospital, where the Henry Ford team told him his bypasses had collapsed and he had suffered another heart attack. After an unsuccessful attempt to open the blockage with an initial intervention, Robert needed another option.

“Before… I limited myself. I knew when to quit. You get tired of the pain all the time.”

He was referred to Dr. Khaldoon Alaswad, director of the Henry Ford Hospital Catheterization Laboratory, who told Robert he was a candidate for a minimally invasive procedure known as chronic total occlusion percutaneous coronary intervention (CTO PCI). Henry Ford is one of few to offer this bypass alternative, which uses catheters and tiny wires to drill through or around coronary artery blockages.

Given Robert’s history of multiple heart attacks and surgeries, the Henry Ford team also knew they needed to take extra steps to minimize his risk for complications and make the procedure as safe as possible. This included using radial access (through the wrist), a technique that Dr. Alaswad helped to pioneer, which allows for a safer and more comfortable CTO PCI experience. In addition, the Henry Ford interventional cardiology team are experts in the use of temporary heart pumps to help support patients like Robert whose heart muscle is already weakened from the blockage.

Robert underwent the CTO PCI procedure, which restored blood flow to his blocked heart arteries. He soon noticed the difference. After almost two decades of dealing with chest pain and being limited in his activities, he could finally get more out of life. And he wasn’t going to take it for granted.

“Before, I did what I wanted. But I limited myself,” Robert says. “I knew when to quit. You get tired of the pain all the time.”

Since recovering, Robert feels great and has been walking longer distances without losing his breath, and he experiences less chest pain. He’s also lost some weight and is working on adopting other lifestyle changes to make the most of his new life. 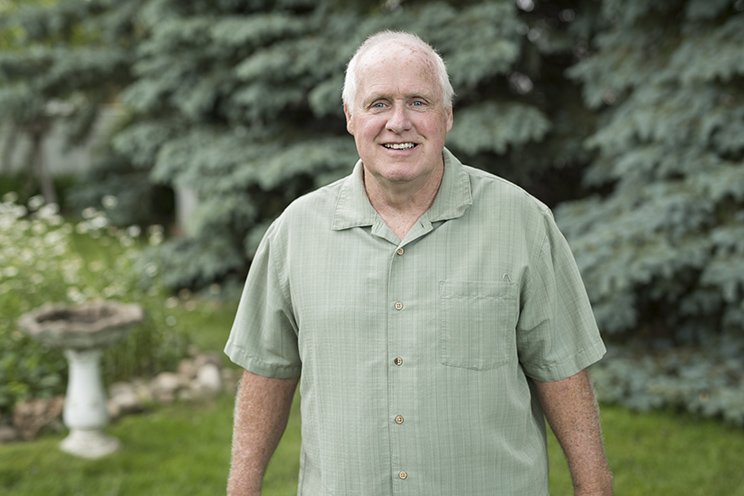 Over two decades of chest pain and limited activities, Robert could finally get more out of life. Thanks to the heart experts at Henry Ford who offer a bypass alternative, a procedure known as CTO PCI.
Get the heart care you need.
Let us help you schedule an appointment with a cardiologist.
Request an Appointment
Heart Tips, Recipes and Research
Find tips on eating healthy, staying fit and reducing stress to advice on chronic disease management. We have many articles and recipes to help support a healthy heart.
Get Heart Smart
Know your heart risk in just 5 minutes! Take our Get Heart Smart quiz today and you will get a personalized heart risk report that could help you live healthier and longer.
Cardiac Rehabilitation
Cardiac Rehab is designed for patients who recently had a heart attack, heart surgery, or a condition like stable angina and heart failure.
X