‘This Moment in Time’ 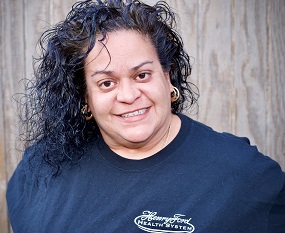 DETROIT – For her favorite pastime Mary Cuevas has taken thousands of photographs over the years. Sunrises and sunsets. Oceanfronts. Family and friends. Manhole covers. Rocks. A day doesn’t go by without her taking a picture of something no matter how incidental.

At last count, she had more than 49,000 photos stored on her laptop. And that’s just since December.

But nothing has moved this unit clerk in the Emergency Department at Henry Ford Hospital quite like her most recent project. She calls it “This Moment in Time.”

For the past two months she has amassed a collection of photos taken of her Emergency Department colleagues. The photos were taken at close range (12 inches) and capture their face covered by a facemask, a crucial part of the personal protective equipment worn by health care workers when caring for COVID-19 patients. Some are also wearing a scrub cap.

The faces are of doctors, nurses, technicians, housekeepers, patient advocates, security officers, respiratory therapists, unit clerks, radiology technicians, physician assistants and “anybody who was willing to stand in front of my camera.” Each was taken at a moment in time on their shift. 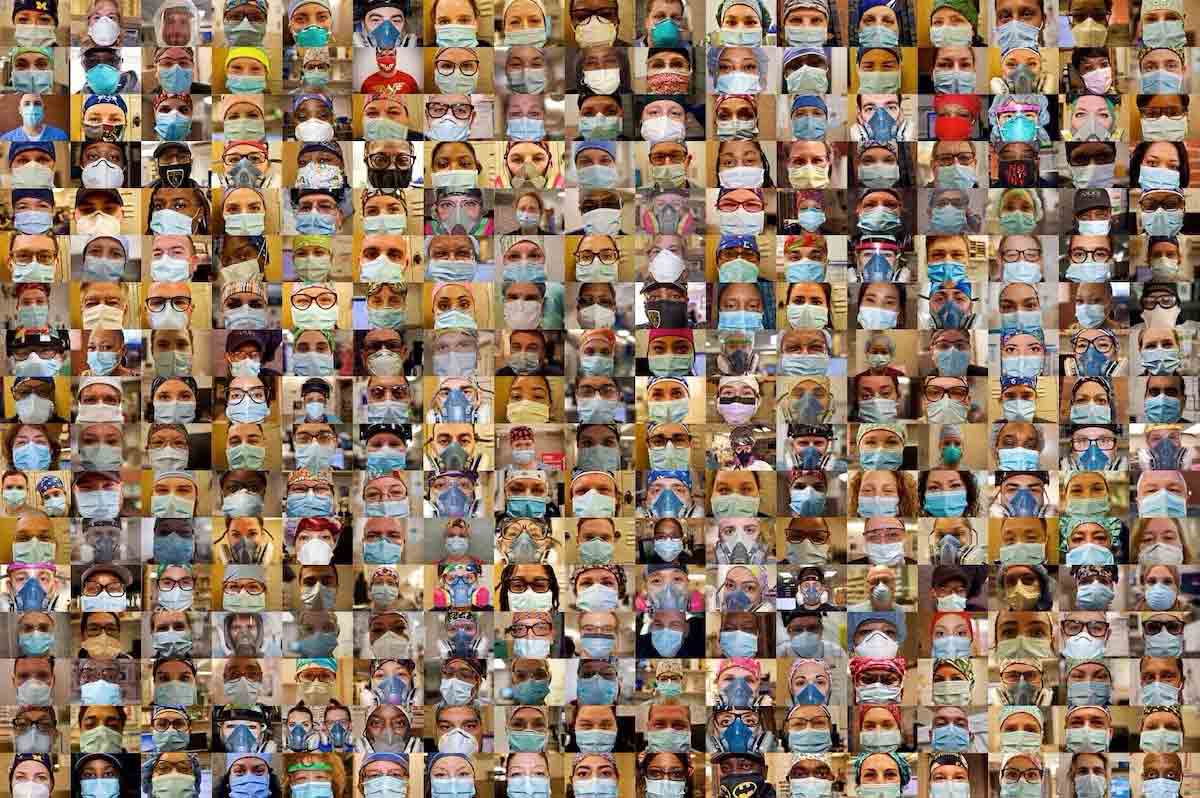 “I wanted to mark this moment in time for them,” says Cuevas, who will celebrate her 26-year anniversary at Henry Ford on May 31. “I wanted them to have something that they could say 'these are the people that we fought the virus with'. Seeing people through their eyes really tells the story.

Cuevas’ project was inspired by a friend’s photo mosaic. Hoping to avoid any appearance of imitation, she spoke to her friend about wanting to do a photo mosaic with a “little twist.” Cuevas wanted to feature more people.

“I didn’t want to offend anyone,” she says. “I asked her how she did it and was it OK if I did it this way. I wanted to tell a larger story, so I made my mosaics much smaller.”

Cuevas had been longing for something to keep her occupied when sheltering in place at home during the pandemic. One can only do so many puzzles. Because she works in the Emergency Department – the entry point for COVID-19 patients who are admitted to the hospital – she has not seen members of her family who live throughout the metro area since the last week of February.

After Cuevas’ first few digital photo mosaics made such a splash on social media and in the Emergency Department, more staff were eager to be photographed.

Cuevas was struck by the messages of inspiration, hope and gratitude that people wrote on social media after seeing the individual digital mosaics. “It was emotional for me, it was overwhelming,” she says. “It brought tears to my eyes to see what a little gesture did.”