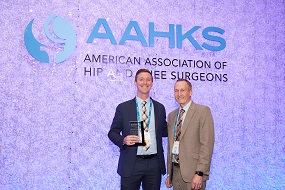 Foot Fractures from Slips and Falls Are Risks for Older Adults 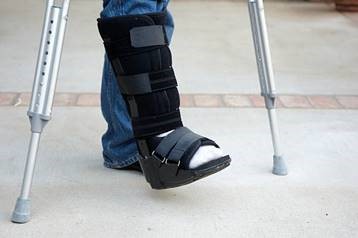 DETROIT (December 1, 2020) – Older adults are more susceptible to bone fractures like the one suffered recently by President-elect Joe Biden, says Henry Ford Health System orthopedic surgeon Erik Eller, M.D. But the injury should not have any lasting effect for the 78-year-old Biden. 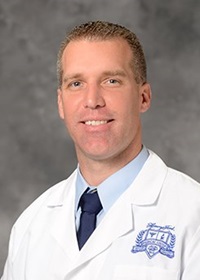 The President-elect suffered a hairline fracture in his right foot while playing with his dog, Major, over the Thanksgiving holiday weekend. His personal physician said Biden would likely require a walking boot for several weeks, which he could be seen wearing during a news conference to announce his economic team this afternoon.

“Fortunately, this is a low energy injury with no displacement of the fractures and no injury to the ligaments,” said Dr. Eller, co-chief of the foot and ankle division in Henry Ford’s Department of Orthopedic Surgery. “A walking boot is the best conservative course of care for this type of injury.”

The type of injury suffered by the President-elect is known as a Lisfranc fracture dislocation and may be most common among athletes. It accounts for only 0.2% of all reported fractures each year, and as many as 20% of these injuries are missed during initial examination.

“Being older may make one more susceptible to these types of fractures as our bone quality tends to decrease with age,” said Dr. Eller. “Given the general nature of his injury, I would expect him to recover over the next 4-8 weeks, which is a normal amount of time for anyone who sustains this type of injury.”

The typical course for recovery includes a walking boot for 4-6 weeks and then a “stiff” shoe. X-rays would be taken about a month into recovery to evaluate how the injury is healing.

“It is unlikely this injury will have any lasting effect,” Dr. Eller said, adding this type of injury can occur from every-day activities and simple mishaps like stepping awkwardly or twisting a foot.

“One of the biggest problems with wearing a boot is that it creates a leg length discrepancy since the boot is higher than most shoes,” said Dr. Eller who recommends patients wear an orthotic shoe lift in their opposite shoe to make walking easier and place  less strain on the hips and back. Additionally, wearing shoes with a higher sole can also help.

While Biden is not likely to be sloshing through snow this time of year, wearing a walking boot can be challenging for anyone no matter their age. Dr. Eller suggested these helpful tips: