Back Into a Rhythm 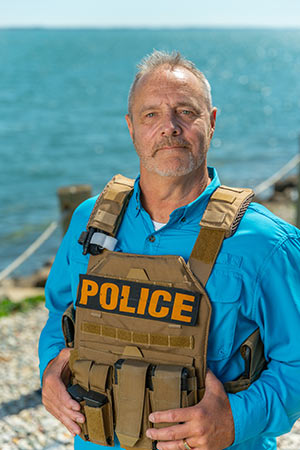 “I thought it was from my job,” says John, a Southgate resident and detective with the Grosse Ile Police Department, who for the past 16 years has been assigned to the Drug Enforcement Administration. “I would get super excited about what I was doing and feel an adrenaline dump, and my heart would start going wonky.”

He didn’t know it at the time, but he was experiencing atrial fibrillation (also known simply as AFib), which is a type of arrhythmia, or irregular heartbeat, that affects the upper chambers of the heart. When your heart is healthy, electrical signals flow in an organized pattern through it, producing heartbeats with a consistent pattern and pace. Disruptions to this system can cause AFib and other types of arrhythmias.

When John first started experiencing his irregular heartbeat episodes, they were short in duration and there was a lot of time in between each occurrence.

“Then they grew,” John says. “Until it became the better part of a 24-hour period.”

It started to affect everything. “If it happened when I was at home, it became the focus of my day,” he says. “If my wife and I had to go somewhere, I would cancel. Same thing with work. If I had an episode prior to starting, I would have to call in. And I would sometimes get testy with my wife. It was becoming something I couldn’t ignore anymore.”

John was also experiencing erratic sleeping patterns due to his sleep apnea, which occurs when your breathing starts and stops during sleeping. He had developed this condition while serving in the military in Iraq. Now, sleep was fitful, and he was also having nightmares that were driven by post-traumatic stress disorder (PTSD).

“This would make my heart skip so bad while I was sleeping that it would wake me up,” he says.

When his heart rhythm issues advanced to the point that they affected everything, John was referred to Henry Ford Health. Now, this Grosse Ile police officer is back to his fast-paced career, with a stable heart.

Getting on stable ground 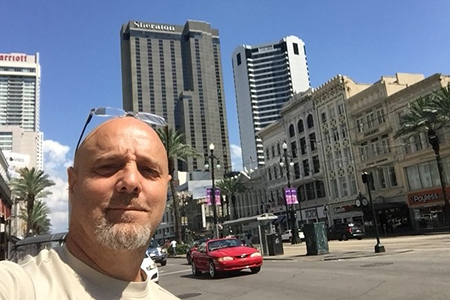 Even though John already suspected something was wrong with his heart, it hit him hard.

“I was just north of devastated,” he says. “Heart issues run on both sides of my family, and on some level I thought I was destined for an early death. But these were heart attacks, strokes and other plumbing issues. No one has had an arrhythmia.”

In their first meeting, Dr. Khan provided some reassurance to John. “He told me, ‘you’re not going to die today, we’re going to get you through this.’”

While John was impressed with Dr. Khan, the feeling was mutual.

“When I first met John, he stood out,” Dr. Khan says. “He has a great personality, and a very high-stress job. I appreciated his service to the community, and I wanted to support him however I could so that he could focus on his job.”

“We can do all of the medications, all of the procedures, but if the patient doesn’t commit, they won’t get as good of an outcome,” Dr. Khan says.

“He told me I needed to reduce my alcohol consumption and give up dipping tobacco,” John says. “I was pretty adamant about fixing this, and I was willing to do anything.”

“Given his young age and his lifestyle, heart ablation was the best option for John,” Dr. Khan says. “We are also learning with clinical trials and research data that early management of AFib offers a better chance of long-term success.”

In January 2016, John went in for his heart ablation procedure, staying overnight at Henry Ford Hospital.

“I had to lay flat with a weight on the leg artery where they had inserted the catheter tube,” he says. “This initial recovery was brutal, but I noticed some immediate improvement with my heart rhythm. I felt cured.”

Dr. Khan warned John that he might have some residual symptoms as the ablation takes time to work. He also worked with John to make sure his post-surgical treatment meshed with his job as a police officer.

“I needed to be on a blood thinner for 60 days after the procedure,” John says. “Dr. Khan wanted to make sure I was on the right one, so that it could be reversed if I got a gunshot wound or cut.

“It’s hard to describe the support Dr. Khan gave me through all of my AFib treatment. His words and his voice would calm me down and he was constantly reassuring me. He gave me his phone number, and we talked whenever I needed to. Even a couple of times when he was on vacation. Even when his father passed away, he was still answering my texts. He truly has been a blessing for me.”

Following his procedure, John had periodic follow-ups with Dr. Khan, which tapered off over time as he fully healed from the procedure.

“But we would still talk regularly throughout the years,” John says. “He’s a hero in my book and in my mind. What every young doctor should aspire to be. He has treated me like a family member, like a brother. There is compassion in every facet of what he does.”

Dr. Khan is also still helping to ensure John gets the best treatment available, even when it’s not from him.

While John was seeing Dr. Khan for his AFib, he was also getting treated by the Veterans Administration for other cardiovascular conditions, including high blood pressure and high cholesterol. As with his AFib, these advanced to the point where he needed a specialist.

“I hadn’t seen Dr. Khan for a couple of years, but just saw him recently,” John says. “It was time to find a cardiologist for the plumbing side of my heart issues and I wanted his recommendation for a Henry Ford doctor.

My wife came with me to see him. She truly loves him and everything he’s done for us. He brought great comfort to her when I was getting my procedure done.”

As John looks back over his treatment experience, he’s grateful for everything that Dr. Khan and the Henry Ford Health team have done for his heart, and for the freedom he has regained to pursue his life and career without limitations.

“I’m a police officer whose heart can now keep up with my work. I Am Henry.”