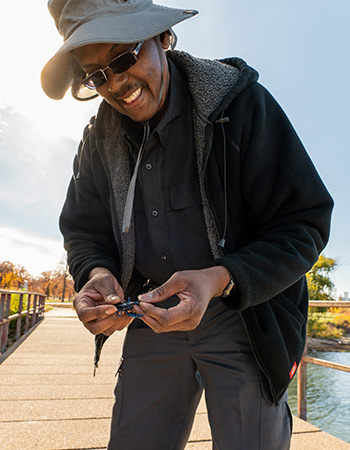 Having worked the midnight shift as a security officer for AAA in Dearborn for 32 years, Mr. Dana Sturges was doing something unusual – watching a home camera focused on his mom, who suffered from cancer and dementia. Although he had previously managed two full-time jobs for 18 years, he wasn’t prepared for the extreme stress of caregiving, the eventual loss of his mom and his own cancer diagnosis. In an uncommon arrangement, he would eventually ask a friend for a favor: Treat the prostate cancer. Radiation oncology specialist and the Director of Breast Radiation Oncology at Henry Ford, Eleanor Walker, M.D. would provide expert care for an exceptional friend. But first, Dana would see a different physician.

Weeks after his mom died, Dana saw a doctor not affiliated with Henry Ford, hoping to change his blood pressure medication. Blood tests were done, including a PSA test. Following the recommended prostate biopsy, Dana met with the physician.

“The doctor simply said that I had prostate cancer, and I probably had 10 years to live. Then he turned away from me and talked to the intern. My heart just sunk. It hit me like a brick. I was scared to death,” says Dana, 62. “You never want to see your doctor totally ignore you. That doctor took the hope out of me. The man might have cared, but he didn’t act like it.”

Even though he didn’t want to worry a friend, Dana called Dr. Eleanor Walker. “I knew Eleanor for about 20 years, and I trusted her. She said she couldn’t be my doctor because we were friends. I kept coaxing her because I knew she was good at what she does. Finally, I talked her into it,” says Dana who claims his “specialty” is fitting in with anyone, anywhere. 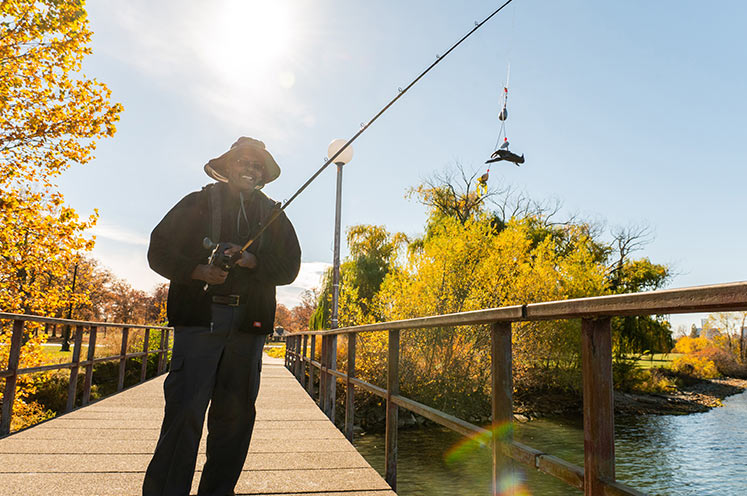 When Dana Sturges learned he had prostate cancer, he asked for help from his physician-friend. Then oncologist specialist treated him with highly effective, modified radiation. Black men are at a higher risk.

Our team of prostate cancer experts work together to ensure you receive an accurate diagnosis and treatment plan based on your unique needs.
Meet the Team

“Eleanor made it easy to understand the treatment. She also gave me a book to make sure I was well informed. Our conversations were healing. She had me so relaxed that my mind was prepared for the treatment. Her confidence spilled onto me.” says Dana. “Before treatment, she had me going to exercise classes, walking, lifting weights and riding a stationary bike.” These resources are part of ExCITE, Henry Ford’s exercise and cancer integrative therapy education program. “Dana was very proactive about his health, which allowed him to be diagnosed at an early stage, when prostate cancer is most treatable,” says Dr. Walker.

The cancer, stage IIC, was fast growing on one side of his prostate, but it had not spread to Dana’s lymph nodes, surrounding organs or bones. He had the option for surgery but chose radiation treatment.

“Our MRI-guided linear accelerator allows us to do adaptive treatment. We can visualize the tumor as it’s being treated and make adjustments. For example, if the patient moves or experiences gas during the treatment, radiation stops. When movement ends, positional adjustments are made and precision radiation resumes,” says Dr. Walker. “Henry Ford was the first in the U.S. to obtain this machine, and now we have two of them.”

In this country, Black men develop prostate cancer more often and at a younger age than White men – and they are often diagnosed at advanced stages. So, Black men need to get PSA tests earlier, at age 45, says Dr. Walker. If a close family member had prostate cancer, PSA screening should begin at age 40. Data show that when Black men receive early treatment, they have better results than White men. If more Black men could be diagnosed earlier, they could be cured.

During the weekday treatments, Dana never missed a night of work. When his shift ended at 7 a.m., he went to his 8 a.m. treatment. There, technicians played Dana’s favorite music – blues and R&B. 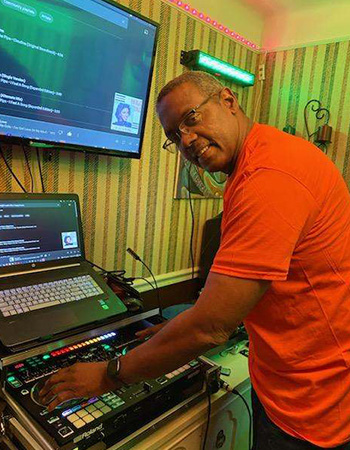 “I love all kinds of music,” says Dana from his Detroit home. His DJ equipment covers his dining room table, and when guests arrive, he drags out his karaoke microphones and convinces people to sing. “I torture them with my bad singing and dancing,” laughs Dana.

The most surprising part of Dana’s treatment? No pain, no peeling, no burning sensations. “But my bladder was a little weak, and I had to wear undergarment liners,” laughs Dana who does Kegel exercises. Relief also comes from acupuncture, a treatment included in Henry Ford’s Supportive Oncology Services.

After treatment, Dana received antitestosterone hormones, and he recalls laughing when he realized he was having a hot flash while on a fishing trip. “You had to laugh to keep from crying. I was even afraid I’d have to wear a training bra,” joked Dana.

Hormone therapy is given for about two years to stop the production of testosterone which can fuel prostate cancer growth. 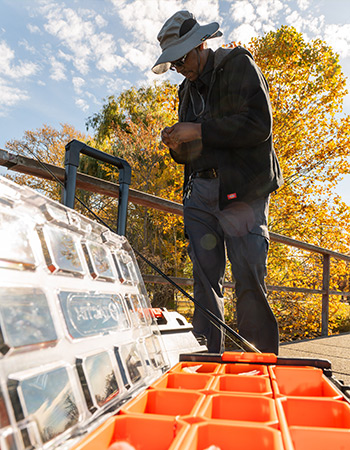 Faith and friends have played a role in Dana’s recovery. “I believed I was going to be fine, and I was fine,” says Dana. His long-time friend Charissa Moss came to all his treatments and on his birthday, she brought balloons and hats for his hospital caregivers.

Dana is able to enjoy hobbies such as fishing and DJ-ing post-treatment and finds music and fishing therapeutic and relaxing.

Dana’s advice: “Get regular check-ups, especially if you’ve experienced very stressful life events. Cancer is a scary word, so make sure your doctor is in your corner. And try to keep a positive attitude – it goes a long way, and it can change everything.” 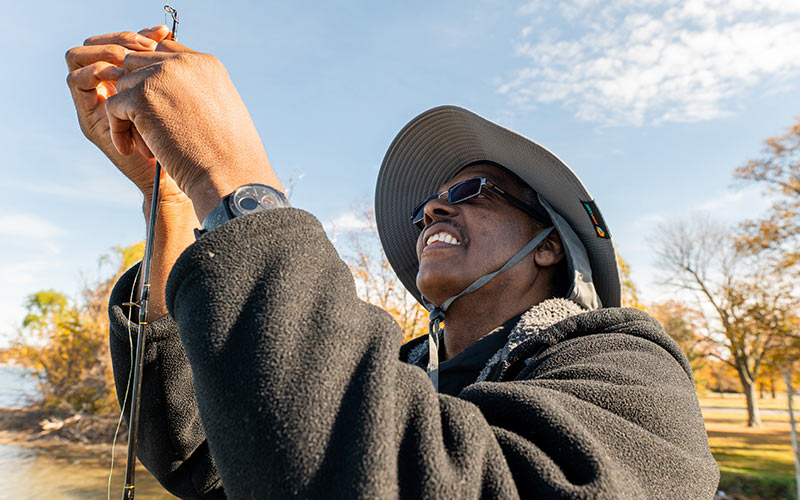 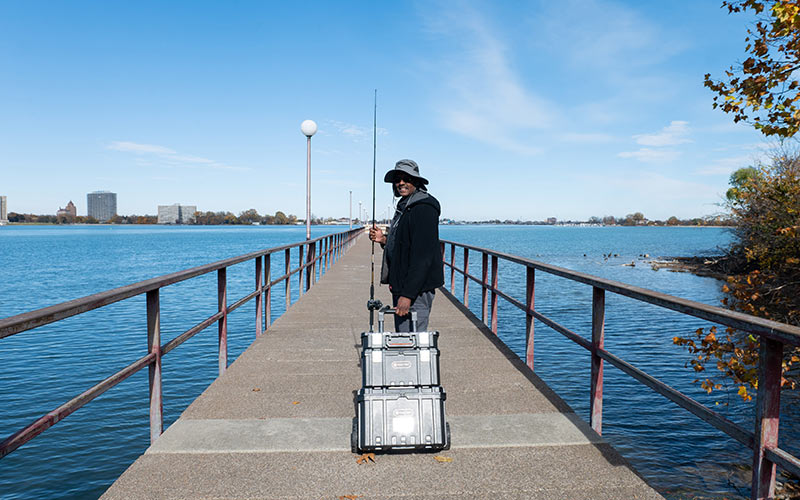 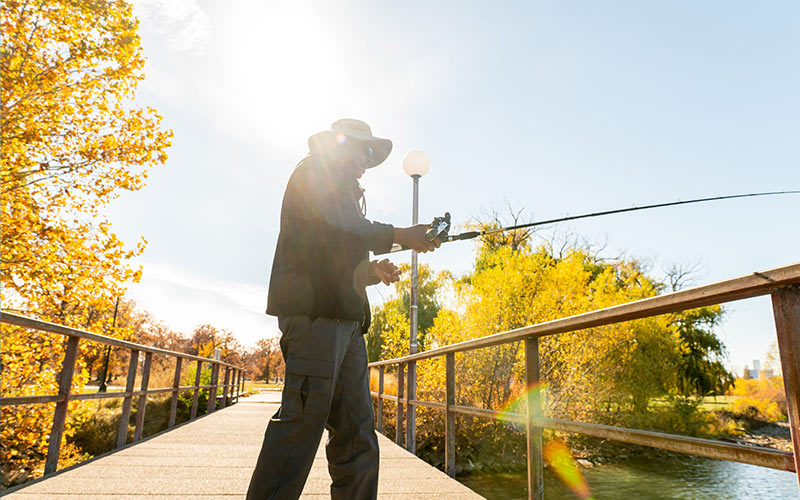 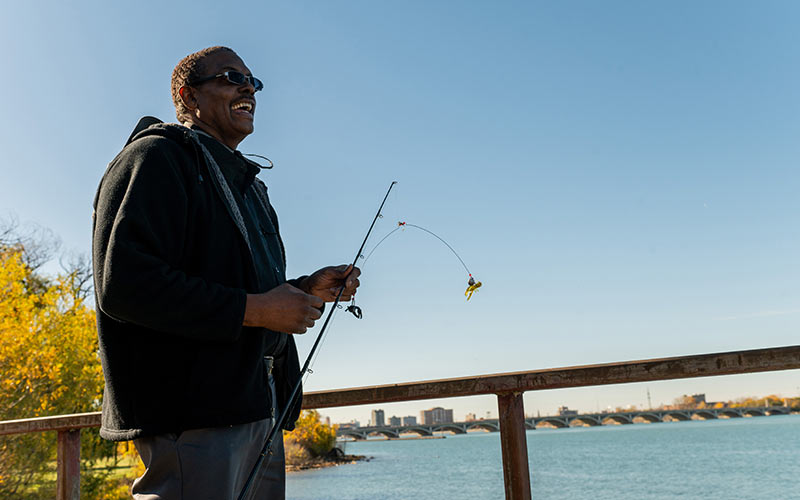